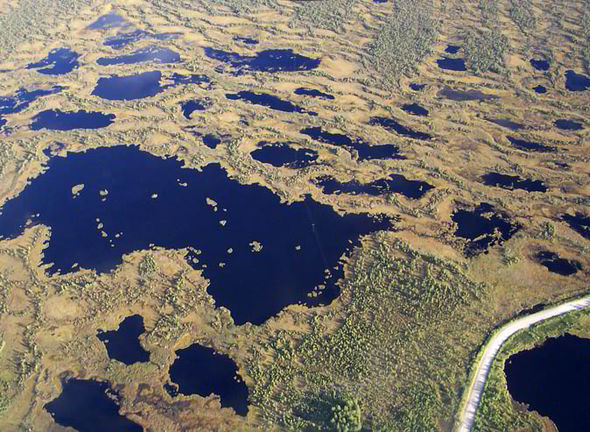 Vast swathes of marshland in Siberia are starting to emit greenhouse gases. Image: The Siberian Times

A devastating and sudden acceleration of climate change which is currently being sparked could result in “awful consequences”, a leading scientist has warned.

Experts have said thawing permafrost in little-known peat bogs in the frozen Russian wilderness could expedite the global warming process.

Vast swathes of marshland in Siberia are starting to emit greenhouse gases 30 times more potent than carbon dioxide into the atmosphere. The threat comes from bogs around the size of mainland France which absorbed carbon dioxide over thousands of years before freezing over during the last Ice Age.

Now for the first time in 11,000 years, the thick permafrost under these bogs is beginning to thaw rapidly and form lakes.

“Bogs are extremely important for humanity. They function as a sort of natural freezer as they don’t let the carbon build up in the atmospher. However, the permafrost in northern areas of western Siberia has started melting. As the permafrost thaws, it creates new lakes and old ones get bigger.

All the organics trapped in permafrost start decomposing rather quickly. Obviously, a lot of greenhouse gases, such as carbon dioxide and methane, are released into the atmosphere. Methane is a greenhouse gas 30 times more potent than carbon dioxide.”

He warned: “On top of that, the ice shelf is also thawing, releasing methane hydrates and something really awful is happening.”

The bogs cover as much as 80 per cent of western Siberia and within this region is the 10,000-year-old Vasyugan Mire, which is larger than Switzerland and famous for its rare flora and fauna.

The largest bog in the world, Mr Kiroptin calls it a natural resource for studying climate change equivalent to the manmade Large Hadron Collider as a testing ground for particle physics. He urged scientists to urgently utilise its potential to study its changing conditions.

Environmentalists and climate change scientists have long known about the potential disaster in the Arctic as a result of rising global temperatures.

The sea ice is already at the lowest ever level recorded, with WWF warning that a rise of just two degrees Celsius would be enough to melt the remaining floes. Experts have warned not only about the impact of rising sea waters, but the knock-on effect with some marine life disappearing and delicate eco-systems being placed under threat.

According to environmentalists this would spark increasing numbers of forest fires and unpredictable storms and, at worst, bring a halt to the Gulf Stream which warms Europe.

Now evidence from Siberia is showing that the overall situation could be worsened, and speeded up, with the release of deadly gases from the melting bogs.

Prof Kirpotin, the director of the BioClimLand Centre of Excellence for Climate Change Research in Tomsk, first reported the permafrost melting 10 years ago. At the time he warned that if the thaw worsened it could result in an “ecological landslide that is probably irreversible”.

Now he believes it will directly increase the pace of global warming. 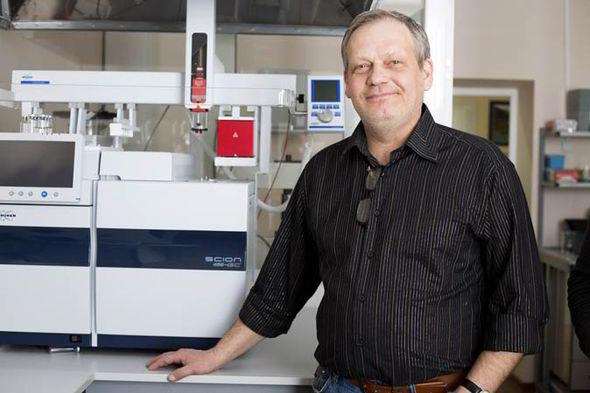 He said: “The climate has always been changing, but the pace of change and its scale is not only critical but also unprecedented. The environmental system cannot catch up with this change.”

The new warning comes after another Russian expert said the Arctic could be completely ice-free within just 40 years.

Nobel Peace Prize winner Professor Oleg Anisimov said there is now evidence that temperatures are rising faster in the frozen region than the rest of the planet.

It would mean open water at the top of the world by 2050, with nothing more than a few floating icebergs where the North Pole was once located.

The US-based Natural Resources Defence Council said it is vital to pay attention to environmental changes at the top of the world.

On its website it states: “The Arctic is global warming’s canary in the coal mine. Most scientists view what is happening now in the Arctic as a harbinger of things to come.”

By Will Stewart. Source: Express