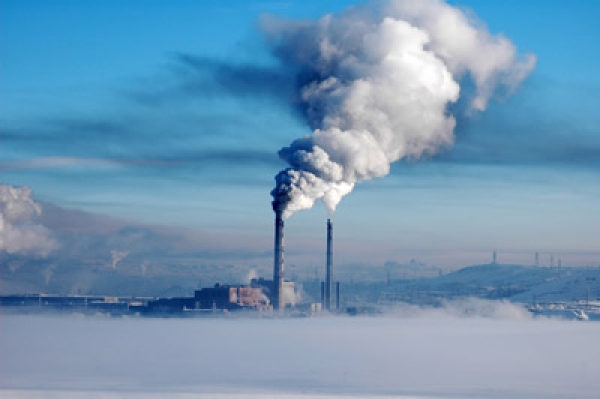 Balancing the climate change issue with sustainable energy and the threat of carbon shortage is no easy task for South Africa, but carbon trading might just help.

South Africa relies very heavily on coal for electricity generation and for powering the cement-and-steel-manufacturing industries. Although the entire South African region is host to some of the world’s largest coal deposits, it is in danger of running out. The region is energy-thirsty and consumption is on the increase as the nation grows hungrier for power. Approximately 75% of electricity in Southern Africa is generated from coal-burning power plants.

With expansion projects by utility Eskom and energy and chemicals group Sasol, the continent’s demand for coal is expected to increase sharply over the next 10 years. In response, Eskom is building two new power stations and has re-commissioned an additional three power stations. Domestically, South Africa consumes almost 190-million tons a year of coal, which is expected to increase to 250-million tons a year within the next decade.

Alternative energy sources such as hydro-electric, solar; wind and nuclear power are very limited and are still in the developmental stage. This does not make for a sustainable power generation scenario. In addition to this, coal contributes to the escalating level of greenhouse gases which has reached shocking levels of around 400ppm. Experts say that this incredibly high level is already contributing to climate change. According to Glenn Hodes-Senior Program Manager (UNEP), levels of 450-550pm will cause irrevocable changes, leading to catastrophic damage.

As a coal-hungry nation, the South African government has a responsibility to work towards cleaner power generation. However, the country cannot replace its coal power stations with renewable energy overnight even if the region hosts abundant natural resources. Challenges such as finance and skill-sets stand firmly in the way of an energy revolution.

This is where carbon trading and carbon project development can help develop the country’s power market. According to Hodes, the carbon market will help to level the playing field by making renewable projects more attractive to investors. Small-scale renewable projects (less than 50MW), which are plentiful in South Africa due to dispersed populations, have always struggled to obtain finance from large companies and banks. However, with carbon trading, more attention will be brought to these projects. “This would certainly address the poverty issue more effectively as the power is closer to where the demand is,” explains Hodes.

Some will argue that coal is cheaper than renewable energy but Hodes points out that the gap is closing in the cost between renewables and fossil fuels. Hydropower and geothermal power in Africa is becoming cheaper per kwh.

Hodes explains that if there is a price on carbon, whether through tax or a trading regime, private companies will be incentivized to invest in renewable energy projects and technology. He adds, “I think the private sector is for carbon trading. They are all for it. It sets a clear market signal.”

But why hasn’t carbon trading taken off? Hodes blames this on uncoordinated attempts, regulatory and policy challenges. He explains that the implementation thereof and global connections can make it a challenge for carbon trading to work. There have also been circumstances under which baseline-and-credit CDM schemes have resulted in the maltreatment of indigenous peoples and their environment. There have also been cases of trade fraud and accounting discrepancies.

Lack of awareness a problem

Low levels of awareness as to how to access this market as well as a poorly resourced department are also to blame, according to the experts. South Africa has already missed a number of opportunities as it failed to capitalize on the first commitment period (2008 to 2012) of the Kyoto Protocol. Until the 17th international annual climate conference, COP17 in 2011, opportunity for South African carbon project developers was mostly to generate and sell carbon offsets (CER’s). These CER’s were sold from countries classified as “developing countries” to companies in “developed” countries which are bound by the emissions reduction targets of the Kyoto Protocol to reduce annual greenhouse gas emissions.

The Clean Development Mechanism has in the past, given South Africa the opportunity to benefit from by registering carbon credits or CERs. Other developing countries such as China, India and Brazil managed to register hundreds of emissions reduction projects under the CDM and got developed European countries to finance sustainable development in their countries.

Currently, only 22 South African Project Design Documents (PDDs) have been registered by the CDM Executive Board as CDM projects, with only 9 having actually issued CERs. In comparison to other developing countries, South Africa seems to have missed out on significant clean development opportunities.

However, when the 2014 South African carbon tax comes in to effect, the demand for carbon credits via the voluntary market in South Africa will transform the country’s carbon trading. To ensure increased tax free thresholds, companies will be encouraged to reduce their CO2 emissions. To help them reduce their emissions in order to reduce tax liabilities, South African companies will most likely be able to purchase carbon credits from verifiable projects to offset a proportion of their carbon obligation. This means that there is great scope for South African carbon projects to sell their credits in South Africa to local companies via a regional carbon trading scheme.

There is talk that companies will be able to offset their tax liability by buying local carbon credits equivalent to 5 to 10% of their carbon tax liability. This will have a huge impact on the liquidity of the local market as a result of increased demand for local credits which will see a major boost to local carbon project development.

According to Hodes, there are exciting times ahead for Africa’s energy sector. He explains that now than ever before, there is a great deal of international interest and willingness to fund renewable energy projects. He points out that policy-makers must work alongside entities like UNEP to ensure a good regulatory environment and that there are sustainability guidelines in place to promote the right kind of energy, technologies and appropriate energy mix. By doing this, a carbon intensive future can be avoided.

Currently, the carbon trading market is in its infancy with US$180bn in credits traded last year. By 2020, analysts say that this number will jump to US$1 trillion by 2020. Private companies are starting to realize the benefits of carbon trading. While they enjoy the incentives and tax benefits, renewable energy projects (that were probably never going to be realized) are finally being financed. Even the environment gets to benefit for a change. However this is with a backdrop of chaos in the European cap and trade carbon market with has all but collapsed. The models for success still seem unclear.