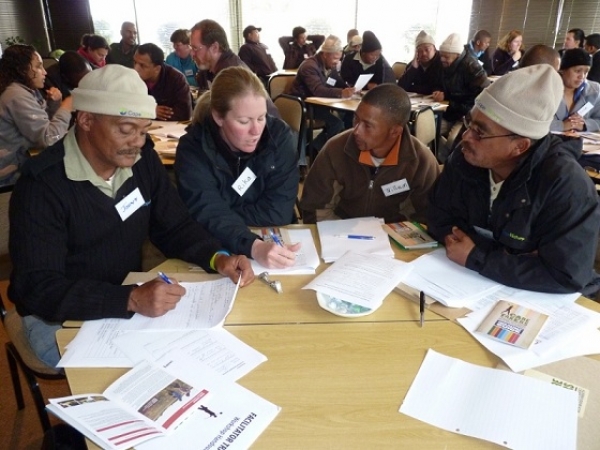 Has film played a significant role in your life? Have you ever watched a film that influenced your direction, or changed the way you feel or what you do? Laurence Dworkin and George Davis, coordinators of the CareTakers project, believe that film can indeed change the way we feel, think and act.

Laurence is Director of an NGO called Social Transformation and Empowerment Projects (STEPS). He has had extensive experience of using short documentary films to encourage social change in relation to issues such as HIV/AIDS, democracy and poverty.

A few years ago, Laurence teamed up with George from the South African National Biodiversity Institute (SANBI) to develop a series of short films that tell the stories of dedicated South Africans who, despite massive challenges, are passionately caring for nature. As the Green Times banner puts it, these people clearly demonstrate a ‘reverence for life’.

With funding from the National Lottery Distribution Trust Fund, CareTakers has to date produced ten short films (12-22 minutes in length), and are in the process of producing another six. The films are richly varied, covering diverse parts of the country, from the marine environment and Knersvlakte, to the fynbos biome and Eastern Cape coastal region. Some of the characters include a nature reserve manager from the Cape Flats, a young conservator working at the Dassen Island penguin colony, a fynbos harvester from the Agulhas Plain, and a woman who rehabilitates vultures in the Magaliesberg. 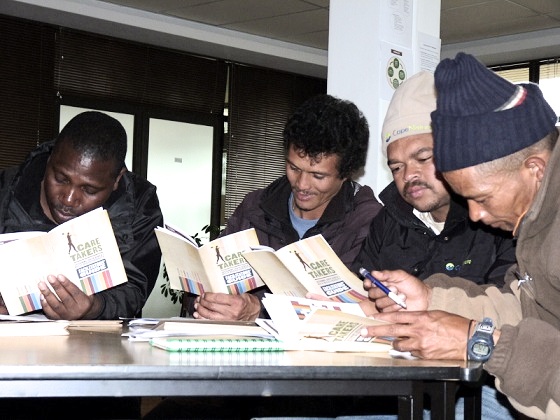 CapeNature staff members selecting CareTakers films appropriate to their work contexts at the workshop in Porterville.

Like many other movies, the CareTakers films are both entertaining and educational – but this is not all. What makes them special is that they are designed to be screened by trained facilitators, who involve the audience in a process of responding to the story, applying the experience to their own lives, and considering how they might respond. As groups discuss ‘what came up’ for them, many find themselves motivated by the commitment of the characters, the beauty of the settings, and the possibility of making a difference in their own contexts.

In August, assisted by trainers Amanda Younge Hayes and Alice Ashwell, CareTakers embarked on a programme to train interested individuals to run facilitated screenings. Workshops have been offered at the Wildlife and Environment Society of Southern Africa (WESSA) headquarters in Tokai, as well as for CapeNature staff members in Porterville and Oudtshoorn.

There has been an enthusiastic response to both the films and the facilitated screening methodology. Prospective facilitators have identified diverse contexts in which they would like to try out their own film screenings. Educators recognised the potential to promote nature-related careers and to make learners aware of South Africa’s diverse natural heritage; people involved in youth development identified The Manager as a movie that could inspire youth affected by unemployment and substance abuse; and an environmental manager observed that the movies could re-ignite a sense of passion and purpose in her colleagues.

Now it’s up to the participants to take their DVD packs and go and play! The CareTakers project eagerly awaits feedback from this new wave of film facilitators.