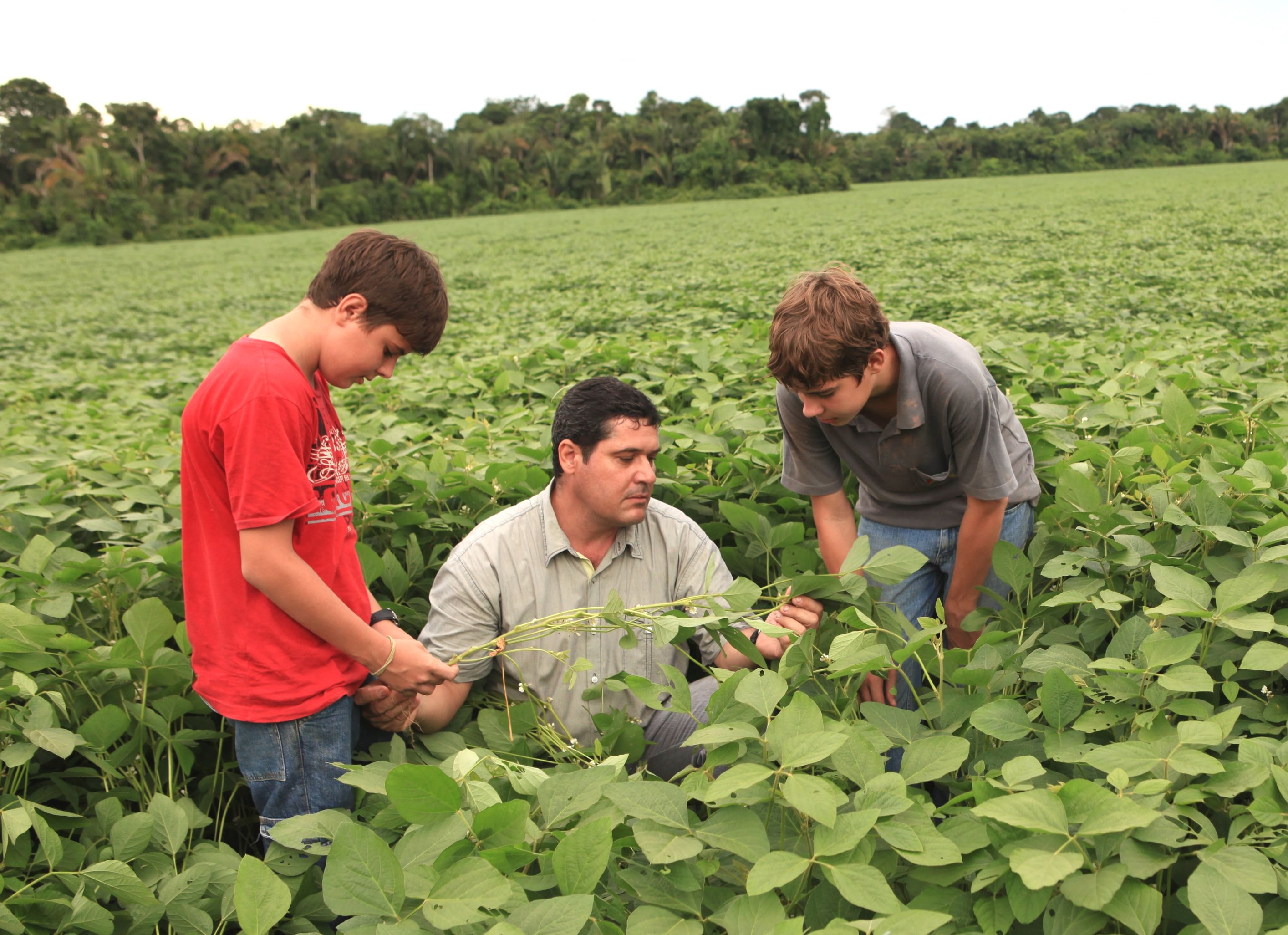 Cargill has announced a new $3 million grant to The Nature Conservancy (TNC) to protect the Brazilian rainforest and help farmers grow soy more sustainably. The grant expands a program that has already helped 383 farmers comply with conservation laws.

Since 2004, the Responsible Soy project has successfully promoted responsible soy production in the Santarém area in the Brazilian state of Pará, where Cargill has a soy terminal, by helping soy farmers comply with the Brazilian Forest Code. The success of the collaboration between TNC and Cargill is evident from the reduction in illegal deforestation in the farms participating in the project since 2006, reaching near zero deforestation in most farms.

Over the next three years the Responsible Soy project will be expanded to pilot and test monitoring systems for environmental impacts beyond deforestation, such as pesticide use and water quality, as well as extending the initiative to reach farmers in the adjoining state of Mato Grosso.

“Cargill and TNC’s partnership demonstrates that critical areas of biodiversity can be protected while the development of responsible agricultural production continues,” said Paulo Sousa, business unit leader, Cargill Grain and Oilseeds Supply Chain, Brazil. “We are supporting the scale up of the project to help ensure that the world’s increasing appetite for soy is met through environmentally sustainable agriculture that protects the Brazilian Amazon.”

Under the existing program, 383 farms in the Santarém area have become registered with the Pará state government and received their CAR (Rural Environmental Registry), the first step for farmers and ranchers towards compliance with Brazil’s environmental laws and an important tool to reconcile environmental conservation and economic development in the region. Cargill only purchases soybeans from those farms in this area that have obtained a CAR. 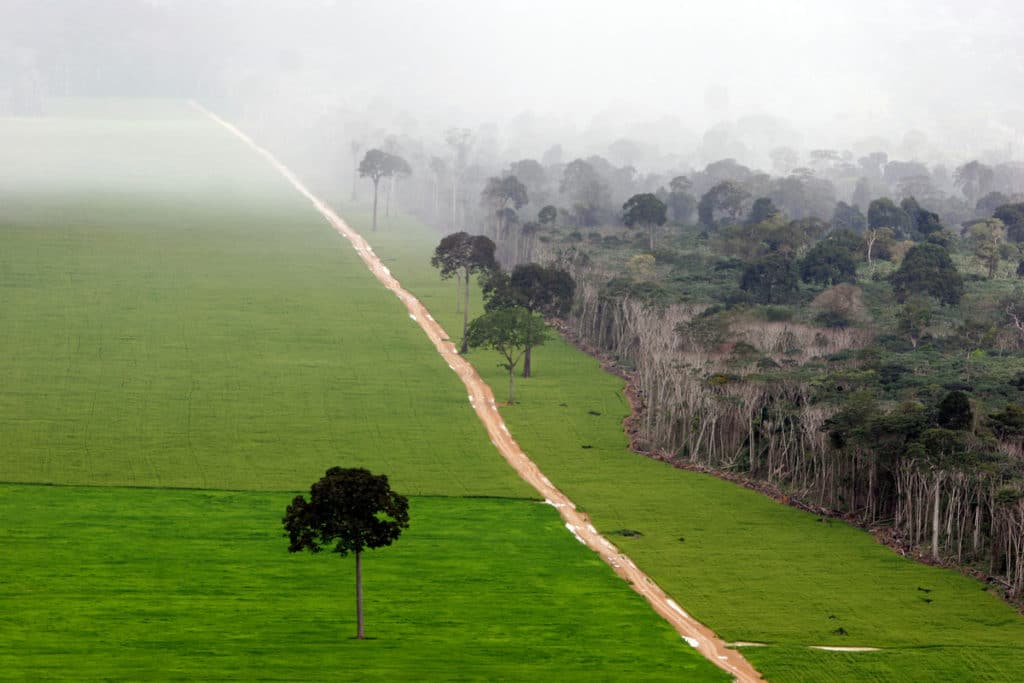 Soya plantation in the Amazon rainforest. The expansion of the soya industry is one of the main causes of deforestation in the region as huge areas are cleared to meet agricultural demand. Trees stand on the edge of a man made field which has been cut through the natural forest. Image: Greenpeace

This new commitment will allow TNC to continue to monitor deforestation using satellite imagery and field visits to detect any changes to land use and to help farmers meet forest code requirements. Additionally, it will provide on-the-ground assistance to enable farmers in the Santarém region to obtain a legally required license for rural activities, known locally as LAR. This will serve as an important model for the Pará state government to expand its licensing efforts.

“We know that we will not create a sustainable planet unless we engage the private sector in new conservation solutions. Recent increases in deforestation in the Amazon are troubling proof of that,” said Marcio Sztutman, acting director for The Nature Conservancy’s Amazon program. “We are working with Cargill to help farmers keep their trees standing and comply with the Brazilian Forest Code – a set of conservation rules in the Amazon that are among the strictest in the world. Besides helping Amazon farmers maintain the environmental balance on their farms, we are helping Cargill implement environmentally responsible sourcing decisions, piloting an effective model for others and most importantly, preserving the precious biodiversity of the Amazon.” 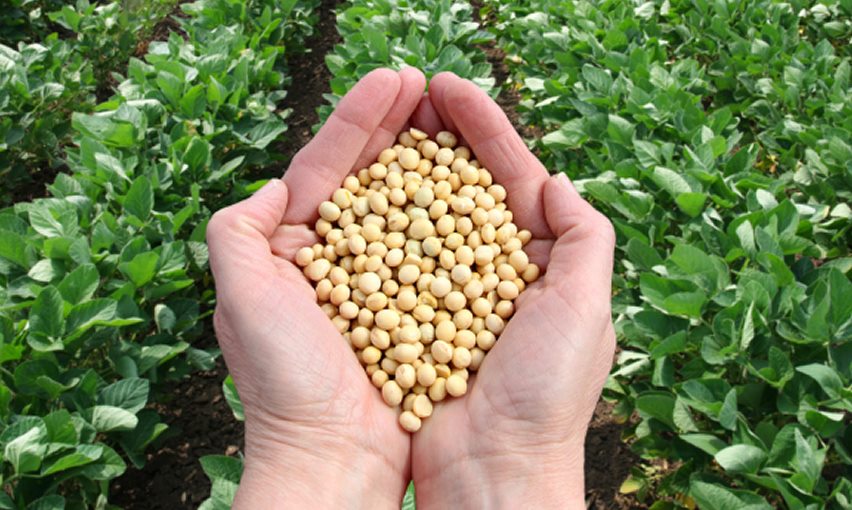 The $3 million commitment from Cargill will also enable TNC to launch a new effort to promote cocoa production in the communities of Tucumã and São Félix do Xingu in Pará state. Cocoa production is native to the Amazon biome and it offers an opportunity to restore deforested lands, while presenting small-scale farmers with an economically viable alternative to land speculation and cattle ranching. Furthermore, Cargill is supporting TNC’s ongoing work in Argentina to protect areas of high conservation value, including national and provincial protected areas.