You are here: Home / Archives for Articles / Climate / Extreme Weather 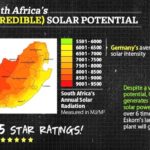 Africa Day 2020: African Climate Reality Project along with 25 fellow civil society organisations, are calling on the African Development Bank Group (AfDB) to immediately put in place and publish on the AfDB website a fossil fuel finance exclusion policy that states that the Bank will not fund, provide financial services or capacity support to any coal project on the African … END_OF_DOCUMENT_TOKEN_TO_BE_REPLACED 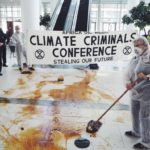 The Africa Oil Week conference at the Cape Town International Convention Centre this week is bringing together governments, investors, international corporations, and lobbyists, who - despite our imminent global ecological crisis – remain unchallenged by our politicians as they further push our world over the edge of collapse through their aggressively escalating production of … END_OF_DOCUMENT_TOKEN_TO_BE_REPLACED 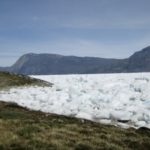 Many of the globe’s far northern regions have been experiencing extreme weather events over the past two months. Plumes of smoke have been picked up by satellites from wildfires across Alaska and Siberia and Greenland has experienced rapid ice loss as usually frigid regions have experienced heatwaves and record temperatures. As the Arctic faces extreme weather events caused … END_OF_DOCUMENT_TOKEN_TO_BE_REPLACED 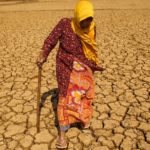 Scientists in Cambridge plan to set up a research centre to develop new ways to repair the Earth's climate. It will investigate radical approaches such as refreezing the Earth's poles and removing CO2 from the atmosphere. The centre is being created because of fears that current approaches will not on their own stop dangerous and irreversible damage to the planet. The … END_OF_DOCUMENT_TOKEN_TO_BE_REPLACED 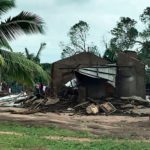 The destruction caused by Cyclone Kenneth, the strongest storm on record to hit Mozambique, may require another massive aid effort in a country still reeling from the year’s first tropical cyclone, the UN has said. With high winds and torrential rain, Kenneth made landfall in the country’s north on Thursday night, five weeks after Cyclone Idai devastated its centre. … END_OF_DOCUMENT_TOKEN_TO_BE_REPLACED 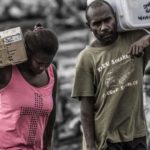 The death toll from Cyclone Idai keeps rising. Now, cholera is taking lives and threatens the survivors of the cyclone. That's the thing about these extreme weather events. It doesn’t end when it ends. Cyclone Idai has destroyed access to clean water and access to sanitation, escalating health risks for the survivors. The countless families hit by the disaster are strong and … END_OF_DOCUMENT_TOKEN_TO_BE_REPLACED 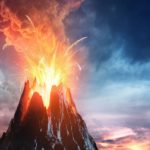 A volcano has erupted on the same island in Indonesia where an earthquake and tsunami last week killed at least 1400 people. Gift of the Givers has responded to a call for assistance from the President of Indonesia. Gift of the Givers search and rescue teams are heading for Indonesia today with highly specialised equipment, accompanied by a select number of medical … END_OF_DOCUMENT_TOKEN_TO_BE_REPLACED 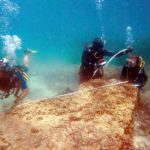 A vast 1,700 year old Roman settlement has been discovered off the coast of Tunisia after several years of archaeological exploration in search of the ancient city of Neapolis. Neapolis is believed to have been submerged after a tsunami in the 4th century AD destroyed most of it, as recorded by Roman soldier and historian Ammien Marcellin. The natural disaster also badly … END_OF_DOCUMENT_TOKEN_TO_BE_REPLACED 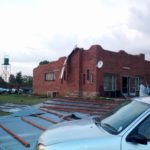 Nine people were left injured in the Delmas and Bapsfontein area last night after what is believed to be the same tornado as that which tore through the Krugersdorp area descended on the area, damaging a business and a home. Krugersdorp and its surrounds were devastated when a tornado hit the area on Monday, 9 October at about 3pm, passing over the Netcare Pinehaven … END_OF_DOCUMENT_TOKEN_TO_BE_REPLACED 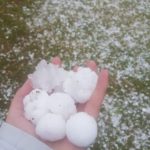 An afternoon thunderstorm has hit Gauteng, bringing with it hail and strong winds. On Monday morning the weather service issued a watch for severe thunderstorm in the afternoon. Forecaster Madimetja Thema said: “Thunderstorms are starting to pop out of the North West province. There is a line that has formed from Rustenburg down to Klerksdorp and is slowly moving towards … END_OF_DOCUMENT_TOKEN_TO_BE_REPLACED 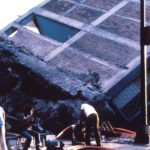 The death toll from Mexico's magnitude 7.1 earthquake rose to 361 on Sunday after another casualty was confirmed in the capital, where a search continued at a collapsed seven-story office building in a central neighborhood. National Civil Defense chief Luis Felipe Puente reported on Twitter that the dead include 220 people killed in Mexico City by the Sept. 19 quake. The … END_OF_DOCUMENT_TOKEN_TO_BE_REPLACED 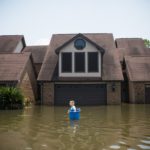 It's been over 10 years since the release of former US Vice President Al Gore's An Inconvenient Truth. The 2006 documentary film premiered at Sundance and went on to win two Academy Awards with its combined use of breathtaking shots of Earth’s landscapes and Gore's politician's charm in order to talk about environmental issues. But the real lasting legacy of the film is how … END_OF_DOCUMENT_TOKEN_TO_BE_REPLACED 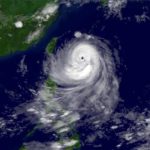 A strengthening tropical system has its eyes set on Taiwan and eastern China during the second half of this week. Talim is currently a typhoon about 400 miles east of Taiwan. Further intensification is expected as Talim tracks to the northwest towards Taiwan through late Wednesday. “Favorable environmental conditions along the path of Talim will allow the typhoon to … END_OF_DOCUMENT_TOKEN_TO_BE_REPLACED