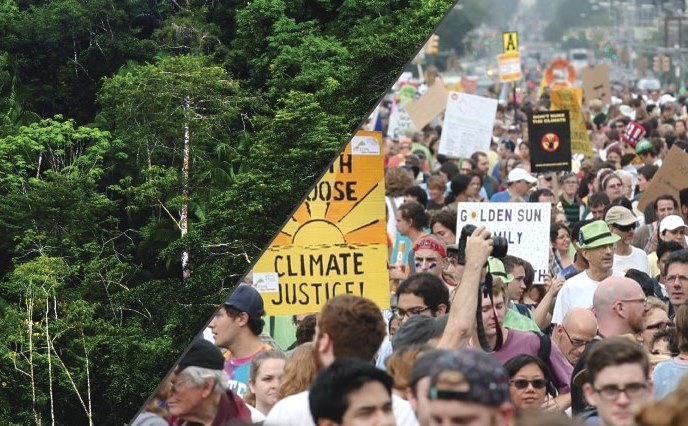 The Global Catholic Climate Movement announced a unique petition campaign to provide an easy way for Catholics to act and voice their concerns, ahead of the United Nations COP21 climate summit at Paris in December.

The goal is to raise a strong Catholic voice demanding world leaders to commit to ambitious climate action, signing a meaningful treaty in Paris to tackle the climate change crisis.

The Global Catholic Climate Movement, or “GCCM,” is a first-of-its-kind international coalition of Catholics from each continent representing a variety of Catholic organizations. In part the GCCM seeks to call attention to and support the work of all Catholic individuals and organizations that are engaged in climate-change related activities.

With the group’s greatly successful Lenten Fast for Climate Justice already underway—with thousands of people from 56 countries  participating in a “relay style” fast—the GCCM now seeks with its petition to continue raising awareness within the Church and across the globe about the urgency of climate action.

Mindful of core Catholic principals and the Church’s social and environmental teachings, the GCCM petition states:

Climate change affects everyone, but especially the poor and most vulnerable people. Impelled by our Catholic faith, we call on you to drastically cut carbon emissions to keep the global temperature rise below the dangerous threshold of 1.5°C, and to aid the world’s poorest in coping with climate change impacts.

The petition comes at a time when the Catholic community is expecting Pope Francis’ encyclical about ecology, and is seen by the GCCM as one means to follow the Holy Father’s example and directive when he said, “On climate change there is a clear, definitive and ineluctable ethical imperative to act.”