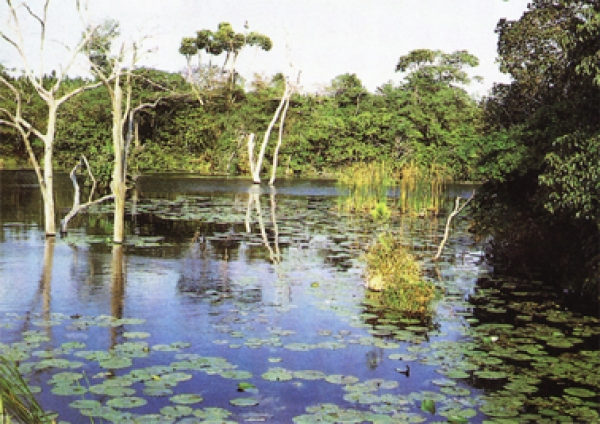 This year the theme of World Wetlands Day will be ‘Wetlands & Tourism,’ celebrated on Thursday 2 February 2012. This will celebrate the 41st anniversary of the Ramsar Convention, an intergovernmental treaty signed on 2 February 1971 in Iran for the protection of wetlands worldwide. 160 countries have since signed the treaty.

World Wetlands Day will also create an appropriate introduction for the discussions scheduled for the Conference of Contracting Parties (COP11) to be held in Bucharest in June 2012, where the theme this year is ‘Wetlands, Tourism & Recreation’.

This is the day for awareness about the importance of wetland conservation. The benefits of wetlands have until recently been largely unrecognized. In a water-stressed country like South Africa, failure to manage wetlands properly may lead to a complete depletion of the country’s water supply by 2025.

Wetlands and Tourism must become friends

Wetlands and tourism has never really been given much attention, surprisingly, considering that 35% of Ramsar sites around the world are involved to some degree in tourism. Tourism practices in association with wetlands will be assessed, and tourists will be educated on the value and long-term benefits of wetlands. Attention must be given to deciding how wetlands managers and tourism planners can integrate wetlands and sustainable tourism.

COP11 should provide a draft Resolution proposing measures for sustainable wetland tourism with practical case studies from Ramsar sites as examples of the impacts and benefits of tourism on wetlands.

Most productive of all ecosystems

Fighting the cause of the wetlands is difficult – to most people the word “wetland” conjures up images of smelly, disease-infested swamps where mosquitoes have the majority vote. In reality, wetlands are the most productive of all ecosystems and play a vital role in the water cycle and must be given more respect.

Definitions of wetlands vary but generally speaking: rain or snow which falls on earth moves through a catchment area and on toward the sea. Wetlands normally occur where topography or geology slows down or obstructs the movement of water through the catchment area.

Wetlands are incredibly valuable for a number of reasons, and there is a definite connection between healthy wetland ecosystems and human health. Wetland-related diseases claim the lives of 3 million people each year.

The functions of wetlands are many, but most significantly is their function as a no-cost water-purification system. Wetlands are in effect living filters which trap pollutants and microorganisms (viruses and bacteria) from the groundwater thereby preventing diseases like diarrhea and dysentery.

Other major roles of wetlands include:

Wetlands continue to be threatened by a large number of factors:

Development and poor land management killed 50% of our wetlands

In South Africa, development and poor land management have already destroyed over 50% of our freshwater wetlands. We have 16 wetlands designated as wetlands of international importance in accordance with the Ramsar Convention.

The Wakkerstroom Wetland is an example of a South African Wetland under pressure: Situated at the upper catchment of the Tugela River, it is valuable habitat to many rare species, including the globally threatened blue crane. Deforestation is causing soil erosion, and alien vegetation in the surrounding catchment is disrupting the hydrological functioning of the wetland. Fires in adjacent grasslands for grazing are threatening the wetlands ecosystem, and local black communities are not yet benefitting from the increased tourism in the area.

The Rietvlei freshwater wetland reserve is an example of a South African Wetland in line for Sustainable Tourism: Rietvlei is situated on the floodplain of the Diep River and drains into Milnerton Lagoon and finally into Table Bay. The wetland has great tourism potential, largely due to the great diversity of bird life in the wetland. Only 15 minutes from Cape Town, with ample parking and excellent facilities including toilets, braai and picnic areas, as well as established pathways up to the bird hide. The location is great for photographers with fantastic views of Table Mountain and dunes providing perfect spots for whale-watching.

Read about programmes that aim to protect the wetlands, as well as celebrations that are taking place on World Wetlands Day.