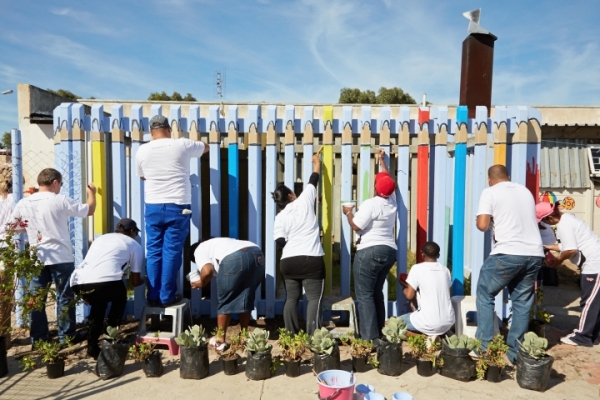 As part of the Woolworths Trust’s tenth birthday celebrations, the Woolworths Supply Chain team rolled up their sleeves and volunteered their time to help Newkidz upgrade Carol’s Daycare Centre in Mitchell’s Plain.

The Woolworths Trust was formed in 2003 and has been making a tangible difference in South Africa for the past 10 years. 2013 marks its 10 year birthday!

For example, over the past 10 years they have: 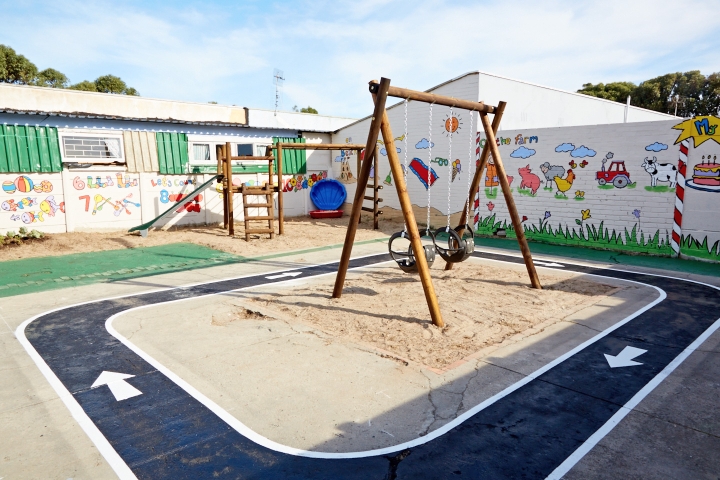 As part of the birthday celebrations, the Woolworths Trust has committed a further R1m to make an even bigger impact in 2013. Over and above its existing commitments, the Trust plans include: 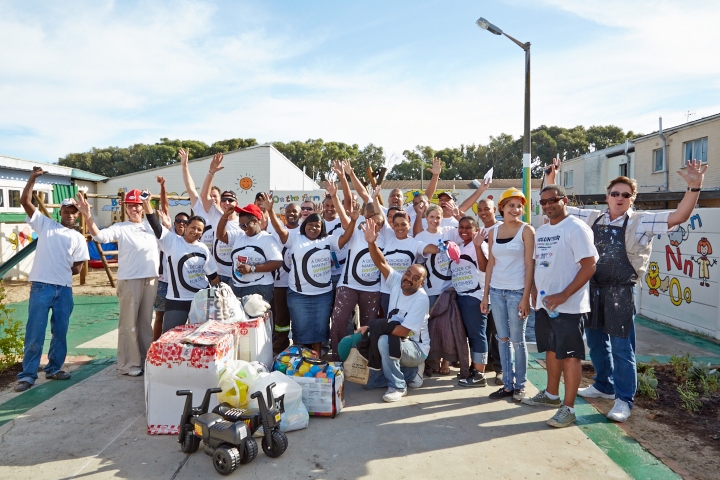 67 Employees sent out to change lives

This year, as part of the Woolworths Trust’s 10th birthday, Woolworths wanted to make an even bigger difference on Mandela Day.

Last year, 67 Woolworths employees from across the country made a difference to 67 different communities by spending the whole day volunteering at a charity of their choice. This year Woolworths gave 67+10 colleagues the chance to do the same. Giving back more than 36 000 minutes and building lasting relationships.

Head Office employees also made a difference in the lives of 800 children by making sandwiches, food parcels and care packs for 10 children’s centres. Many colleagues in stores and distribution centres also reached out to their communities through special projects.

The Trust, in partnership with Food & Trees for Africa and the Department of Water and Environmental affairs, has also pledged to assist two schools for learners with disabilities in Kimberley and Limpopo to establish food gardens. Creating sustainable change beyond Mandela Day for Boitumelo Special School and Siloe School for the Blind.

MySchool and the Woolworths Trust will also be taking action by pledging to donate container libraries in partnership with Breadline to two disadvantaged and deserving EduPlant schools. The two converted container libraries, fully fitted with books, will be handed over to the schools in September.