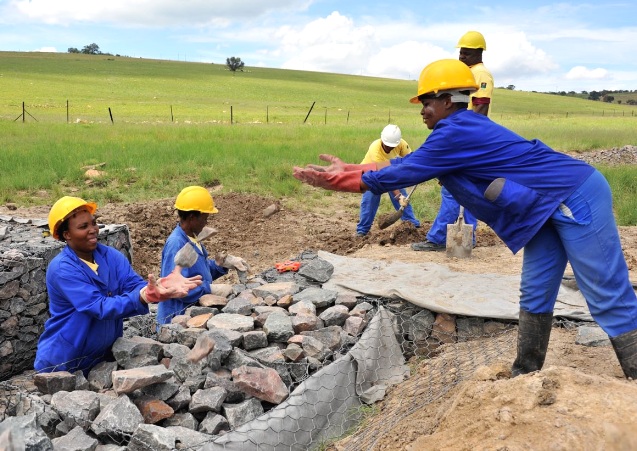 During the celebrations, the Deputy Minister handed over a Ramsar certificate to Ezemvelo KZN Wildlife for the designation of uMgeni Vlei Nature Reserve as a wetland of international importance. South Africa designated uMgeni Vlei Nature Nature Reserve on the 19th of March 2013, bringing the total number of Wetlands of International Importance to 21, eight of which are in KwaZulu-Natal.

The Ramsar Convention is an intergovernmental treaty that provides the framework for national action and international cooperation for the conservation and wise use of wetlands and their resources.

World Wetlands Day is an annual event that commemorates the signing of the Convention on Wetlands on 02 February 1971 in the Iranian City of Ramsar. The annual celebration aims to amongst others raise awareness on the benefits of wetlands as a natural resource in communities.

The theme for this year’s celebrations was Wetlands and Agriculture,under the slogan Partners for Growth. The key objective of the 2014 edition of World Wetlands Day was to raise people’s awareness of the inter-dependence between wetlands and agriculture; to highlight ways to ensure sustainable utilization of wetlands; and to promote the understanding that wetlands create an opportunity for small-scale farming when appropriate farming methods are used.

The relevance of these messages was illustrated by Deputy Minister Mabudafhasi during her opening address when she highlighted that, “Today, roughly 2.5 billion rural people around the world depend directly on agriculture, forestry, fishing and hunting or some combination of these for their livelihoods.”

Further noting the strategic importance of wetlands, not only environmentally and agriculturally but socially as well, the Deputy Minister stated that, “Given their importance for water supply and food production, wetlands are a key element of achieving the goals of poverty eradication worldwide. They can literally be lifesavers – for example springs, particularly in arid regions that support dry season food production, water and grazing for livestock.”

Working for Wetlands is an Expanded Public Works Programme (EPWP) of government that focuses on remedial interventions for maintaining healthy wetlands. Since 2002, Working for Wetlands has invested R725 million in the rehabilitation of 1, 011 wetlands countrywide. This has improved or secured the health of more than 80,000 hectares of wetland area.

In the process, the Programme has provided 17,575 employment opportunities, with 2.3 million person days worked to date. In line with the emphasis of the EPWP on training, Working for Wetlands has also provided 180, 753 days of training in both vocational and life skills. Teams that form part of the Programme are made up of a minimum of 60% women, 20% youth and 2% people with disabilities. As the Deputy Minister noted, these figures, “tell us that the work we continue to do as a country in rehabilitating our wetlands benefits the environment and our people.”

As part of illustrating the relationship between wetlands and agriculture, and the benefits that this can bring to rural communities, a tour was taken during the celebrations to the Mbongolwane Wetlands in Eshowe. The wetland, which is approximately 395 hectares in extent and 12 kilometres long, was also selected to illustrate first-hand, the importance of conservation and sustainability of wetlands.

Owing to the reasonably intact state of the wetland and the high level of human and agricultural activity in the catchment, the wetland is likely to have an important function in trapping sediment and improving water quality in the area.

A number of organisations have supported the initiative of rehabilitating wetlands and their investments (such as Tongaat Hulett’s investment of R31 million towards the development of 1 182 hectares under the Manyazini, Thathunyawo and Sakhindlela Co-operatives) have enabled 120 community members to find employment as seasonal workers.  During times of high activities, the number of seasonal workers increases to some 400 employees.

In addition, 11 people have been employed permanently to ensure the day-to-day management of the sugarcane development initiatives.

The wetlands celebrations this year were all the more significant as 2014 marks twenty years of democracy in South Africa. Over these two decades, the environment sector has made great strides as government and DEA have worked tirelessly towards the national vision of aprosperous and equitable society living in harmony with its natural resources.

Deputy Minister Mabudafhasi spoke of this harmony during her address, advising that, “The need to find this balance, as well as recognize the importance of wetlands to agriculture, can be achieved through collaborations and initiatives aimed at ensuring integrated water resources planning, reducing the impacts of agriculture on water quality, managing land and water for multifunctional agro-ecosystems and restoring wetlands in Agricultural landscapes.”

For more information on wetlands, click on the links below: