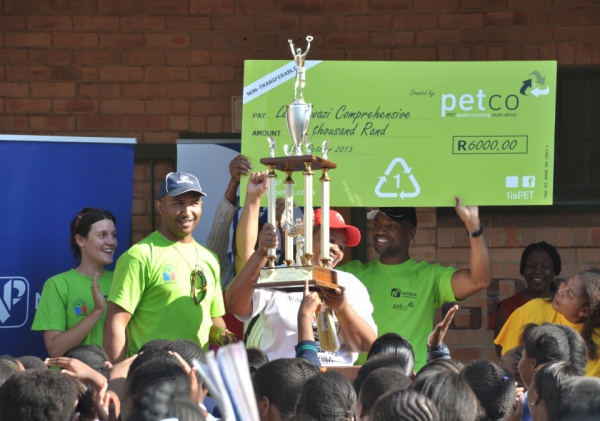 These were the words by Cheri Scholtz, CEO of PETCO, who has worked hard this year to help reduce waste in schools, increase recycling awareness, to create cleaner spaces for the learners and communities and impart the culture of caring for the environment.

One of three schools programs in which PETCO was involved was the PENSchools recycling competition. This competition saw PETCO partner with shareholder members Nampak and the Wildlife and Environmental Society of South Africa (WESSA). The participating schools, four Gauteng based WESSA Eco Schools namely Nkumbulo, Amogelang, Lethulwazi and Lebohang High, collected recyclables over an 8 month period and the school that collected the most got rewarded with a floating trophy and a R6 000 cheque, which will be used in financing an environmental project of their choice.

Lethulwazi Comprehensive High emerged as winners, collecting: 3,6 tonnes of recyclables. A total of 1,4 tonnes of PET was collected during the competition. The 3 partners have entered into a 3 year agreement to work together in supporting the PENSchools recycling projects thus ensuring that the project leaves a legacy.

Another successful project was the Coca Cola Shanduka Beverages (CCSB) Schools Recycling Competition. The project aimed to encourage recycling in schools around the Middelburg area, one of their highest PET beverage sales areas. PETCO supported the project with recycling cages. A total of 3,5 tonnes of PET was collected through this competition.

The school which collected the most material was Mthombeni Primary School, who collected 14,6 tonnes of recyclables and won a cheque of R 10 000 which will be used in revamping the school library.

The largest project in which PETCO partnered for a second consecutive year was the Amalgamated Beverage Industries (ABI) School Recycling Competition. ABI are shareholder members of PETCO and constitute the soft drink division of South African Breweries (SAB). 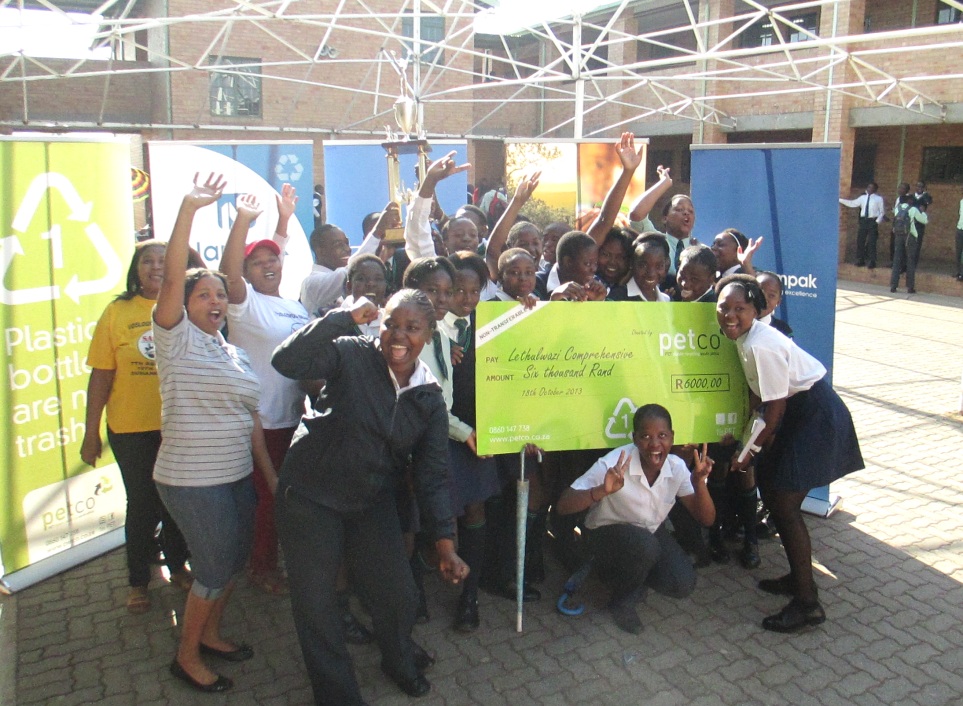 This competition was run in 240 primary schools within ABI territories in Gauteng, KwaZulu-Natal and the Free State. 255 tonnes of waste in total was collected and recycled during the program by 177 461 children. The schools were rewarded for volume collected as well as spirit embodied in their program which includes motivation of learners, use of the educational material, and innovation in recycling as well community involvement.

Winners FF Rebeiro Primary School from Mamelodi West, walked away with R50 000 and the first and second runners up, R30 000 and R20 000 respectively. The money will be used for infrastructural development for their schools. Surprise winners announced were the 10 recycling heroes from each of the 10 finalist schools who received school fees for the year, school uniforms, stationery and school bags.

The two most motivational program facilitators won IPADs. The highest PET collecting school was rewarded with R10 000, and a R50 000 prize was awarded to the top business collector partner.

ABI has empowered 22 youth (AKA ‘Recycling Soldiers’) through the program, by providing them with business skills development and entry to the job market. These ‘Recycling Soldiers’ mobilise collection of recyclable material in the schools by enhancing schools performance, creating healthy competition and monitoring and evaluating the schools. 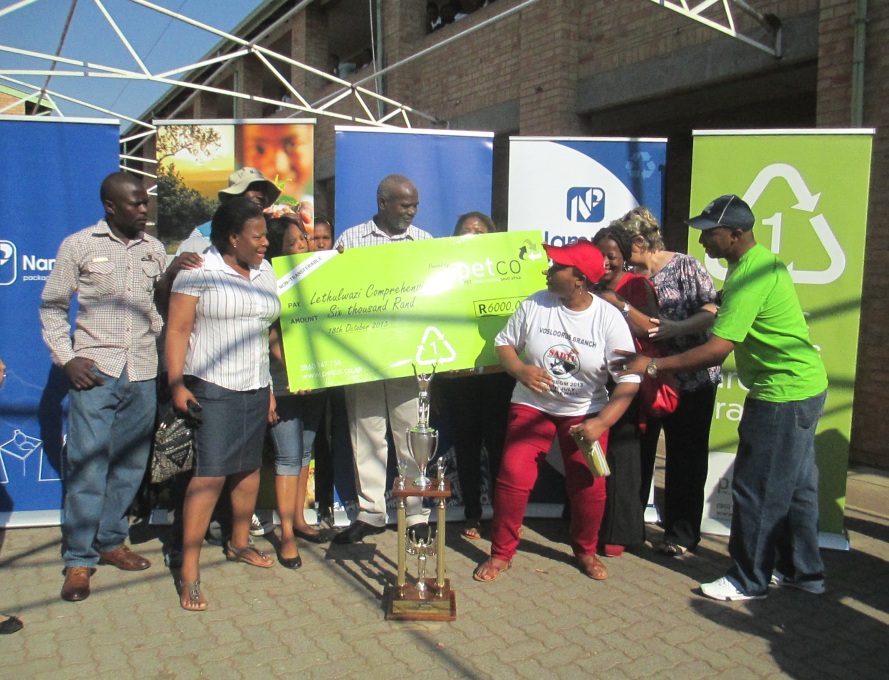 PETCO believes that schools competitions and campaigns are vital for establishing a recycling culture in learners at an early age.

“In order to change the behaviour patterns of our communities we need to change the mind-set of a generation” says Cheri Scholtz, CEO of PETCO. She further explains that they are also a necessary education tool in reaching learners, educators and the community about the importance of waste collection and recycling for a sustainable future.

“The success of a school recycling campaign often rides on the support of parents, community involvement, established relationships with a local collector (to buy the material) and more importantly a dedicated champion. The great partnerships formed through the 3 schools programs show that great strides can be made in this arena, through a little innovation, incentivising and a lot of support” concludes Scholtz.

PETCO reports a recycling rate of 45% of post-consumer PET beverage bottles in 2012, that’s one in every two produced.