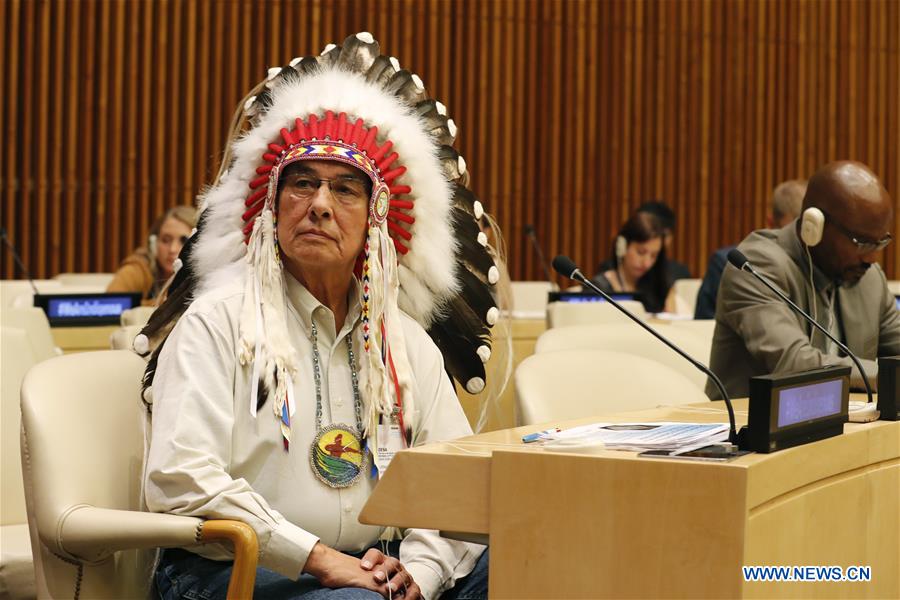 A prominent Canadian Indigenous leader and lawyer, Grand Chief Wilton Littlechild, has issued a blistering critique of Chevron in a United Nations speech for poisoning ancestral lands in the Amazon rainforest and engaging in “countless violations” of Indigenous peoples’ rights related to the dumping of billions of gallons of oil waste in Ecuador.

The speech by Chief Littlechild, a leading international lawyer on Indigenous rights, comes at the same time Chevron is under growing pressure from its own institutional shareholders to address the company’s $12 billion Ecuador pollution liability, which grows by $300 million annually because of interest. Just this week, 36 Chevron investors with $109 billion in assets under management sent a letter to newly-installed Chevron CEO Mike Wirth urging him to settle the case following three major court rulings in favor of the Ecuadorians in Canada, where they are attempting to seize company assets.

At least 21 appellate judges in Ecuador and Canada – including the entire Supreme Courts of both countries – have ruled in favor of the Ecuadorians on a variety of issues related to the pollution case, while not a single appellate judge in the two countries has ruled in favor of Chevron. Chevron was found guilty by three layers of courts in Ecuador – where the company had accepted jurisdiction – of deliberately dumping billions of gallons of toxic waste into streams and rivers that Indigenous peoples relied on for their drinking water, leading to an outbreak of cancer and other health problems.

“Instead of negotiating an expedient, fair and comprehensive settlement with the affected communities in Ecuador, Chevron management pursued a costly legal strategy that has continued for more than two decades,” the consortium of investors wrote in an April 30 letter to Wirth, who became CEO on Feb. 1.

“For 25 years the Indigenous peoples of Ecuador have fought a legal battle to force the oil company Chevron, well-known throughout Canada, to clean up truly horrendous pollution that Chevron left at the oil production sites it opened and operated in the Ecuadorian Amazon from 1964 to 1992,” he said in his speech, which was delivered on April 17. 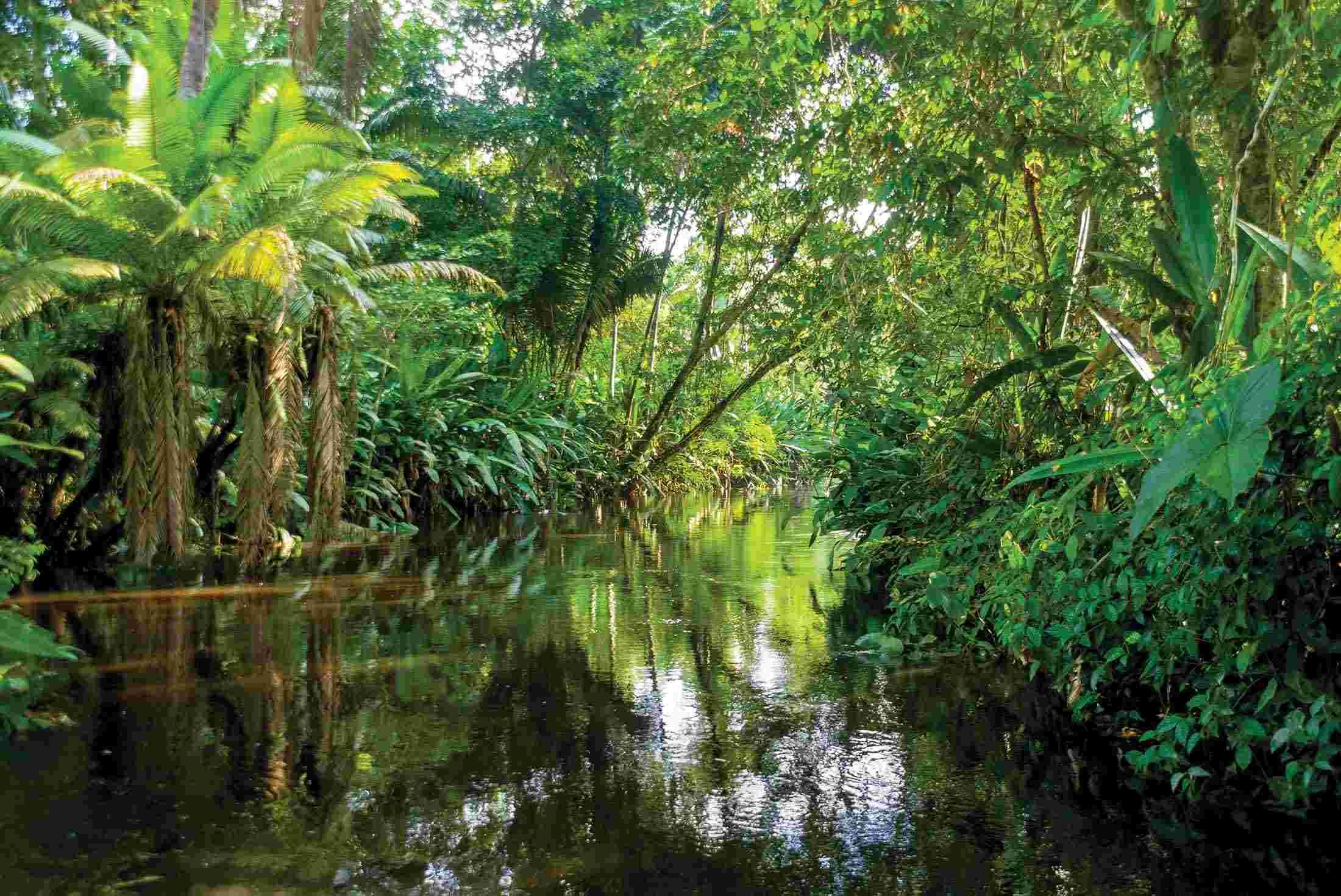 “This is not subtle, invisible contamination,” said Chief Littlechild. “This involves hundreds of giant, open-air pits of toxic sludge, that children and animals could literally fall into, and the rivers and streams are shiny with oil slick.

“It is considered the word’s worst oil-related catastrophe,” he added. “The peoples of the region have not only seen their ancestral lands drastically reduced and restricted, but also poisoned, degraded and destroyed. Countless laws related to Indigenous peoples’ rights to lands, resources, to life and physical integrity, to dignity, to participation, and to economic, social and cultural development have been violated.”

The latest developments also follow a courtroom setback for Chevron last week in an Ontario court when a three-judge panel essentially cut off a company lawyer when he tried to claim the Ecuador judgment was obtained by fraud. The Court of Appeal for Ontario must decide whether Chevron’s latest technical defense in the 24-year litigation – that its Canadian assets are held by a wholly-owned subsidiary and therefore should be off-limits to collection – will be enough to block the Ecuadorians from collecting their judgment.

Chevron had accepted the jurisdiction of Ecuador’s courts to avoid a jury trial in the U.S., but later refused to pay the pollution judgment and threatened the Indigenous groups with a “lifetime of litigation” if they persisted. The company also paid an admittedly corrupt witness $2 million and coached him for 53 days before he falsely claimed the Ecuador judgment was obtained by fraud; the witness since admitted he perjured himself, and Chevron and its outside law firm Gibson Dunn were hit with a criminal referral letter to the U.S. Department of Justice for engaging in witness bribery and other crimes. 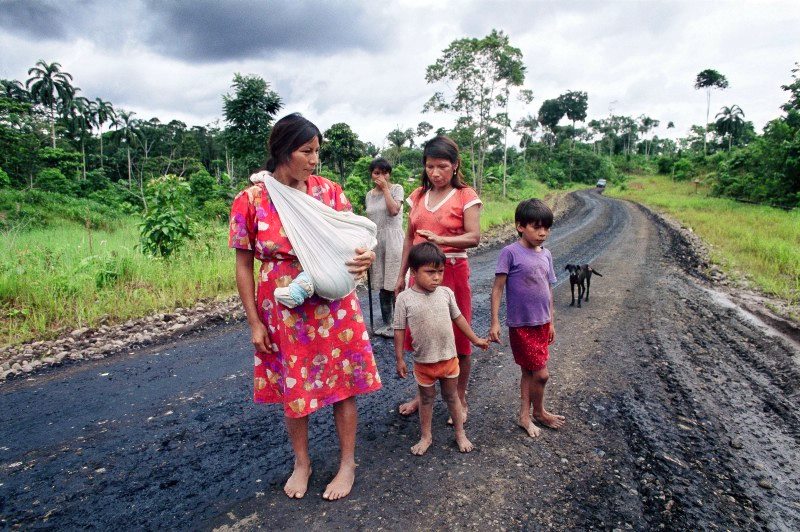 Chief Littlechild also poked at Chevron for “using its vast resources to support any army of lawyers to tangle up the case in as many procedural hurdles as possible.”

“The Indigenous peoples of Canada know this process all too well,” he added. “We have fought court battles against government and private interests for decades. In many cases in recent years we have prevailed and the wheels of justice have turned in our favor. In other cases, the wheels remain mired and stuck.

“But we do not give up and nor do our Ecuadorian Indigenous sisters and brothers give up. I could not be more proud of them and their struggle as they show the world what Indigenous peoples are capable of when our rights and traditional territories have been violated.”

Littlechild’s speech comes after the Ecuadorian Indigenous peoples and farmer communities won the support of the Assembly of First Nations (AFN), Canada’s national federation that counts more than 600 chiefs among its membership. Current National Chief Perry Bellegarde and former National Chief Phil Fontaine both attended a court argument last week in Toronto while the AFN signed a joint protocol to hold Chevron accountable with the Amazon Defense Coalition of Ecuador (FDA), the grass roots coalition in the rainforest that is enforcing the judgment. 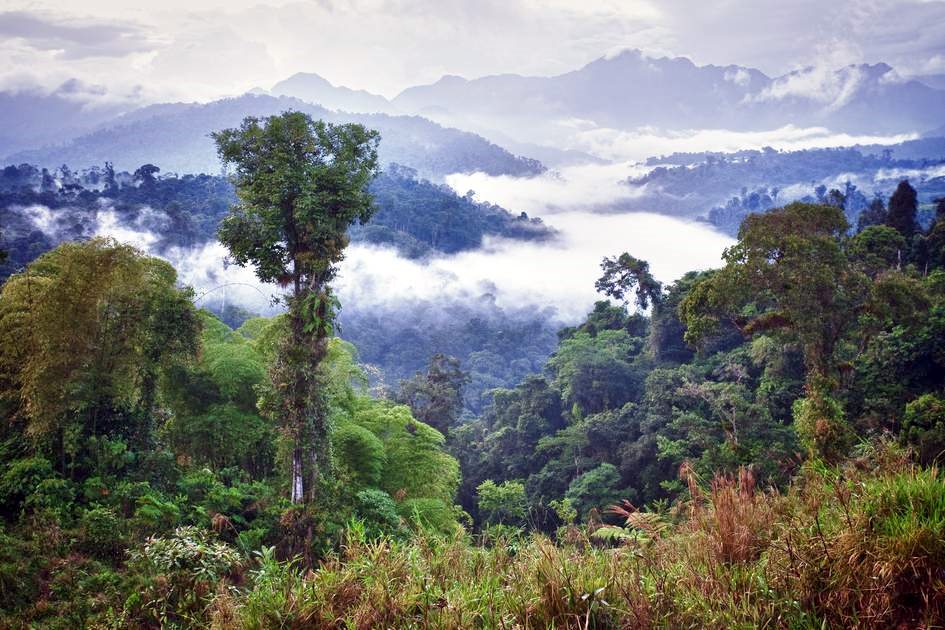 Fontaine, Grand Chief Ed John, and Greenpeace co-founder Rex Weyler were also sharply critical of Chevron following a fact-finding visit to Ecuador last September. Weyler accused the company of committing “ecological crimes” in Ecuador and wrote an article on the Greenpeace website that concluded Chevron had created a “death zone” in the rainforest by failing to remediate its toxic dumping.

In a press release on the shareholder issue, Zevin Asset Management – which organized the investor letter along with Newground Social Investment – noted that Ecuador’s highest court confirmed a “landmark judgment” against Chevron.

“An attempt to collect damages via its subsidiary in Canada is pending appeal,” according to the press release. “At an April 2018 appellate court hearing in Toronto, Ecuadorian plaintiffs argued that they should be allowed to seize Chevron Canada’s assets to satisfy the $12 billion judgment against the company. Monday’s investor letter challenges Chevron’s aggressive legal strategy against the Ecuadorian plaintiffs, the company’s lack of willingness to negotiate an expedient and fair settlement, and the deterioration of relations with affected communities in Ecuador. The joint letter also questions whether Chevron has adequately disclosed to investors the potentially massive financial risks of adverse legal outcomes.”

“Investors lack confidence that Chevron’s executive team and board are sensitive to human rights and environmental risks, “ said Pat Miguel Tomaino, Zevin’s Director of Socially Responsible Investing. “Acute legal risks are playing out in Canada, where the communities ravaged by Texaco pollution in Ecuador are mounting a formidable case. However, Chevron won’t negotiate a settlement that would be fair to communities and clear the air for the company and its investors.”

Carmen Cartuche, the President of the Amazon Defense Coalition of Ecuador (FDA) – the group enforcing the judgment – praised Littlechild for his speech and thanked Chevron’s shareholders for trying to hold company management accountable. “We are most appreciative for the work of our Indigenous brothers and sisters in Canada as we continue to strengthen the global solidarity movement to hold Chevron’s management team accountable for human rights violations in our country,” Cartuche said.