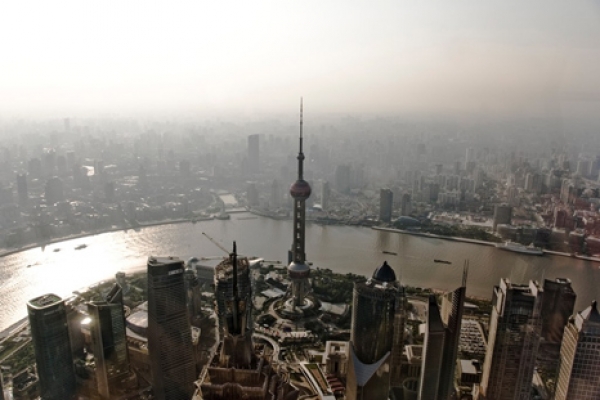 China has announced it will establish a carbon tax by adding CO2 to the scope of existing environmental levies.

A statement published on the Ministry of Finance’s website detailed a series of tax reforms in the country.

These included the proposals to bolster existing efforts “to continue to improve and implement tax policy to support energy conservation, environmental protection and comprehensive utilization of resources”.

Discussions on a Chinese carbon tax have been on-going for years but the latest statement now provides a glimpse of how this might be structured.

China is already trialling cap and trade schemes to reduce the emissions from heavy industry and electricity generators.

Joanna Lewis, assistant professor at Georgetown University and an expert in Chinese energy policy told RTCC it is unclear how the two would work together.

“The government has been discussing the implementation of a carbon tax for several years so it will be interesting to see if it happens this year,” she said.

“It is also not yet clear whether the tax would apply to the same facilities covered under the pilot cap and trade programs for CO2, and if so how the two programs would interact.”

“Further regulation of CO2 could help to address current air pollution challenges if the environmental protection tax includes a range of pollutants, or if facilities curbing emissions through means that end up reducing other pollutants as well.

“For example by moving away from coal or by using capture technology across multiple pollutants.”

Globe International’s Terry Townshend, who is based in Beijing, told RTCC the news is a sign of a healthy climate debate in China – the planet’s largest source of greenhouse gases.

Putting a price on carbon

“To some extent, the statement by the Finance Ministry could be seen as evidence of an internal debate about who should control the revenue from carbon pricing.

“The money raised from a carbon tax would be controlled by the Ministry of Finance with emissions trading being controlled by the National Development and Reform Commission (NDRC), the powerful planning ministry. Hence, each body is promoting the mechanism that would strengthen their own influence.

“The most important thing is to put a price on carbon. Whether that is via a tax or through ‘cap and trade’ is secondary.”

China has been more vocal on its air pollution challenges in recent years as public outrage has increased – improving air quality as a result of climate mitigation actions would prove extremely popular.

The US senate was presented with proposals for a carbon tax of $20 a tonne last week.

Former White House economist Adele Morris told RTCC that cap and trade legislation had tried and failed in Washington and that a carbon tax that used revenues to reduce the deficit would stand a better chance of finding support.