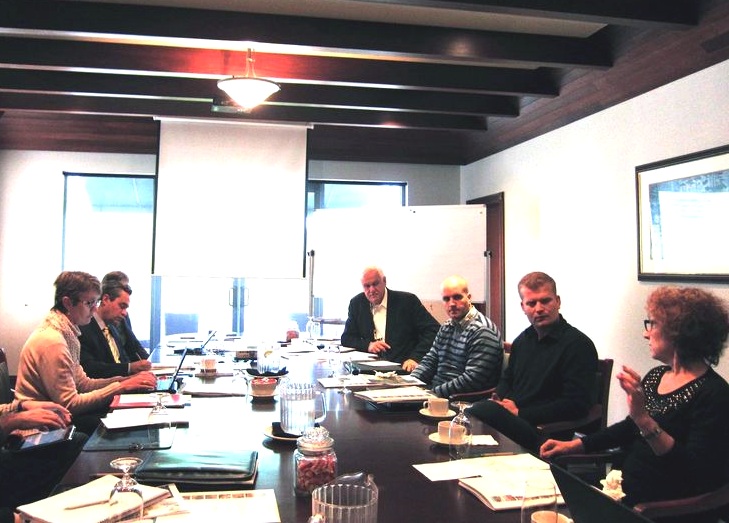 Addressing biodiversity conservation in a changing climate by sharing local examples and lessons strenthened the international pool of knowledge at the 2013 International BiodiverCities Conference in Joondalup, Western Australia.

The 2013 International BiodiverCities Conference was a resounding success. Hosted by the beautiful City of Joondalup from 9-11 September, in collaboration with ICLEI – Local Governments for Sustainability and the Western Australian Local Government Association, the conference brought together international environmental experts to discuss the topic of addressing biodiversity conservation in a changing climate.

The first day of the conference was opened by Professor Tim Flannery, scientist, explorer and conservationist, awarded the 2007 Australian of the Year Award for his outstanding contribution to research on climate change and the environment.

Other keynotes included André Mader, who is seconded by the ICLEI Cities Biodiversity Center to the Secretariat of the Convention on Biological Diversity (CBD). André explained the CBD Conference of the Parties (COPs) and the pertinent Decisions adopted recently which recognise the critical importance of local and sub-national governments to curb biodiversity loss and implement measures to better manage biodiversity for the global good.

On the second day of the conference, Shela Patrickson, Manager of the ICLEI Cities Biodiversity Center, and Martin Brennan, Director and CEO of ICLEI Oceania, outlined Local Action for Biodiversity (LAB) – Australia, an Australian-wide local government programme focused on enhancing local biodiversity conservation, through strengthening partnerships between government levels, and tailoring the programme to the Australian context.

The LAB Pioneers, City of Cape Town, City of Edmonton, Hel-singborg City and Mexico City, presented local examples and lessons in the parallel sessions which covered topics such as communication, education and public awareness, partnerships to enhance biodiversity and the integration of biodi-versity into the urban landscape.

The ICLEI Cities Biodiversity Center’s Georgina Avlonitis presented the Urban Biosphere Initiative (URBIS), as a partnership mechanism that aims to bring together cities, planners, organisations and scientists for more sustainable urban planning and biodiversity management on a quest to engender cities with increased ecological resilience in the face of global environmental change. Much interest was shown in the initiative and a number of new URBIS members and case studies from Australia and New Zealand will be shortly added to the URBIS list of partners.

Taking advantage of the presence of the high-level partners of the ICLEI Cities Biodiversity Center, His Worship Mayor Troy Pickard hosted the 5th ICLEI BiodiverCities Advisory Committee meeting on Sunday 8 September. Members were updated on recent Cities Biodiversity Center news, and after a valid discussion, it was decided that now is the time for us to act to ensure that biodiversity, and especially urban biodiversity, is acknowledged and considered in the climate negotiations and the lead up to the UNFCCC COP 21 in Paris in 2015, as well as in the development of the Sustainable Development Goals (SDGs).

Building on existing international declarations, decisions and commitments, making this link is critical for the achievement of human well-being and to address global environmental change (particularly climate change). The statement will be presented at the meeting of the ICLEI Global Executive Committee in Nantes, France, on the occasion of the EcoCities 2013 Summit in September 2013, proposing that biodiversity concerns are integrated into the revised ICLEI Local Government Climate Roadmap and the Nantes Declaration of Mayors and Subnational Leaders on Climate Change, and suggesting a forward-looking roadmap to support this agenda.

Adjoining the conference, on 12 September, the 2013 International Local Action for Biodiversity (LAB) Workshop was hosted by the City of Joondalup. This interactive event work-shopped exciting new tools such as the Local Biodiversity Strategy and Action Plan (LBSAP) Guidelines, the Communication Education and Public Awareness (CEPA) Evaluation Toolkit, and the Local Biodiversity and Climate Change Planning Guidelines, discussing common challenges using examples and case studies, and gathering feedback for these working documents, which are designed to constantly evolve as information is added.

In a very valuable afternoon feedback session, the group discussed the fundamental questions of what cities need, how the LAB Programme can support them, and how to improve this support into the future. Outcomes of this constructive discussion comprised of recognition of the need to focus on the involvement and support of political leaders through the LAB Programme, endorsement of the regional approaches of the LAB Programme with greater involvement from national governments.

The 2013 International BiodiverCities Conference and associated LAB workshop and ICLEI BiodiverCities Advisory Committee Meeting catalysed both new and renewed support, enthusiasm and inspiration for all parties involved. The events in Joondalup provided participants with a platform to connect, share knowledge, learn from each other’s experiences and most importantly, strategize on new ways forward.

ICLEI is indeed proud to have been the corner-stone partner in these events and is excited to implement and further actions on biodiversity conservation and climate change, utilising our core partnerships with leading organisations and with cities, which at this crucial moment in history, stand ready to make a unique and transformational contribution to the global sustainability debate.