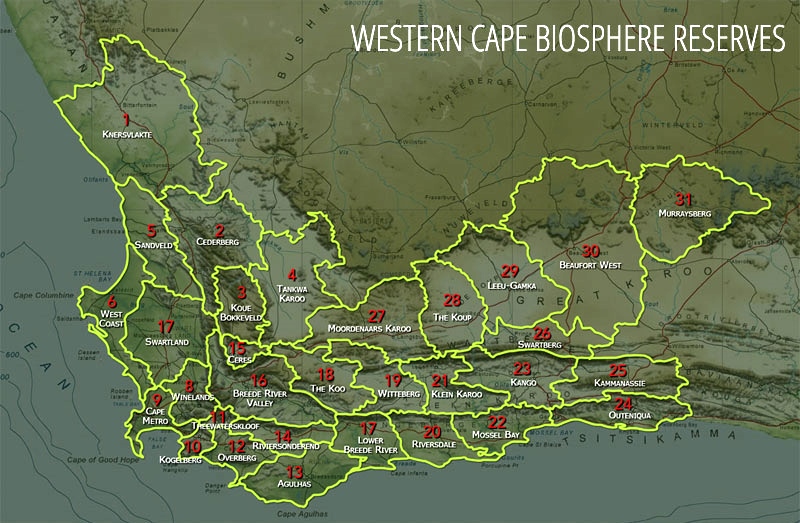 The City of Cape Town is hoping to be declared as a bioregion.

The City’s Council has recognised the City’s efforts to create a balance between urban development and environmental protection by recommending that the MEC for Environmental Affairs be requested to declare Cape Town as a bioregion.

This would be one of the first of such regions for a South African metro. It is testament to this administration’s commitment to become a sustainable city for future generations through its increased efforts to protect and restore Cape Town’s unique biodiversity.

If the City of Cape Town’s request for the declaration of Cape Town as a bioregion is granted, the MEC will publish the Cape Town Bioregional Plan, as prepared in accordance with the National Environmental Management: Biodiversity Act 10 of 2004 (NEMBA).

The bioregion covers the city’s metropolitan area of 2 460 km².

The Cape Town Bioregional Plan is a spatial plan that shows terrestrial and aquatic features that are critical for conserving biodiversity and maintaining ecological functioning. These are referred to as Critical Biodiversity Areas and Ecological Support Areas.

Cape Town has an exceptional biodiversity richness and uniqueness. However, given the developmental pressures on the land, minimum national ecosystem targets can no longer be achieved for eight out of the 19 major national ecosystems found in the bioregion.

‘This means that as a City we have to protect the remaining extent of these national ecosystem types found within the city. The Cape Town Bioregional Plan will make members of the public aware, in advance, of what the biodiversity constraints for a site are likely to be. This provides a level of predictability for residents, planners, developers and decision-makers. As a well-run city that has made the commitment to embark on the route of sustainability, this plan is key to the fulfilment of the promise of this future,’ said the City’s Mayoral Committee Member for Economic, Environmental and Spatial Planning, Councillor Johan van der Merwe.

The bioregional plan is the primary biodiversity informant as it indicates the presence and location of Critical Biodiversity Areas and Ecological Support Areas, including rivers and wetlands. The plan, like the Cape Town Spatial Development Framework, does not grant or take away rights. It is, however, expected to propel issues of biodiversity and ecological management to a higher level of importance when developmental applications are considered.

Leading by example in protection

The Cape Town Bioregional Plan has been developed in accordance with the vision of the City’s Local Biodiversity Strategy and Action Plan which was adopted by Council on 27 May 2009. The resolution taken by Council emphasises, amongst others, the need for the City to lead by example in the protection and enhancement of biodiversity and to be a City that actively protects its biological wealth and prioritises long-term responsibility over short-term gains.

‘The City has the highest rate of urbanisation in the country and development pressures are pronounced. As natural habitat is being lost continuously to formal and informal development,agriculture and mining, securing the Biodiversity Network is an urgent priority. We can only achieve the sustainability of this network and associated ecosystems through the coordinated contribution of all stakeholders,’ said Councillor Van der Merwe.

The plan comprises a biodiversity profile, a map of biodiversity priorities with accompanying land-use planning and decision-making guidelines, and additional management measures.

It indicates localities of Critical Biodiversity Areas and Ecological Support Areas that are required to meet national ecosystem targets for terrestrial and wetland ecosystems (National Spatial Biodiversity Assessment of 2004).

Policy 25 of the Cape Town Spatial Development Framework commits the City to increase efforts to protect and restore the Biodiversity Network, thereby implementing a plan in accordance with NEMBA.

The Biodiversity Network has been integrated into the Cape Town Spatial Development Framework in its entirety as the primary biodiversity informant for the City. Both of these municipal planning tools embody the principles of ecologically sustainable development.

It is important to note that a bioregional plan is not itself a multi-sector plan (like the Cape Town Spatial Development Framework) with inputs from many sectors, but ‘rather the biodiversity sector’s inputs into various multi-sectoral planning and authorisation processes’.

From the wording in the NEMBA, a published bioregional plan must be taken into account, amongst other relevant considerations, when considering the merits of a development application.