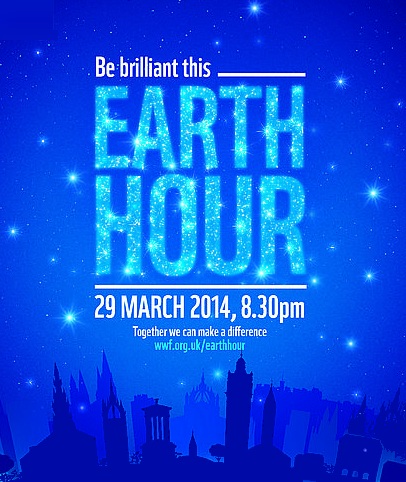 On Saturday 29 March 2014 millions of people from around the world will again switch off their lights from 20:30 to 21:30 (local time) in support of the World Wide Fund for Nature’s (WWF) Earth Hour. This is a symbolic act of global unity. The City of Cape Town will be switching off the lights in its own buildings and on Table Mountain.

This year Earth Hour has an added significance as Cape Town is a finalist in WWF’s Earth Hour City Challenge, which aims to highlight positive examples of sustainable urban development that can act as a source of inspiration for other cities around the globe.

Cape Town has been named South Africa’s Earth Hour Capital. It is one of 33 cities from 14 countries to receive special recognition by WWF for impressive actions on addressing climate change and demonstrating an exceptional will to reduce its dependence on fossil fuels.

An expert jury will review the actions and commitments reported by these cities and identify one sustainability leader for the international Earth Hour Capital Award. The winning city will be announced on Thursday 27 March 2014 in Vancouver, Canada.

‘The City of Cape Town looks forward to supporting WWF’s Earth Hour 2014 and the positive message it conveys. The City is committed to becoming a low carbon and environmentally sustainable city. This is a shared responsibility and can only be achieved if we have buy-in from our residents. This is an opportunity for everyone to come together and to make a commitment to preserving our planet, our city and our neighbourhoods,’ said Councillor Garreth Bloor, the City of Cape Town’s Mayoral Committee Member for Economic, Environmental and Spatial Planning.

The City of Cape Town will be switching off the lights in its own buildings and on Table Mountain, which will be one of the many iconic landmarks around the world which will be doing the same during Earth Hour.

In addition, the City, together with the V&A Waterfront and WWF, is hosting an awareness-raising event, featuring the Cape Philharmonic Orchestra, to promote electricity savings, the reduction of carbon emissions and to encourage people to live lightly on the planet.

The audience is encouraged to be seated by 20:00 at the Waterfront amphitheatre for the run-up to Earth Hour. At 20:30 the lights on the mountain will be switched off as well as all non-essential lights at the V&A Waterfront complex, and the Cape Philharmonic Orchestra will play unplugged.

‘We are committed to traveling on the path to sustainability and to ensure that the decisions we make today will not be to the detriment of future generations. With the help of our residents, we know that we can make progress possible in this regard, together,’ said Councillor Bloor.