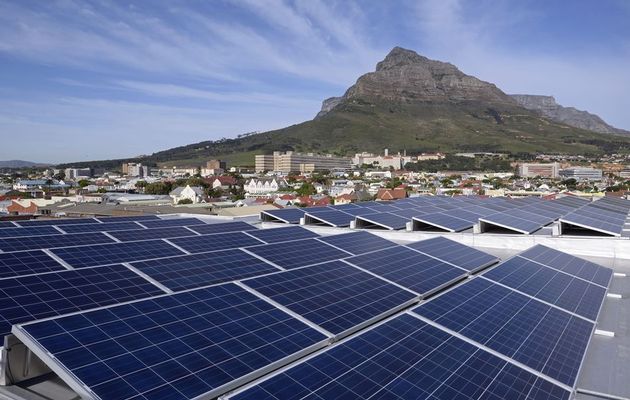 On 6 September 2016, 30 civil society organisations wrote an open letter to the Ministers of Public Enterprises, Energy, Environmental Affairs, and Health, expressing their alarm at recent statements and actions by Eskom management. This related particularly to Eskom’s statements on renewable energy and the implications thereof for climate justice, but also to Eskom’s failure to disclose records that provide evidence of steps taken to reduce air pollution that damage people’s health.

Here is the letter in full:

Call on Ministers of Public Enterprises, Energy, Environmental Affairs, and Health to ensure Eskom’s compliance with obligations to protect the environment and human health

As civil society organisations and citizens working towards the achievement of environmental rights and environmental justice in our communities across South Africa, the signatories to this letter are highly alarmed by the conduct of Eskom and government in recent months. We are also extremely concerned that the detrimental health, water, and climate impacts of Eskom’s operations – so significant that these impacts in themselves impair the development capabilities of our people and government – are not featuring in the public debate around Eskom.

In May, Eskom CEO, Mr Brian Molefe claimed that renewable energy was a disappointment, as it failed to provide energy when it was most needed and so did not make a meaningful contribution to electricity supply in the country. These comments are simply not borne out by the facts, including research by the Council for Scientific and Industrial Research which demonstrates that having the bulk of South Africa’s generation from wind and solar is not only technically feasible, but also the lowest-cost option. This is especially critical to the roll-out of accessible energy for all. Renewable energy has been shown to be cheaper than coal, even when the significant environmental and health impacts of coal are discounted.

And then in July, Eskom’s board indicated that it would not sign power purchase agreements with renewable energy independent power producers (IPPs), beyond those already agreed in bid window 4.5, arguing that the need for such IPPs should be re-evaluated as there is adequate generation capacity to meet demand, and it is expensive for Eskom to buy renewable energy from IPPs. Since then, Eskom has even refused to sign an agreement with a concentrated solar project that has already been accepted by government.

This attitude is indefensible: as the Minister of Energy and several others have pointed out: electricity from the renewable energy IPP procurement programme (REIPPPP) has not only stabilised our power supply, but stimulated almost R200 billion in private investment and created about 25 000 jobs, at a time when the economy is stagnating and jobs are being lost in other sectors.

South Africa has some of the best renewable resources in the world. In light of recent cost trends and decentralisation opportunities, the commitment to the addition of 17 800 MW of renewable energy by 2030 should be treated as a minimum objective. Ideally, this commitment should be achieved sooner, and renewable energy prioritised ahead of ahead of the procurement of new fossil fuel or nuclear options, which are expensive, dangerous, and dirty.

In addition to the REIPPPP, the barriers to small-scale, community-based renewable energy investments must be removed to encourage and enable a just transition to renewable energy systems for the people. If Eskom continues its anti-renewable energy stance, it risks becoming obsolete in the future, while also putting job creation and the supply of affordable, clean, accessible electricity for all South Africans at risk.

In stark contrast to clean, affordable renewable energy, coal-fired power stations have significant impacts on human health and the environment, including South Africa’s scarce water resources. In 2014, Eskom argued that it was unable to comply with air quality standards, and that the health impacts of its emissions should be given less weight than the costs it would have to incur to comply with these standards. Eskom’s non-compliance with numerous legislative requirements for its coal-fired stations – as recorded in the Department of Environmental Affairs’ annual National Environmental Compliance and Enforcement Reports – exacerbates these impacts, consistently violating constitutional rights to an environment not harmful to health and well-being.

Although we must make clear that South Africa’s Intended Nationally Determined Contribution (INDC) – which sets out South Africa’s climate change commitments under the Paris Agreement – fails to make adequate commitments to address the devastating impacts of climate change, South Africa’s signature of the Paris Agreement signals its intention to make some efforts to address these impacts.  The NDC recognises that South Africa must “transition to a low-carbon energy sector” by replacing “an inefficient fleet of ageing coal-fired power plants with clean and high efficiency technology”.

Several of Eskom’s power stations are reaching their end-of-life, having been commissioned in the 1960s and 1970s. However, Eskom has indicated that it does not intend to decommission its stations, but will rather “renew” them. Quite apart from contradicting South Africa’s constitutional commitments, continued reliance on and maintenance of Eskom’s old and outdated coal-fired power stations will mean an unreliable electricity supply and will put even greater strain on the fiscus.

Eskom’s proposals  to extend the lives of its ageing, polluting coal-fired power stations makes its non-compliance even more concerning, and highlights the importance of ensuring legal compliance to reduce the detrimental health impacts of pollution from these power stations.

Despite this, civil society organisations are facing increasing resistance from Eskom to releasing documents relevant to Eskom’s environmental and health impacts, which are necessary to allow government and society to arrive at transparent, informed decision-making. Pertinent information includes:

Eskom has, to date, failed to respond to a request under the Promotion of Access to Information Act for these records – the request for these records was made 4 months ago and it is important that they be made available on an urgent basis. It is not clear whether this is because such plans do not exist. If that is the case, that is of great concern to us. Eskom previously sought – and largely obtained – several postponements of compliance with minimum emission standards, despite the evidence provided by civil society and community organisations of the enormous health impacts that such postponements would cause.

Eskom’s behaviour and anti-renewable energy rhetoric simply fly in the face of state’s constitutional obligations and all available evidence. This cannot be condoned, nor allowed to continue. We call upon the Ministers of Energy, Public Enterprises, Environmental Affairs, and Health to take all steps necessary to ensure that Eskom honours government’s legal obligations and its renewable energy policy objectives to secure clean energy that will protect people’s health and well-being.