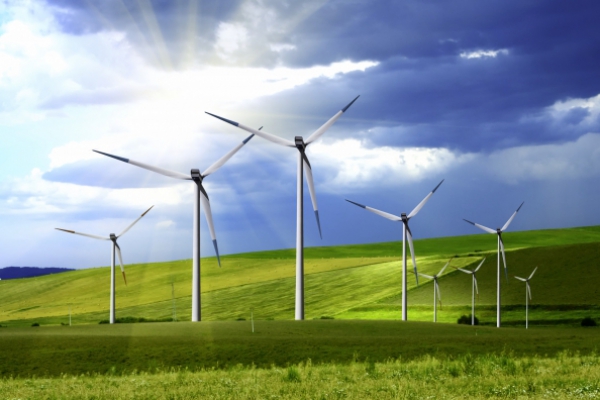 This article looks at what can be claimed, what is not claimable, who can issue reports and where to find these persons and companies, what should be on the certificate for SARS, the steps to start the claiming process, where to log your intention to start claiming tax, access to the relevant sourcing documentation, and workshops that are planned to communicate the requirements.

The Minister of Finance, Pravin Gordhan, in consultation with the Minister of Energy and the Minister of Trade and Industry, published the signed notice of the effective date of the Regulation in Government Gazette Notice no. 855 of 8 November 2013 as “Regulations in terms of Section 12L of the Income Tax Act, 1962, on the allowance for energy efficiency savings” and declared such to come into operation on 1 November 2013.

More recently, on 9 December 2013 the said Regulation 12L was promulgated and stipulates the allowance is for the purpose of determining the taxable income derived by any person from carrying on any trade in respect of any year of assessment ending before 1 January 2020. It stipulates that there must be allowed as a deduction from the income of that person an amount in respect of energy efficiency savings by that person in respect of that year of assessment. It should be noted that ‘a person’ referred to in this instance is a tax entity and in effect means that the energy efficiency allowance is not restricted to any industry, sphere of business, or any project and specific energy efficiency initiative – in a nutshell, if you are paying tax you can claim the allowance within the boundaries stipulated in the 12L Regulation. The allowed deduction is calculated at 45c/kWh for verified energy efficiency savings.

The most significant requirement to take cognisance of is that a baseline for the savings should be set by an M&V Professional under the auspices of an M&V Body accredited by SANAS in accordance with SABS/SANS 50 010:2011.

With energy efficiency being an intangible commodity until it is assigned quantification through a protocol as within the M &V process, formalised in the M&V national standard SABS/SANS 50 010:2011, it is important to take cognisance of the definitions stipulated in the Regulation to logically separate what is part of the 12L allowance and what is not:

This article should be read in conjunction with the references provided which refer to the applicable standards, regulations and approval documentation.

In 2009, the then Minister of Finance, Trevor Manuel, announced that there would be tax incentives for those that can demonstrate energy efficiency savings setting the ball in motion to employ the Income Tax Act of 1962 for this purpose.

Such tax incentives have been offered since 2009 using section 12i, the Industrial Policy Project Investment incentive for manufacturing-related projects with a 10% energy demand reduction component. Shortly thereafter the proposed 12L ‘Regulations on the allowance for energy efficiency savings’ were released for public comment by 15 November 2011. The effective date of 1 November 2013 for the 12L Regulation was promulgated by the Minister of the Department of Energy (DoE), Minister Pravin Gordhan in the Government Gazette of 8 November 2013. The 12L Regulation was promulgated on 9 December 2013 in Government Gazette No 37136 and stipulates that there must be allowed as a deduction from the income of a person an amount in respect of energy efficiency savings by that person in respect of a year of assessment.

The Regulation for 12L sets out the process and methodology for determining the quantum of energy efficiency savings, and requirements for claiming the proposed tax allowance, which stipulates a prerequisite that energy savings reports have to be compiled by M&V Professionals performing M&V under the auspices of a SANAS accredited M&V Body and the savings certified by South African National Energy Development Institute (SANEDI) through issuing of a certificate.

The M&V industry have also taken the initiative to set up a Council for Measurement and Verification Professionals of South Africa (CMVPSA) to ensure that the standard of work performed by M&V Professionals are upheld to provide credibility to the industry and security of workmanship to clients, engage and advise decision-makers on M&V related matters, as well as advise and protect the member M&V Professionals.

2. The reasoning behind 12L

According to the schedule of the Regulation, government recognises that it has become necessary to promote the efficient utilisation of energy to safeguard the continued supply of energy and to combat the adverse effects of greenhouse gas emissions related to fossil fuel based energy use on climate change. Saving energy through its efficient use may in government’s opinion also be considered as a potential successful method to guarantee the efficient utilisation of energy in future.

The Regulation also throws some light on what the funds will be used for from the impending Carbon Tax to come into effect in January 2015 by stating that “the intended purpose of a carbon tax is to mitigate greenhouse gas emissions and also to utilise (recycle) some of the revenue to be generated from such a tax to finance incentives to advance the further efficient utilisation of energy”. If interpreted correctly, there is promise that government will be ‘recycling’ the carbon tax income towards financing some of the 12L energy efficiency tax allowance.

Before discussing the processes for claiming incentives it would be good to look at the exclusions as, although they look quite minimal, a number of projects will be excluded and it is important to be aware of this before starting any process.

3. What is excluded from the 12L allowance

The definition in the Regulation stipulates that “A captive power plant means where generation of energy takes place for the purposes of the use of that energy solely by the person generating that energy”. This is interpreted as the self-generated energy, albeit from whichever source, is not being fed into the grid, but used within the reticulation system of the respective project or plant for which the energy efficiency allowance is being claimed. It is an incentive to up the implementation self-generation in excess of 35% of the requirements of a project or plant.

This can be interpreted as an exception to the rule mentioned in 3.1 previously, where renewables is excluded from 12L, with the exception that if such renewable energy is generated for own use and if it constitutes in excess of 35% of the kWhs of energy input in the year of claiming, it will be allowed.

Any grant, allowance or similar benefit which is, or was received, for energy efficiency savings by any ‘sphere of government’, of any public entity that is listed in Schedule 2 or 3 to the Public Finance Management Act, 1999 (Act No. 1 of 1999) is excluded as per regulation 7.

This means carbon credit offsets and letters of approval for CDM projects received from entities that constitute a ‘government sphere’ will not be allowed. Schedule 2 and 3 entities also constitutes a number of organisations that support the energy efficiency industry through grants and benefits ranging from the CSIR, which means the NCPC-SA and its IEE Project, Technology Innovation Agency (TIA), Central Energy Fund (CEF), Eskom, Industrial Development Corporation (IDC), Independent Development Trust, Land and Agricultural Development Bank of SA, Small Enterprise Development Agency, DBSA, EWSETA and many more.

What is allowed is that a project that has already received a benefit, can be ring-fenced and removed from the equation during the M&V process so that the section of the plant or project which has not received any concurrent benefit can become eligible for the allowance. However, projects started before the effective date of 1 November 2013 do not qualify, only projects after this date.

4. Ensuring the viability of a 12L allowance claim

With all the exclusions and concurrent benefits, the question arises what constitutes a viable opportunity to pursue the benefit of the energy efficiency tax allowance. A good starting point is to contact an M&V Professional to identify any current initiatives that do not fall within the concurrent benefit category and ensure that your project is large enough to make the M&V process and tax incentive financially viable.

Remember, not only large full-scale electrical projects qualify, projects like lighting only, or the insulation of certain buildings on your premises, a major upgrade of airconditioning systems, or drives, even reducing diesel or coal use will qualify.

In addition, except for the energy sources excluded in the limitations mentioned, all other energy sources can be claimed, for instance converting to gas from electricity because of its efficiency ensuring an energy saving, or using less fuel in a vehicle fleet due to implementing energy efficiency measures.

A safe rule-of-thumb is if you can save 1GWh for an assessment year, 12L would most likely be a viable probability for you.

It is important to become familiar with the stakeholders involved in regulating and controlling the system to ensure accuracy, credibility and transparency, as well as understanding the requirements by each within the tax claiming process.

STAKEHOLDERS AT A GLANCE

6. Procedure for claiming the tax allowance

The Regulation stipulates that organisations wishing to claim an energy efficiency tax allowance according to the 12L Regulation should take the following steps:

This is the process for each year of assessment for which the allowance is claimed, for each project.

To find an M&V Professional, click here. These are the persons qualified to perform M&V work if they are incorporated under an M&V Body – note not all members are recognised, only Provisional Full Members, and Full Members.