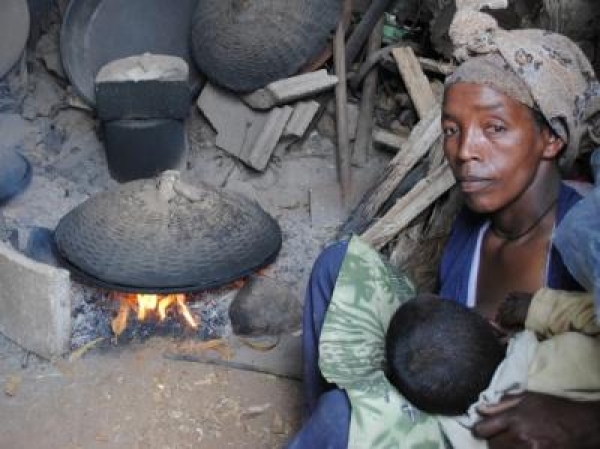 The invention of fire tens of thousands of years ago was one of the most powerful developments in all of human history.  Fire for cooking made it possible for us to eat a whole range of foods that were previously left out of our diets or perhaps consumed raw.  Fire for heating allowed us to expand our living area to higher latitudes.  This transformed our patterns of social development.

According to the Ashden Awards for Sustainable Energy a large number of people, especially in developing countries, still use wood as the main source of heat for cooking, many of them using open fires.  Open fires are not only inefficient, but they produce smoke which is harmful to health and result in large amounts of wood being burned, contributing to deforestation.

‘A year from now, 1.9 million of those people will be dead.  Their death certificates will cite pneumonia or lung cancer, but the underlying cause is exposure to cooking smoke.’

One of the top 5 threats in developing countries

Cookstove smoke contributes to a range of chronic illnesses and acute health impacts such as early childhood pneumonia, emphysema, cataracts, lung cancer, bronchitis, cardiovascular disease and low birth weight. The World Health Organization estimates harmful cookstove smoke to be one of the top five threats to public health in developing countries. Apart from the ill health consequences of exposure to smoke, the reliance on biomass for cooking and heating also increases pressures on local natural resources. Inefficient cookstoves also contribute to climate change through emissions of greenhouse gasses.

These gasses include Polycyclic Aromatic Hydrocarbons (PAH) and Carbon Monoxide (CO). Many traditional fuels PAH such as benzoapyrene (BaP), naphthalene, fluorine, phenanthrene and acenaphthene, which have been identified as priority pollutants by the International Agency for Research on Cancer (IARC) owing to their carcinogenic potential. BaP exposure among urban poor exposed to cooking wood smoke has been compared to the exposure to more than two packets of cigarettes per day. Carbon monoxide has an adverse effect on cardiovascular and respiratory systems, fetal development and the nervous system. The toxicity of CO is related at least in part to its ability to bind strongly with hemoglobin and interfere with oxygen transportation to the organs.

In the township Dark City, to the east of Pretoria, the main method of cooking is paraffin stoves.  Even though this is seen as a ‘cleaner’ way of cooking as compared to an open fire, it is often costly for the inhabitants to maintain.

‘I buy only five liters of paraffin at a time. It costs me R60 and lasts two weeks,’ says Sarah Mothoa.

‘I get headaches from the paraffin fumes,’ says Manda Sikosana.

Besides using paraffin for cooking, he also makes a fire inside the house for heat, adding that he ‘always opens a window so the smoke can get out.’

Not a good enough solution to the problem.

Women and children more at risk

From ‘activity timing studies’ undertaken in South Africa’s North West Province it appears that mothers of young children in non-electrified villages spend more time in the kitchen than their counterparts in electrified villages. The study also showed that the peak periods of wood use (and hence the periods of highest indoor air pollution levels) coincided with the presence of women in the kitchen, leading to elevated exposure to dangerous gasses.

This is why United Nations Foundations recently launched an initiative called the Clean Cooking Alliance was recently launched.  It is a public-private partnership to save lives, improve livelihoods, empower women and combat climate change by creating a thriving global market for clean and efficient stoves and fuels by 2020. The Alliance will work with public, private, and non-profit partners to help overcome the market barriers that currently impede the production, deployment and use of clean cookstoves in the developing world.

The Alliance advocates that the use of efficient cookstoves can dramatically reduce fuel consumption and exposure to harmful cookstove smoke.  Other steps like installing a chimney, opening windows, keeping children away from cooking fires and drying wood before using it can also help reduce direct exposure to smoke, but they do little to mitigate the other air quality, forestry, and livelihood or climate impacts of traditional cookstoves.  The traditional method of cooking is on a three stone cooking fire.  It is the cheapest stove to produce, requiring only three suitable stones of the same height on which a cooking pot can be balanced over a fire.

There are many different recommendations as to what should be implemented as a cost-effective alternative to the three-stone fire. Some of these include advanced biomass stoves like forced air stoves, gasifier stoves and rocket stoves. Forced air stoves have a fan powered either by a battery, an external source of electricity, or a thermoelectric device that captures heat from the stove and converts it to electricity. This fan blows high velocity, low volume jets of air in to the combustion chamber, which results in much more complete combustion of the fuel.

Gasifier stoves force the gasses and smoke into the flame above the fuel, where almost complete combustion then occurs. In a typical gasifier stove a batch of fuel is top lit. When the fuel underneath the flame gets hot the combustible products have to pass through the flame front.  Laboratory testing of the stoves demonstrates reduced fuel use, compared to three-stone fires, ranging from 35% to 65%.

Rocket stoves are defined by an insulated L-shaped combustion chamber that allows for partial combustion of the gasses and smoke in a stove, and thus achieve important emission benefits compared to open fires of crude stoves. These stoves can be centrally mass-produced products, locally artisanal, or anything in between. Fuel use savings vary widely with the type of rocket stove used. Laboratory tests show that performance can vary from increasing fuel use for poorly designed rocket stoves of high mass, to saving up to 50% of fuel.

Because a perfect solution has not yet been found and programs to introduce improved stoves are rarely successful unless they fit with the preferred local cooking patterns, the focus should fall on the development of a thriving global clean cookstove industry that is constantly innovating to improve design and performance while lowering the cost of the stoves.

Politician and movie star work together

Two of the high profile ambassadors for the Global Alliance for Clean Cookstoves are US Secretary of state Hillary Clinton and film star Julia Roberts.

‘Nearly two million people around the world – mostly women and children – die each year from an activity that many of us take for granted: cooking for our families,’ says Roberts.

‘I am proud to stand with Secretary Clinton to work to reduce the senseless and preventable deaths from unsafe cooking conditions in developing countries.’ 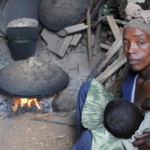 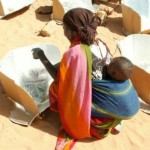 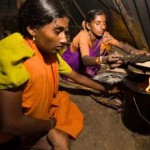