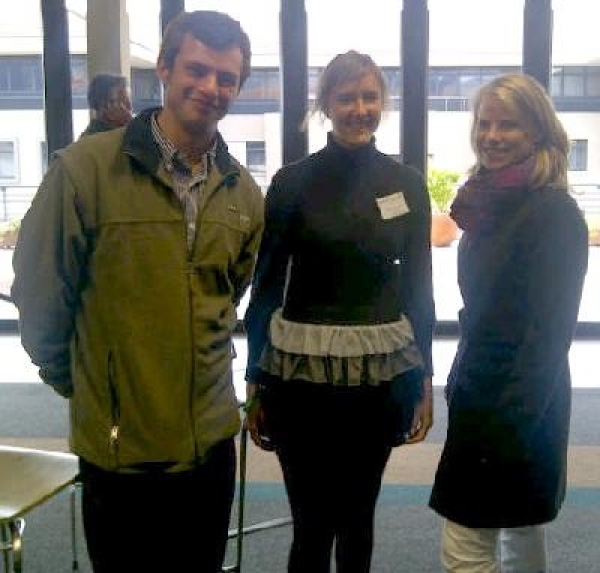 “The cost of addressing climate change is manageable, but the cost of not doing so is unaffordable,” said Yvo de Boer, former Executive Secretary of the United Nations Framework Convention on Climate Change.

This was mentioned during a Carbon Literacy course conducted by Adam Green from Global Carbon Exchange (GCX), which I attended this week.

Did you know that one ton of Carbon dioxide equals the volume of a three bedroom house? The average South African emits nine tons of CO2 per year.

“Nature is built on a cyclic model, there is no waste,” Green said.

Carbon dioxide exists naturally in the atmosphere and is emitted by respiration and dead organisms. These dead organisms become fossil fuels.

“The problem is that we burn those natural fossil fuels and emit more carbon into the atmosphere. Plus, we aggravate the situation by cutting down our trees which are supposed to remove CO2 from the atmosphere.”

Carbon dioxide is only one greenhouse gas.

There are five others: 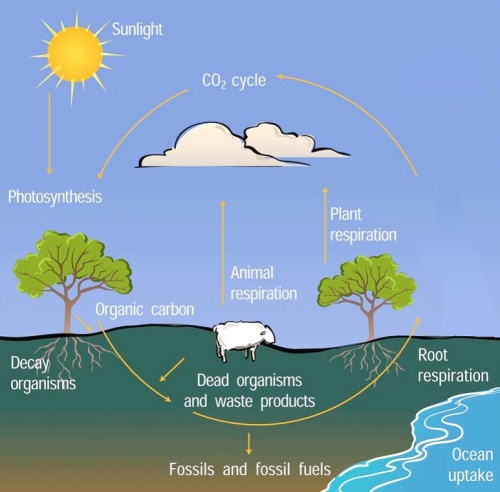 These greenhouse gases (GHGs) are responsible for the greenhouse effect. The sun’s rays enter our atmosphere and get trapped by a layer of GHGs which causes our earth to warm. This has an effect on our climate; global warming and climate change are mostly used as the same entity. Our climate is something that is measured over a long time and could be referred to as the average of our weather patterns. Climate encompasses the statistics of temperature, humidity, atmospheric pressure, wind, rainfall, atmospheric particle count and other meteorological elemental measurements.

Our climate, especially the rise in temperature, is directly affected by CO2 concentrations. Even though there have been periods in history with high concentrations, the current amount (390 ppm) is higher than ever before. To prove this, scientists don’t only look at temperature rises, but also take ice samples, analyse coral and tree rings.

Green showed us a National Geographic video clip on the importance of coral, where it is referred to as the ‘canaries of our planet.’ Mine-workers used to carry canaries down with them into the mines and if they stopped singing, they would know there is trouble – the air is too polluted and unsafe. In the same way coral gives us an indication of our planet’s safety, and it is listed as Vulnerable under the United States’ Endangered Species Act.

Over the last 25 years, our planet has been getting warmer and at a faster speed. The Northern Hemisphere has seen a 2 degrees rise from 1901-2005. Last year (2010) has been the warmest year on record. The Albedo effect (known as the positive feedback effect) also plays a role. The sun’s radiation can either be absorbed by darker spots or reflected off lighter spots. Unfortunately the main source of light reflection is our ice caps, which are now melting at an increased speed. Talk about a snowball-effect.

Even though the first real scientific analyses were only done in the 1950s, signs of climate change were already noticed in the 1800s. The introduction of the Industrial Revolution and the invention of machines fired by coal played a big role in the carbon increase.

“In South Africa we use dirty coal, because ‘cleaner’ coal is immediately exported.”

According to Green our biggest source of carbon emissions is electricity and heat, which accounts for 45% of our total emissions (440 million tons) and 1.3% of global emissions.

“Only two companies, Sasol (61 million tons) and Eskom (220 million tons), are responsible for 64% of our country’s emissions,” says Green.

Nuclear energy might lower carbon emissions, but have many other negative impacts.

“The situation with nuclear waste is just too unsure. And it takes about twenty years to properly set up a nuclear power station. Who is going to work in nuclear facilities? The guys in white lab coats won’t be coming from South Africa, but from developed countries.”

“Renewable energy is quick, cheaper, cleaner and it creates more jobs. Our government’s financial interests are slowing down the transition to renewables.”

A sea level rise of only one metre can put half of Bangladesh under water and displace 200 million people. If you don’t believe that the levels are rising, ask yourself where the melted ice is going. Kilimanjaro is expected to be snow-free within the next ten years.

Our biodiversity is severely affected by climate change. 20-30% of our plant and animal species are at the risk of extinction. Additionally disease-risks are increasing. Insect-borne diseases, such as malaria and respiratory diseases are exacerbated by our current and future climate conditions.

A rise in temperature could lead to crop failure which leads to poverty and starvation. One degree increase in temperature makes Stellenbosch and the Somerset West area completely unsuitable for farming. Most types of business will be disrupted and have to spend more on damage repair and health costs.

“The temperature is already rising, but we want the lowest amount of increase we can possibly achieve,” Green says.

In 2100 there is expected to be one billion environmental refugees. Overcrowding and lack of resources can cause tension and lead to wars. The earth’s population has grown from 700 million people in 1750 to 6.8 billion in 2009 and the population for 2050 is expected to be 9 billion.

There are two responses to climate change: mitigation or adaptation. Mitigation calls for lowering our carbon footprints; especially the educated, industrialised and developed nations. How can we emit less? Adaptation refers to the vulnerable people affected by climate change, who have to adapt to survive. As South Africans we have to mitigate and adapt.

I was happy to be awarded a certificate in Carbon Literacy by the (GCX). The workshop was the first in a series of workshops offered by Petco and Plastics SA aimed at making businesses more efficient and bringing them up-to-date with the latest offerings from government and the private sector.

Are we ready to take mitigation steps in our own lives? The time has never been better to make a few adjustments in the way we live.