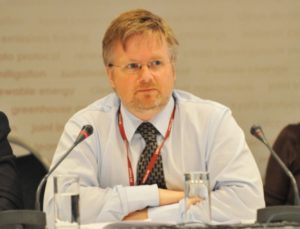 South African Minister of International Relations and Cooperation, Ms. Nkoana-Mashabane, has announced the appointment of Zaheer Fakir (South Africa) and Georg Børsting (Norway) as co-Chairs of a work programme on long-term climate finance.

In the context of meaningful mitigation and adaptation actions and transparency on implementation, industrialized countries have committed to a goal of mobilizing jointly USD 100 billion per year by 2020 to address the needs of developing countries.

In Durban, governments decided to undertake a work programme on long-term finance in order to analyze options for the mobilization of resources from a wide variety of sources. Sources include public and private, bilateral and multilateral, as well as alternative sources. Importantly, the analytical work will also cover the climate-related financing needs of developing countries.

The co-Chairs are well versed with the issue of finance in the climate change negotiations, having been actively engaged in climate finance issues both within the UN-led climate change process, as well as outside the process. Both served as advisors to the co-Chairs of the 2011 Transitional Committee of the Green Climate Fund. 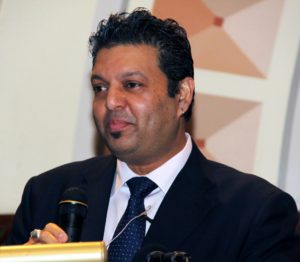 Mr. Fakir is a senior official of the Department of Environmental Affairs in South Africa. He is an active member of the Adaptation Fund Board and, until recently, was a member of the Council of the Global Environment Facility. He is also the co-Chair of the Trust Fund Committee of the Clean Technology Fund. In addition, he successfully facilitated the negotiations at the UN Climate Change Conference in Durban that led to the launching of the Green Climate Fund.

Mr. Børsting is the Policy Director for Climate Change of the Ministry of Foreign Affairs in Norway.  Mr. Børsting has facilitated various negotiations under the UN-led climate change negotiations and had chair positions in the Joint Implementation Supervisory Committee and the
Executive Board of the Clean Development Mechanism. He led the negotiations in Durban that resulted in the adoption of the decision on the work programme on long-term finance.

Kicking off in May

Mr. Fakir and Mr. Børsting will commence the coordination and steering of the long-term finance work programme, supported by the UNFCCC secretariat, at the upcoming UN Climate Change Conference in Bonn in May 2012. Their work will includes the organization of workshops throughout 2012 and a presentation of the outcomes of these workshops at the UN Climate Change Conference in Doha (COP18) at the end of the year.

During the session, the co-Chairs will actively consult with Parties and key stakeholders in order to identify priority areas of the work programme and to crystallize the work plan.