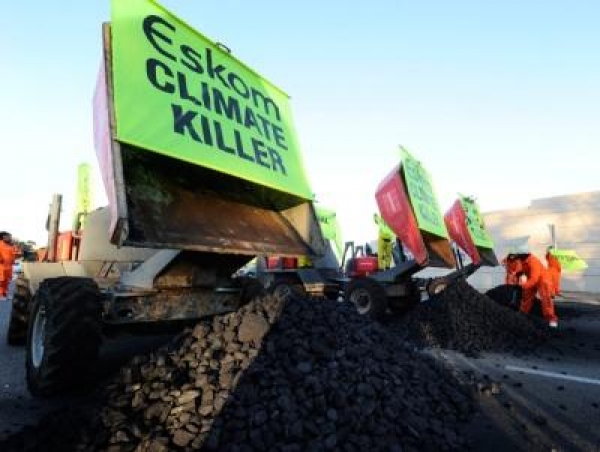 Greenpeace has identified  our national energy supplier’s addiction and  named it coal. How do we get them to rehab? Greenpeace found it suitable to nudge them towards the sober path by dumping five tons of coal on their headquarters’ doorstep.

On Monday, 27th June, Greenpeace Africa activists used three dumper trucks to unload five tons of coal, blocking one of the entrances of the Eskom Megawatt Park offices, to publicly demand that Eskom stops the construction of the Kusile coal-fired power station. 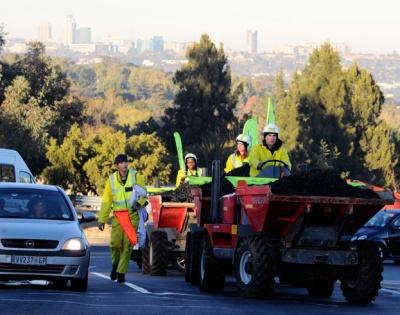 The activists held banners calling on Eskom to clean up its act and stop coal. Their action highlights the true cost of Eskom’s determination to use coal: environmental destruction at every step, the pollution of scarce water supplies and the destruction of people’s health and wellbeing.

Invest in people and green jobs instead

‘Instead of locking South Africa into a dirty energy future by investing in Kusile, Eskom should be investing in people and green jobs,’ says Greenpeace Africa’s Climate and Energy campaigner Melita Steele. 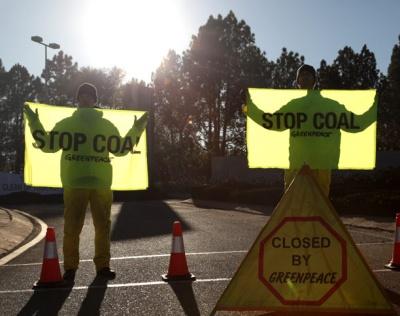 ‘To date, Eskom’s investments in renewable energy are limited to tiny projects of 100MW of wind and 100MW of solar. This illustrates their lack of commitment to a sustainable future for South Africa.’ 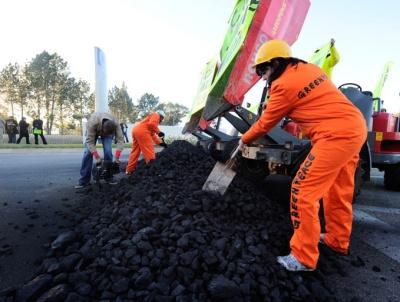 ‘Greenpeace Africa’s latest report ‘The Advanced Energy [R]evolution‘ proves that we do not need to build Kusile. Instead, South Africa should move straight to a future powered by clean, safe and renewable sources of energy.’

‘By 2030, 50% of South Africa’s electricity should come from renewables – not only would this help in averting catastrophic climate change, but it could also create 150 000 direct jobs over the next 20 years,’ says Steele.

According to Steele, ‘Greenpeace has tried repeatedly to engage with Eskom about its addiction to coal and nuclear energy. Eskom has however not shown any intention of changing its tune. Today Greenpeace publicly calls on Eskom to clean up its act. Eskom plays a crucial role in this country’s energy future and should lead the way in a just transition away from coal towards a clean and green future. South Africans can no longer continue paying the price for Eskom’s addiction to coal.’