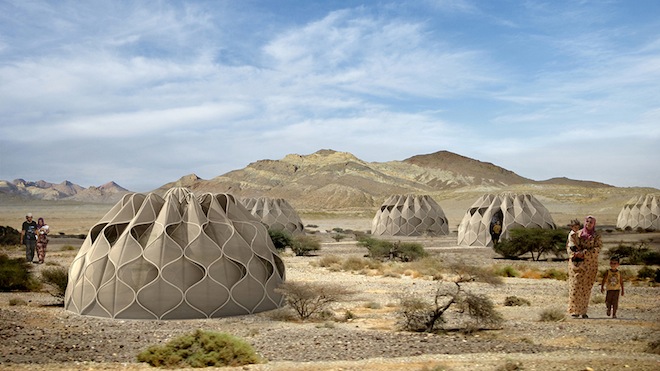 More than 40 million people worldwide have been displaced from their homes and left to find shelter in strange lands. Maybe they find a tarp, or a tent, but their quality of life almost always remains dismal.

To close this gap in need, Jordanian-Canadian architect and designer Abeer Seikaly designed a new kind of shelter.  One that allows refugees to rebuild their lives with dignity.

Seikaly, now living in Amman, Jordan is well poised to design a dwelling for refugees given that her ancestors in Jordan probably toggled between nomadic and sheltered life in the desert for centuries.

“The movement of people across the earth led to the discovery of new territories as well as the creation of new communities among strangers forming towns, cities, and nations,” writes Seikaly in her design brief. ”Navigating this duality between exploration and settlement, movement and stillness is a fundamental essence of what it means to be human.” 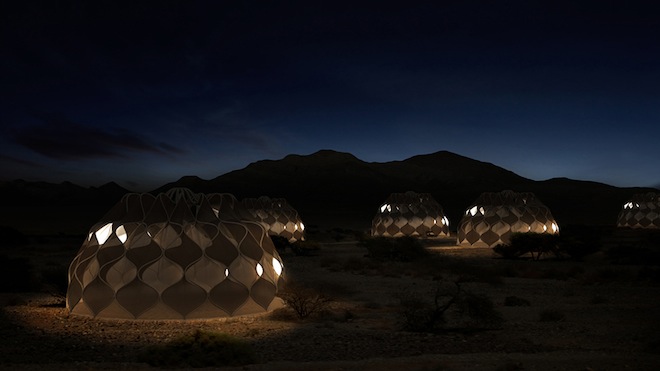 But today, a great deal of migration is no longer voluntary, as wars and climate change force people out of their homes – often with very little money. The collapsible woven shelters, which are conceptual but proven to work, would allow these people to carry their homes with them.

Comprised of a structural woven fabric that “blurs the distinction between structure and fabric,” the shelter expands to create a private enclosure and contracts “for mobility.” It also comes with some fundamental amenities required by modern people, including water and renewable electricity. 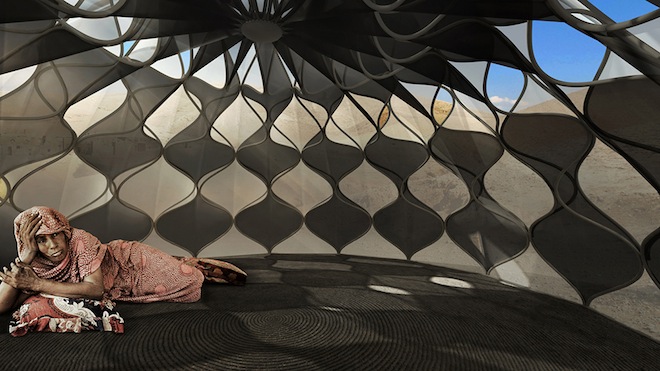 The outer solar-powered skin absorbs solar energy that is then converted into usable electricity, while the inner skin provides pockets for storage – particularly at the lower half of the shelters. And a water storage tank on the top of the tent allows people to take quick showers. Water rises to the storage tank via a thermosiphoning system and a drainage system ensures that the tent is not flooded. 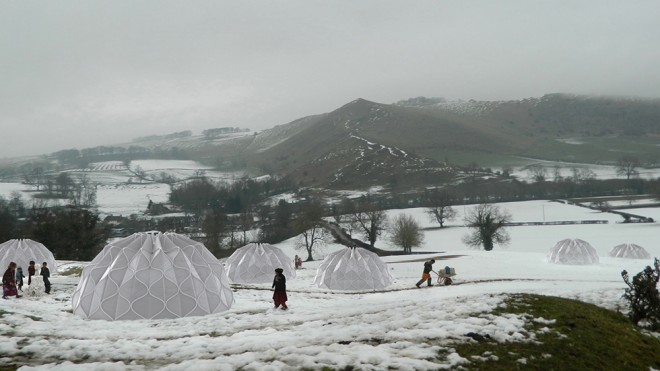 “This lightweight, mobile, structural fabric could potentially close the gap between need and desire as people metaphorically weave their lives back together, physically weaving their built environment into a place both new and familiar, transient and rooted, private and connected,” says Seikaly.

“In this space, the refugees find a place to pause from their turbulent worlds, a place to weave the tapestry of their new lives. They weave their shelter into home.”