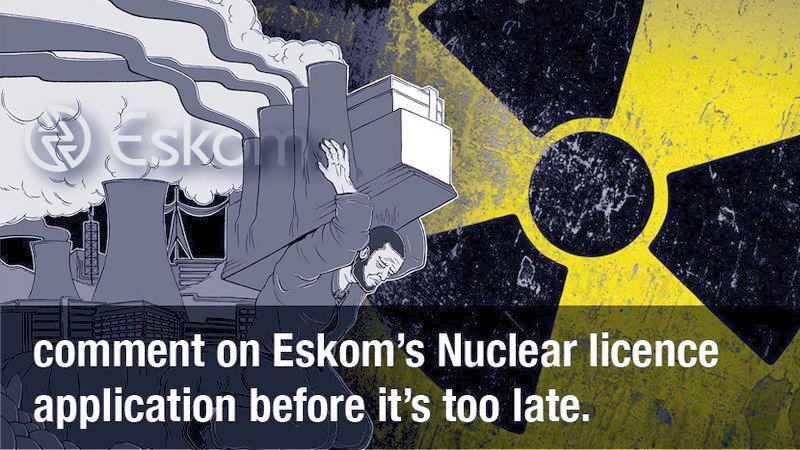 Minister Nhlanhla Nene was allegedly removed from Office because of his resistance to amongst other things, the Nuclear deal that was open for corruption and the country can not afford. Now Eskom (in a covert move) are trying to introduce a critical step of the Nuclear build program without the public noticing, by a sneaky and hidden notice in a provincial gazette… but it was discovered in time to do something about it.

This is critical to understand: If you do NOT comment on a Gazette, Government construes that you are in acceptance of the proposal. By not commenting, you have legally dispensed of your opportunity to challenge the implementation of the proposals.

You now have the perfect opportunity to derail this highly questionable move: Our researchers discovered the gazettes on time for the public to still have a few days to not allow this matter to go unchallenged, by individually commenting on the gazette. OUTA has made this as simple as possible to do by following this link, and will track all the submissions to ensure the receipt of your submission cannot be denied by government.

It is important to note that Gazette comments are not the same as petitions, as government has the obligation to demonstrate they have taken account of ALL gazette comments made by interested and affected parties, before forging ahead with their action. Failing to do so, Government faces the possibility of a legal challenge at a later stage. However, if the public fail to comment, then no legal challenge is possible on these grounds.

This video demonstrates the potential for corruption and the massive financial threat our country faces on the Nuclear Acquisition deal: