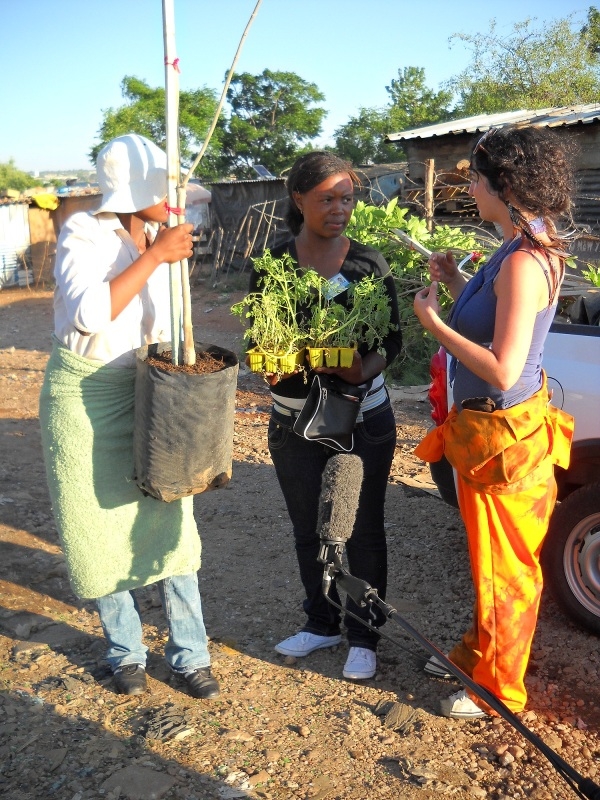 Danielle Ehrlich from AMbush hands over the trees to Dineo Monam and Sandra Ramphele from A Re Direng Mmogo Agriculture Group.

Drought, lack of funds and land ownership problems. This is but a few of the challengers the Blood River shack dweller community’s youth are facing.

With unemployment, lack of resources, disease and gangsterism the odds seem stacked against them, however the A Re Direng Mmogo Community Project still chooses to believe that there is hope. Despite these poverty traps holding them back, they refuse to lay down their weapons just yet.

Troubled by the high level of unemployment and substance abuse in their area, this group of 22 youngsters decided to diverge from the destructive way of life epitomised by the hundreds of the local youth and formed an agricultural group.

Together we can make a difference

“The name of the project means ‘together we can make a difference’. The people in our area, particularly the youth, are not interested in agriculture, because most of them are involved in wrong things. It’s our vision to do something out of the ordinary so that the community can learn new habits and reconnect themselves with nature and the environment. We believe that once people get connected with nature again, poverty will be alleviated and the youth will make better decisions,” said DineoMonam during her visit to the Climate Train in Polokwane.

On my journey through South Africa so far, I have had the opportunity to meet and encounter so many interesting people a hope and a desire for a better life. I remember the little girl I met in Krugersdorp, who at the age of two had the inclination that newly planted trees must be watered. She walked to and from the tap with her tiny cool-drink bottle until she was satisfied with the moist soil. I remember the man from Krugersdorp who stepped out of his cosy car, rolled up the sleeves of his business suit and helped us clear a week’s long accumulated rubbish dump. 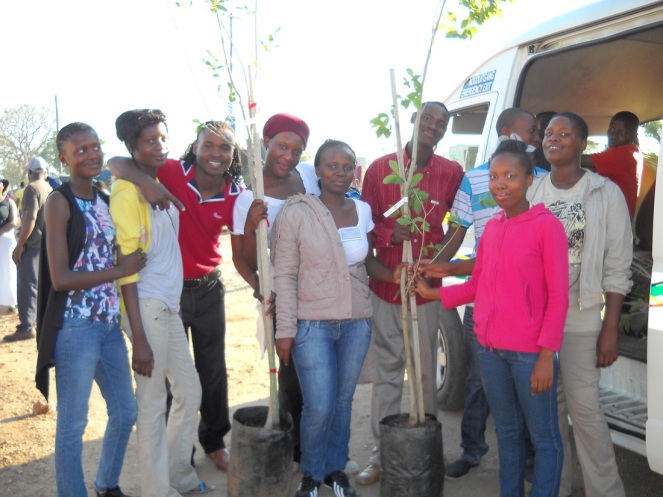 Direng Mmogo Agriculture Group poses with some of the donated trees.

When you speak to communities, it is clear that climate change is a reality and they are bearing the consequences of it everyday. They want change. All they are waiting for is support and for someone to take them by the hand and show some interest in what they have to say. Just like the A Re DirengMmogo Community Project.

Sometimes there’s no water in taps

Even though they are still struggling to obtain land, they are refusing to step down; instead they passionately continue to press toward their goal.

“There is currently a scarcity of water in Limpopo. When you turn on some of the taps no water comes out. We haven’t had rain for almost a month now, so getting good fertile land is difficult. We have however identified a favourable piece of land that belongs to the local traditional tribe. We met with them a few times to discuss our plans, but they haven’t agreed to give it to us yet. But perseverance is the mother of success, so no matter how many challenges we are going to face, we are not going to give up. We have been struggling for five months now, but there is a need in our community and people need to be educated about climate change. Since we were born, the Earth has been caring for us, so now it is our turn to take care of her and give back,” said another group member Sandra Ramphete. 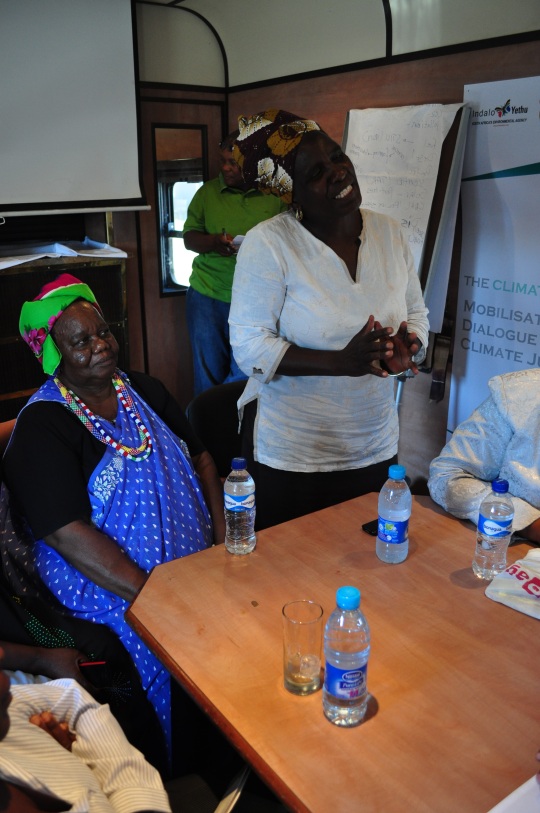 As a way to generate money and move back to their traditional roots the A Re DirengMmogo Community Project seeks to plant fresh produce such as spinach, cabbage, tomatoes, onions and carrots.

We can still rely on earth

The Climate Train together with AMbush Gardening Collective donated 15 trees to the A Re DirengMmogo Community Project,  which they plan to plant in a nearby school.

“We want to be able to render a service to the community and show them that we are still able to rely on the Earth for our sustenance. Why must we buy fruit and veg from shops when we can grow it ourselves? We want to re-instil the love and appreciation for Mother Earth in our community.”

This kind of passion and self-determination is what’s needed in order to move forward to a better and healthier Earth. People recognize that climate change is affecting their livelihoods and have already taken the first step. But the road to a healthier Earth is not a journey that can be walked alone. If we want change to take place, we need to step out of our comfortable shoes, roll up our sleeves and join hands.

In all their diversity, I found one thing that is common in all the places that we’ve visited and that is peoples’ deep longing for change. Nowhere in the six provinces that we’ve been to did we find communities waiting for government to educate and bring about change. Whether it was through dance, poetry or youth awareness groups, communities are choosing to empower themselves when it comes to climate change. Question is: are you willing to walk beside them and contribute to a healthier, greener life?