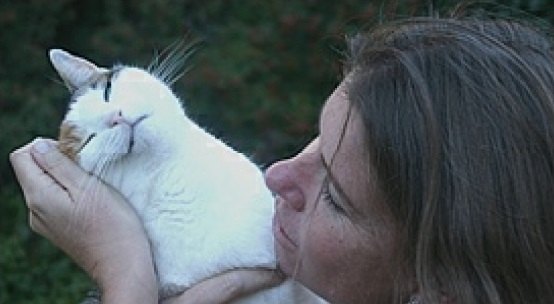 Last week two emails landed in my inbox. Two young boys were writing to me completely independently. They had started hearing animals speak to them.

One boy from Canada had been hearing animals for a year. It all started with wild wolves he encountered in the forest. They approached him, and started to speak. Since this happened to him, he has started hearing all sorts of animals talking to him. He described it thus: ‘..my neighbour’s dog started speaking to me, but its lips were not moving at all. Its not like bark bark woof woof, its like English, or French or wherever they are from, and I don’t know what to do about it..’ He asked if he was going crazy, or if this was a special gift. He hadn’t been able to tell anyone about it. I did as much as I could to alleviate his fears, explaining to him how this all actually works.

The other youngster asked if anyone could speak to animals. I said yes, we all have the ability to communicate with animals, but some people find it easier than others. It is something that you have to practice and train yourself to learn. He blithely wrote back that he already knew how to talk with animals, ‘and I’m only 13 years old!’ Now to some adults these words may sound like childish fantasy. To me they struck a deep cord. As a child I knew that animals could understand our thoughts and feelings. I understood how they were feeling, but I don’t remember ever hearing their voices. That only started happening when I consciously developed my skills.

Humanity is waking up

Times are changing, as humanity is waking up to the cries of the planet. It seems it’s the children who are the ones who truly hear. They will be the ones to see planet Earth through her crisis. It is vitally important for us to encourage our children to keep their wonderful connection with the animal world. As adults we have been conditioned to believe communicating with animals is impossible. The opposite is true and the children know this.

Closer to home, Noelle Oosthuizen is 16 and has been communicating with animals all her life:

‘I used to spend endless hours talking to my pets; it never occurred to me that we weren’t supposed to understand each other, it just came naturally.’

Noelle, and the two boys that emailed me are not the only children who can communicate with the animals easily and naturally. So next time your child starts telling you that Fluffy is not feeling well, or Spot is feeling sad because he’s missing the cat from down the road, listen and take them seriously. They are the ones building a beautiful new world, where animals and nature have a voice and can be heard.