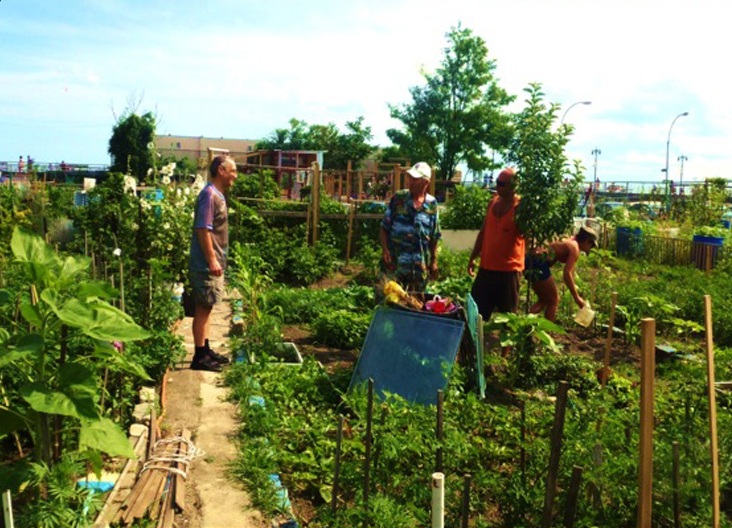 A developer bulldozed a beloved community garden in ­Coney Island, New York on Saturday to make way for an amphitheater — uprooting 20 chickens on a decades-old plot that survived Hurricane Sandy.

Construction workers entered the Boardwalk Garden under the cover of darkness and chucked tools and wheelbarrows, along with farm fowl and a colony of feral cats, activists say.

The chickens were placed in pet carriers on the sidewalk and the felines were left fending for themselves.

“They destroyed life!” fumed tearful volunteer Elena Voitsenko, 60, a Russian immigrant who told The Post she’ll take in the birds until they find a new home. 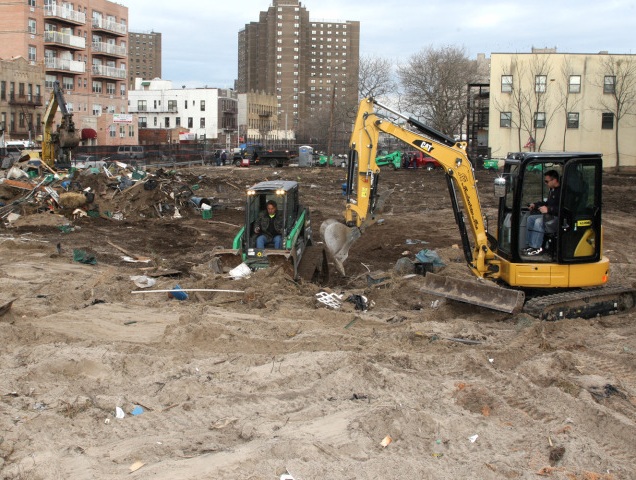 Workers razed the sprawling, 70,000-square-foot garden on West 22nd Street about a week after the City Council approved plans to convert the empty Childs Restaurant and its adjacent land into a 5,000-seat venue.

The $53 million project was trumpeted by outgoing Borough President Marty Markowitz, who tried previously to build a controversial amphitheater in Asser Levy Park in 2009.

Under the new plan, the city will buy the Childs building from iStar Financial and turn it into a restaurant and concert venue. The adjacent garden is slated to become a seating area.

The community board voted against the project in September, and locals have railed against turning the historic property into a noisy venue.

“The community does not want this amphitheater built on this land . . . but the city went ahead with this anyway,” said Yury Openzik, ‎34. “I’m heartbroken, not only for myself, but for the elderly people that were gardening here every day.” 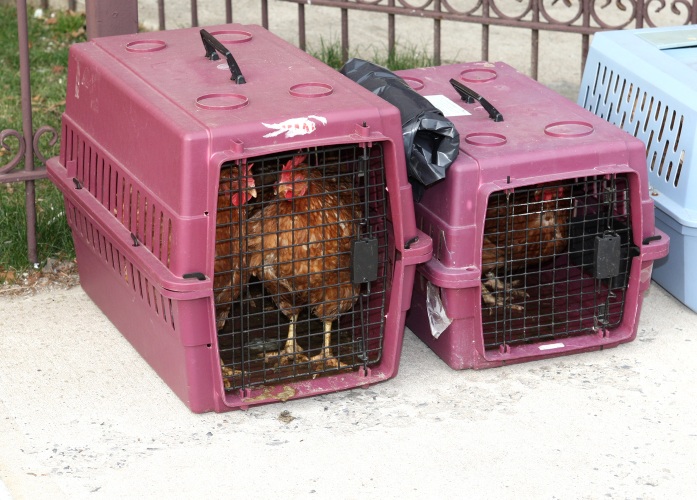 Throughout Saturday, volunteers recovered their belongings after workers knocked down plots for tomatoes, cabbage, zucchinis and other vegetables.

Residents say they’ve run the garden since the 1980s.

The city Economic Development Corp., which is spearheading the project, referred questions to the borough president. Markowitz’s office did not respond to requests for comment.

But Mark Cottingham, a consultant for the project, said the urban farm was decommissioned in 2004 and was operating illegally.