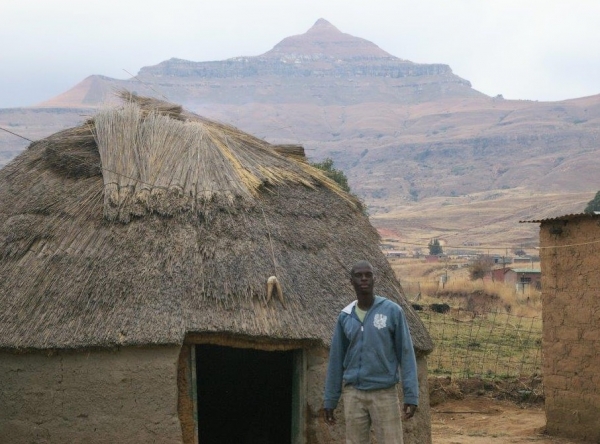 The great spiritual getaway – for me – has always been to the burly mountains of the Northern Drakensberg. Every year some inexplicable force lures me towards the Amphitheatre, where I let myself be swept away by its healing magnificence. Here, it seems, I can touch divinity. For here, the ever invasive human footprint has been managed and kept to a minimum. All that, it seems, is on course to change.

A few weeks ago, I drove to Obonjaneni, a little village nestled in the lap of the Amphitheatre, to deliver books to my friend Mathiba Mncube for his rural library. Despite Mathiba’s customary magnanimous welcome, his eyes looked troubled, reflecting the gloomy clouds shrouding the mountain. He was having sleepless nights about the proposed cableway threatening to change his ‘neighbourhood’ forever.

In 2012, the MEC for the Department of Economic Development and Tourism KZN, Michael Mabuyakhulu, announced plans for a cableway in the uKhahlamba region of the Drakensberg mountains, touting it as a potential tourism boost to the province.

With the recent feasibility report by Graham Muller Associates (attached below) having been released in July 2013, the cableway seems close to being a done deal. The report has earmarked an old quarry in the village of Busingatha as the base station, with Mount Amery on the escarpment of the Northern Drakensberg as the summit. 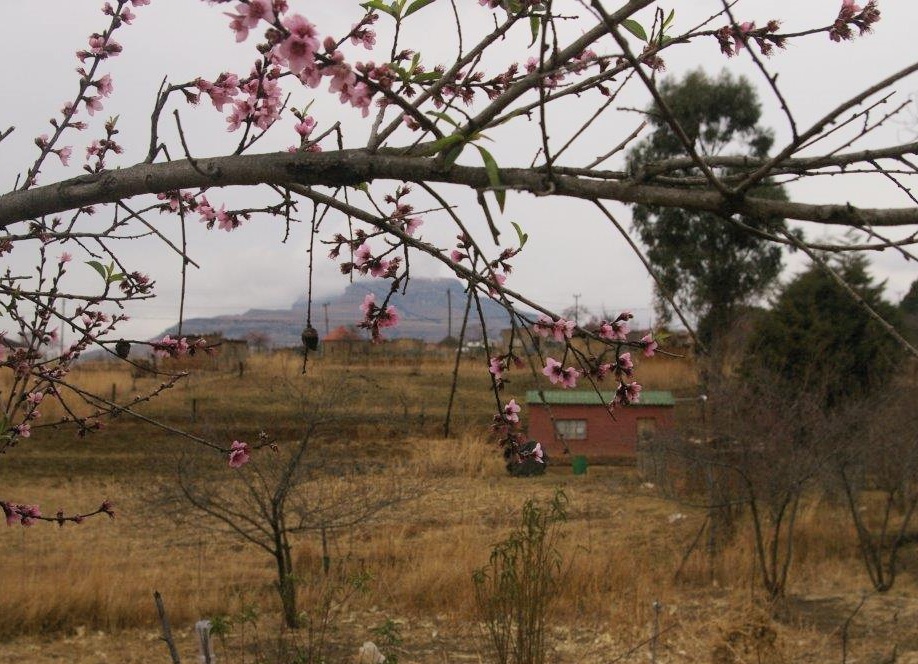 Fighting for ‘the gap’

Busingatha, like Obonjaneni, is a rural village in the amaZizi Traditional Authority. Together with the adjacent amaNgwane Traditional Authority, they form the Busingatha-Mnweni Gap. This community owned land falls outside of the protection of the World Heritage Sites of Southern and Northern Drakensberg between Cathedral Peak and the Amphitheatre.

Despite proclamations by the feasibility report that the community will benefit from the cableway venture, the community are vehemently opposed to this imposing structure. 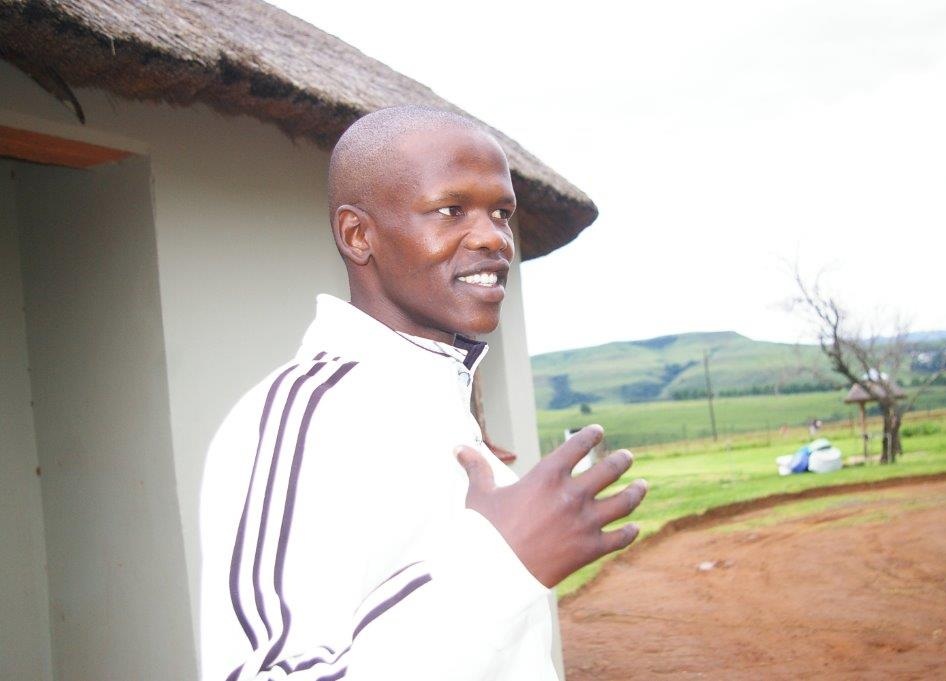 When I met Mathiba Mncube (above) over a year ago, I was struck by his committed efforts to protect the natural beauty of the region he is so fortunate to have grown up in. In 2005, he volunteered in one of the several donga rehabilitation programmes and has since become an FSG accredited certified guide and rock art custodian. Mathiba is so passionate about his environment and his community that he has single-handedly rehabilitated a poacher from the village. The reformed hunter now earns a living from tribal dancing for tourists who are taken on village tours by Mathiba.

“Our fight is for our community way of life and for nature because Mother Nature cannot speak for herself. I want the future generations to be able to appreciate the bearded vulture and mountain reedbok too,” says Mathiba with sadness. He is convinced that this cableway will impact on the habits of the sensitive wildlife. 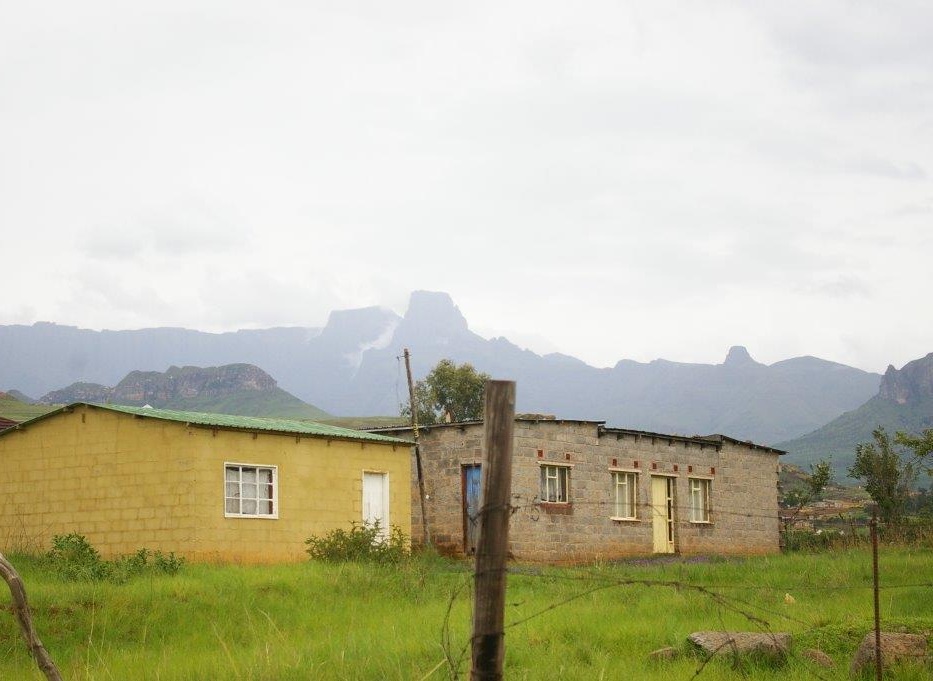 What does the community really want?

Intensive consultations with community stakeholders were meant to happen over the past few weeks. However, many of the custodians were not aware of or invited to the meetings. Mathiba’s mentor and fellow guide, Elijah Mbonane, had heard via the grapevine about the community consultations. Elijah has been responsible for introducing ecotourism to amaZizi and has mentored several youngsters in the village. He attended the meeting as a representative of the amaZizi Wilderness Group.

The amaZizi/Mnweni Wilderness Groups are made up of the local community. They are assisted and supported by NGO’s such as AMAFA, MDTP, Bergwatch and African Conservation Trust. They have had extensive training in environmental management, and have been actively involved in donga rehabilitation, livestock management, firebreak management, alien eradication and the recording and preservation of rock art sites.

Between 2011-2012, some 280 locals were recruited and paid by the amaZizi/Mweni Wilderness Group for various environmental projects. Their main focus has been on empowering the local community by creating job opportunities which are sustainable for the rural and natural environments.

For the past twelve years negotiations between Ezemvelo KZN Wildlife and the traditional authorities have been in progress to proclaim portions of the traditional authorities as a nature reserve, effectively linking it to the larger uKhahlamba Drakensberg Park World Heritage Site. The area is home to prolific rock art sites, around 250 endemic species of plantlife and endangered species such as the Bearded Vulture. This portion of the reserve would effectively be managed by the community and hence create further local employment. At the time of writing this article, the 45,000 hectare reserve had been awaiting final approval from the Ingonyama Trust. 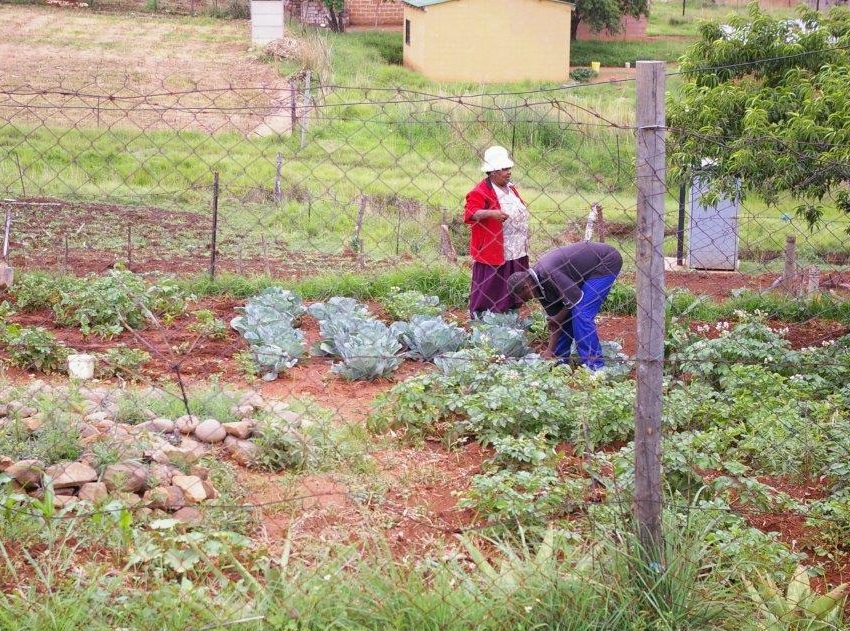 The odds seem stacked against the many like Mathiba and Elijah. It seems that a few key members of the community have been seduced by the promise of more money for the community. Most of the locals are well aware that the cableway itself will only create about 30 direct jobs. Obonjaneni alone has 65 000 villagers.

The cons on the other hand are numerous. Once a structure of this nature is built, the repercussions of further development are unavoidable. Roads, ablutions (including on the escarpment), parking lots and refreshment centres will become essential for its visitors. The resulting pollution could spell bad news for community and environment alike.

Consultation continues but there is now dissent in the community about those in favour of the cableway and those who aren’t. Another challenge came in the form of iNkosi Mthethwa Miya’s death, a week prior to my drive to amaZizi. iNkosi Miya of the amaZizi TA, had championed the preservation of the natural and rural landscape and was very much in favour of the nature reserve. Negotiations have been put on hold until the next iNkosi takes over.

On my return home, I was filled with mixed emotions. I had been replenished by the pure air, the awe-inspiring views, the warmth of the Obonjaneni community and the stories of salvation. It didn’t dispel the heaviness I felt at the developments regarding the cableway. Yet, I am also encouraged that feisty people like Elijah and Mathiba are on the side of the mountains.

An official and thorough environmental impact assessment will have to be undertaken if the project is supported by the community.