In an address that included what he described as a sample of the hurdles facing the proponents of shale gas mining in SA, Deal said that in the view of TKAG, the technology was wholly inappropriate for South African conditions and that the applicants and the government would be challenged in the courts.

“Organised industry often accuses environmentalists of standing in the way of development and progress. But our view is that groups like TKAG perform a very valuable function in calling a check on what would otherwise be a headlong rush – into an irreversible decision – by governments eager to appease voters at any cost. I am not convinced that the economics of shale gas mining stack up in favour of the development – in fact I believe that the proponents of fracking have roundly failed to prove their case – and that in contrast to the stated result of helping SA, exploring for shale gas in the Karoo will add little of value compared to the risks of exposing SA unnecessarily to the same hazards and costs that the country would face in production.“ 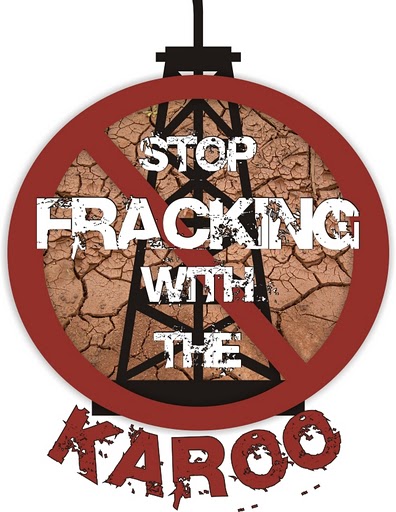 The ‘hurdles’ presented to the conference by TKAG included:

The task team report provided to the SA Cabinet by the Department of Minerals (DMR) as the basis for the Cabinet decision to lift the moratorium on shale gas mining, omits formal comment from South African specialists in, amongst others, the departments of Tourism, Rural Development, Agriculture, Nature Conservation groups, Transport, South African Revenue Services and Health department.

“In the absence of scientific evaluation of and comment on these aspects, by South African specialists, in the South African context, the document is a flawed model on which to base a decision on whether or not shale gas mining should be introduced to this country.”

The SA government has an established inability to monitor mining operations, enforce standards of safety and technical compliance, and prosecute offending operators who can and do hire the best international defense with the comparatively vast funds at their disposal.

“In 2011/2012, the Departments of Water Affairs and Minerals respectively, acknowledged that there were 53 mines in SA operating without water licenses and more than 5800 abandoned mines which would have to be rehabilitated at the expense of the SA taxpayer. The bill to address an acid mine drainage problem in the town of Carolina has been budgeted at R200 million – again for the SA taxpayer.”

Credible physicians and scientists in the United States have published reports relating to a variety of health concerns for communities and workers close to fracking operations and to those situated within reach of airborne and waterborne pollution.

“There has been no formal acknowledgement of these reports by our government, or by any of the current applicants who wait for their exploration licenses.”

A significant cost to the American taxpayer is the repair, upgrading, and maintenance of state roads as a result of the additional volume of heavy vehicles associated with shale gas mining. A group of six counties in Texas budgeted $500million for the period 2011 to 2016.

“South African roads are already in a marked state of disrepair and barely manage to cope with existing traffic volumes. Law enforcement on SA roads cannot be counted as a strength of the Department of Transport, and even in the US, where the law enforcement agencies are better trained, better equipped and better paid, that country is battling to manage the additional enforcement challenges presented by traffic from shale gas mining.”

Consultation with the South African public from the three applicants and from the SA government has been and is inadequate.

“The sequence of events in which Minister Shabangu promised in August 2011 to consult with all of the people before reaching any decision on Shale gas mining, and then lifting the moratorium a year later, with a concurrent promise that the government would ‘now consult with the public’ – does not constitute consultation, or participation – it is a fact that the government has decided to authorize exploration and the promise of consultation is empty.”

The Shell-commissioned report from Econometrix is a one sided, over-optimistic extrapolation of US industry furnished data, which ignores significant and readily available figures on state expenditure such as transport costs, health services, the development, training, equipping and maintenance of teams of environmental inspectors, traffic officers, scientists and prosecutors.

There is no discussion of who will pay to build the pipelines and infrastructure to transport gas across SA.

The applicants and our government have failed to acknowledge the bans, moratoria, and restrictions on Shale gas mining in other places and countries.

“This situation cannot simply be dismissed as originating from a handful of hysterical and emotional environmentalists and having no bearing on the SA decision.”

South Africa does not have fracking specific legislation. American regulations based on American laws cannot be imported into SA courts.

The economic model commissioned, paid for and propagated by Shell and apparently endorsed by the government, fails to address even one cost. Shale gas is measured in decades. Sustainable activities, which, on the face of it, in a direct short-term comparison with shale gas, are less impressive, ought to be measured for their long term, renewable potential. The jobs, production revenue and food security value of vegetables, meat, wool, tourism, wine, olives, honey and even the value of fresh drinking water should be calculated in much longer periods than decades. A comparison on this basis may introduce much needed perspective.

“The present model is akin to planning a new business by calculating only the profit on sales, and ignoring input costs.”

No quick fixes for SA

“In summary of these facts, it is my position that there are no quick fixes for South Africa. For our government to license exploration in the light of these unresolved issues, knowing and planning that it will open the door to full scale production, is ill-considered and irresponsibly risks the sustainability of future generations.”

Addressing the pillars on which our government’s view appeared to rest, Deal observed that the economics had not been adequately or even independently researched. He argued that the figures forwarded thus far, even though cleverly reduced to a fraction of the assumed gas reserves, were useless in the absence of a comparison against real costs, and the economic losses associated with the disruption – actual or potential – of sustainable economic activity.

Commenting on the industry propagated theory that ‘cleaner-burning’ shale gas would solve much of SA’s emissions problems, he cited a November 2012 report from Price Waterhouse Coopers (PWC) that shows that global carbon emissions need to fall by 5.1% PA, and that shale gas can at best achieve 3%. PWC also stated that there is a clear indication that the pursuit of shale gas is going to delay the onset of renewable energy and green technologies, and lock developing nations into a dependence on fossil fuels.