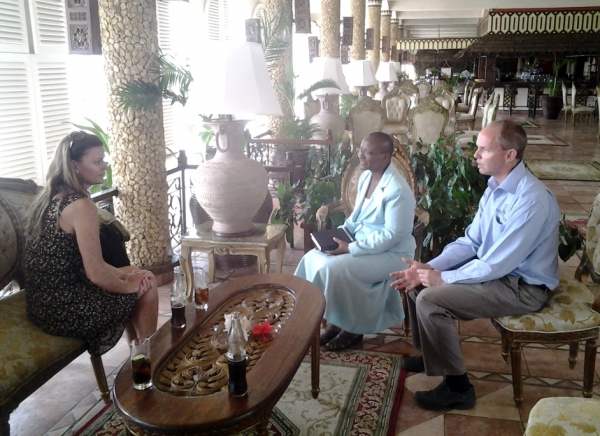 The Pan-African Local Climate Solutions for Africa Congress 2013 (LOCS 2013) was held from 30 October – 1 November 2013 in Dar es Salaam, Tanzania. When it came to a close earlier this month, a strong commitment was demonstrated of driving local climate action in Africa.

The Congress, which was opened by the Vice President of Tanzania, Dr Mohamed Ghalib Bilal, proudly welcomed over 440 delegates from more than 25 African countries – including local government and city mayors, governors and leaders, national government ministries, development partners, research agencies, NGOs and the private sector. This mixture allowed for compelling dialogue, learning, networking and transfer of lessons across the continent.

The main outcomes and messages of the event were captured in a resolution adopted on the final day of the event, entitled the African local leaders Dar es Salaam Communiqué in support of the Local Government Climate Roadmap 2013-2015. It will be fed into the United Nations Framework Convention for Climate Change COP 19 during mid-November in Warsaw by the ICLEI President and Lead Climate Negotiator for Tanzania Mr Richard Muyungi to ensure the African local government message is delivered loudly and clearly as part of the Local Government Climate Roadmap to the international climate community.

Over 120 local governments signed the Durban Adaptation Charter and over 50 signed the Mexico City Pact!

The majority of these were from Tanzania, which means that this was a momentous occasion for Tanzania as a whole, and for their national and local fight to respond to and prepare for climate change. This is an opportunity to be harnessed as local government leaders from around Tanzania are keen, willing and ready to do what it takes to help their citizens be prepared for climate change!

ICLEI Africa and Dar es Salaam City Council would like thank all speakers, partners, endorsers and participants for their contribution in helping to share lessons and mobilise partnerships in a bid to make African local governments more climate resilient, low carbon and sustainable despite numerous development challenges.

ICLEI Africa will soon post a brief summary of the key outcomes of the event on the LOCS website.