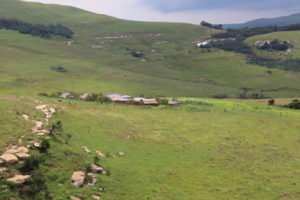 The Mabola Protected Environment near Wakkerstroom, is part of more than 70 000 hectares of grasslands in Mpumalanga, that was declared protected under the Protected Areas Act by the Mpumalanga provincial government in 2014. This followed years of investment, including extensive research and planning by a number of government agencies, including the then Department of Environmental Affairs, the South African National Biodiversity Institute (SANBI) and the Mpumalanga Tourism & Parks Agency.

South Africa has 22 Strategic Water Source Areas (SWSAs) which comprise 10% of the land area that produces 50% of the country’s fresh water. They supply water to South Africa’s largest urban centres, agricultural areas and support downstream economies and ecosystems. The Enkangala-Drakensberg Strategic Water Source Area specifically supports the economic hub of Gauteng as well as various towns and agricultural regions in Mpumalanga, KwaZulu-Natal and the Free State. 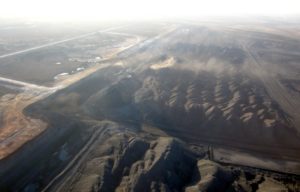 Atha-Africa Ventures (Pty) Ltd (Atha) was granted a mining right for coal after this area had been identified as a SWSA and after the Mabola Protected Environment (Mabola) was declared. Alarmingly, after the mining right was granted, the various government departments responsible for the environment and our water resources issued the other authorisations Atha requires for its proposed mine.

This is why a civil society coalition went to court to defend the area from proposed new coal mining.

In November 2018, the Pretoria High Court set aside the 2016 decisions of the then Ministers of Mineral Resources and Environmental Affairs, Mosebenzi Zwane and Edna Molewa, to permit this new coal mine to be developed inside Mabola, with a punitive costs order against the Ministers and the MEC for Environment in Mpumalanga. 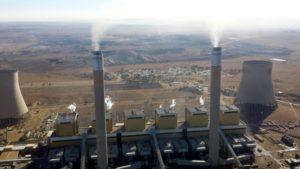 “This is a significant victory. Our courts continue to recognise the importance of the protection of the environment, and our strategic water resources, especially at a time when we are already suffering the impacts of climate change. Decisions to authorise coal mines should be critically scrutinised and questioned,” said Elton Thobejane, Chairperson of Coalition member the Mining and Environmental Justice Communities Network of South Africa (MEJCON-SA).

Coalition member groundWork’s Director Bobby Peek said: “Defending the Mabola Protected Environment is more than an attempt to mitigate further climate change impacts. It is also about defending the rights of communities who will be impacted by the proposed mining activities. groundWork applauds this decision as it sends a strong message to decision-makers that mining and profits cannot come before communities and their sustainable livelihoods.”

“The Endangered Wildlife Trust applauds this decision by the highest court in our land, in a time when upholding the rule of law has never been more important. South Africa has a strong and robust environmental legislation framework which is often not implemented by government departments and it is gratifying to see that our courts are prepared to stand firm in their application of the law to protect not only current generations but also future generations, from irreparable harm to our environment. In an era when coal mining is being phased out globally for its devastating environmental and climate impacts, it is high time that South Africa’s focus was on strategic resource management and not short term wealth at the cost of livelihoods and a healthy future. The EWT hopes that this decision marks this much needed new direction,” said Yolan Friedmann, Endangered Wildlife Trust’s CEO. 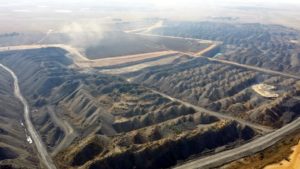 However, they may not consider giving permission until the Director General: Department of Mineral Resources (DMR) has decided the Coalition’s Appeal of Atha’s Environmental Management Programme (EMPR) for the proposed coal mine, which the DMR approved in 2016.

Through the Coalition’s challenges, records have revealed that officials in various government departments had recommended that approvals for the mine be refused, but these recommendations were overruled by their superiors. 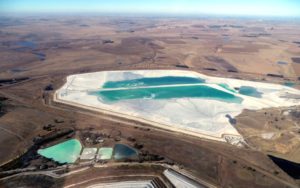 In the case of the DMR, officials had recommended that the EMPR be rejected, but these recommendations were then overruled. Some of the reasons given by the DMR officials for their recommendation include: 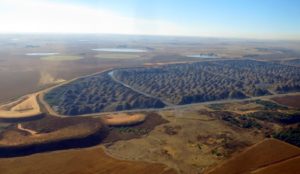 In January 2019, the Pretoria High Court refused Atha permission to appeal the November 2018 judgment. The Supreme Court of Appeal (SCA) found similarly in April 2019 – that there was no prospect of successfully overturning the High Court judgment. In July 2019, the President of the SCA dismissed Atha’s application to her to reconsider the SCA’s April 2019 refusal. Now the Constitutional Court has held similarly.

The Coalition defending the Mabola Protected Environment against this proposed coal mine and that secured the High Court victory that the Constitutional Court has left intact, comprises:

The Coalition is represented by the Centre for Environmental Rights. See more photos here.