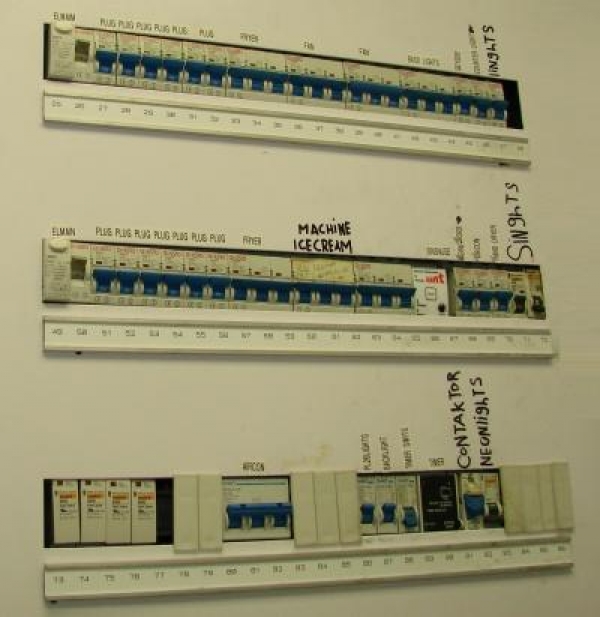 South Africans have already been through one steep electricity price increase, a sharp rise that caused much consternation in a hard economic environment. The sad news is that these increases are merely the tip of the iceberg.

One man is offering us some respite. Enter Prevo Naidu, founder and the driving force behind Infinity Energy:

‘Similar increases are planned for 2011 and again for 2012, putting South African consumers in a position of having to pay almost double for their electricity in two years time. Even worse, there is already talk of further increases in 2013 and onwards as Eskom struggles to meet the power requirements of the country.’

The national increases that have already been approved include a 25,8% increase in April 2011, followed by another 25,9% increase in April 2012. These increases only apply to consumers obtaining their power directly from Eskom. For those consumers who are customers of municipal electricity resellers, an additional 17% was added this year July and further increases will possibly follow in July 2011 and July 2012.

The sky’s the limit

These increases have already been legislated and will occur as planned. This means consumers paying R1 500 per month on electricity as of 2009, for example, will be paying over R2 900 in only two years time, assuming their consumption does not increase at all in this period.

‘And Eskom is already asking for more,’ adds Naidu. ‘Although nothing has been approved by the national regulator, Nersa, consumers can expect to see their electricity bills continue into the stratosphere before Eskom manages to reach its goal of doubling the power available to South Africa. One way to effectively protect ourselves from these hikes is to learn to use electricity wisely.’

Naidu says it is possible to optimise one’s electricity account without sitting in the dark. One can start by at least getting rid of all the energy that’s wasted in your home. Power Factor Correction technologies eliminate the 7% to 15% of electricity wasted by most household appliances. Eliminating this wastage has a significant impact on a traditional household’s electricity account. Power Factor Correction has already proven to work in businesses and households.

How does power factor correction work?

PFC minimises the inductive component of your current, thereby reducing wastage. So by reducing your electrical load, your energy efficiency is improved.

The angle of the horse’s pull is related to the power factor, which is defined as the ratio of real (working) power to apparent (total) power. If the horse is led closer to the centre of the track, the angle of the side pull decreases of the apparent power.

Geyser is first port of call

The geyser is another area of potential savings as this device consumes 50% to 60% of the electricity in a normal household. Geysers are continually switching on and off throughout the day, up to 20 – 30 times per day, to ensure consumers always have hot water on tap. A Geyser Control Regulator will help consumers save significant costs in their power bill by keeping the geyser off except for the times when hot water is needed.

Jutta and Michael Dudley, customers of Infinity Energy, saved R700 in their first month alone, according to a feedback letter that they sent to Prevo.

‘Geyser regulators automatically switch these devices on at predetermined times to ensure households have hot water to suit their schedules, such as early in the morning and in the evening, but keep it off at other times,’ explains Naidu.

‘This will ensure the geyser only consumes power at two or three specific times during the day, resulting in substantial savings.’

The device also has a boost button that, when pressed, will ensure hot water in times of excessive or irregular use.

Infinity Energy offers its clients energy savings through its five step service. By doing an initial site inspection, conducting a full energy audit, developing a tailor-made energy saving strategy, implementing the strategy (right down to changing the last light bulb) and then closely monitoring the electricity consumption, the company is able to guarantee its clients a minimum saving of 10 – 25% on their household or company electricity bill.

The electricity price hikes are an unpleasant fact of life for all South Africans, rich and poor. Consumers can’t escape the soaring costs, but they can control their own electricity consumption and limit the damage to their pockets.

How did Prevo get into energy regulation?

Prevodhan (Prevo) Naidu came to Gauteng as a driver in 1996 and started his working career in the adhesive industry. After advancing up the corporate ladder, he resigned as the potential for future growth at the same company was limited.

In 2010, Naidu became involved in building solar panels and came across Power Factor Correction (PFC) and Geyser Control Regulators. He immediately saw an opportunity and this is when Infinity Energy was born.

This system should be considered by everyone who has ever complained about hiking electricity costs, which I am sure is most people. We are certainly going to try this out!