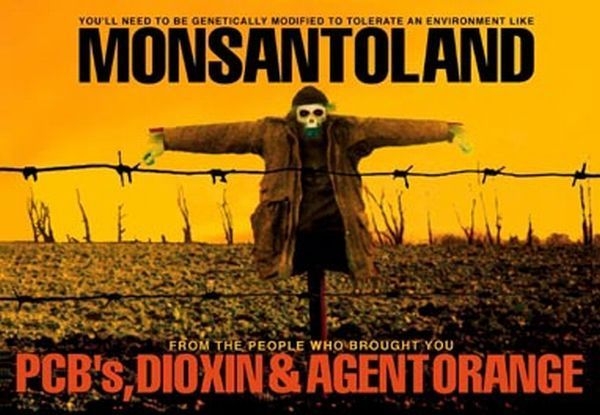 The Africa Centre for Biosafety (ACB) has dismissed the findings of the biotechnology industry’s flagship annual report, published by the GM industry funded ‘NGO’, the International Service for the Acquisition of Agri-biotech Applications (ISAAA), as mischievous and erroneous.

According to the report, South Africa’s GM crop area increased by a record 26% or 600,000 hectares over the last 12 months. However, Mariam Mayet, director of the ACB points out: “The ISAAA in its desperate attempt to bolster the popularity of GM crops in the media, has overestimated the spread of GM crops in SA by a staggering 400%!

According to the latest figures from the Department of Agriculture, Forestry and Fisheries (DAFF), the combined maize and soybean cultivation in South Africa increased by less than 150,000 ha over the stated period and the area planted with GM cotton has declined by 3,000 ha.”

In fact South Africa has witnessed an increase in non-GM maize cultivation. Between the 2010/11 and 2011/12 growing seasons, the area of non GM maize cultivation increased by 38% (or 210,000 ha). “It is likely that the issue of insect pests developing resistance to the toxins produced by GM maize is a major factor behind this shift away from GM maize in South Africa,” said Mayet.

The ISAAA further claims that developing countries planted 52% more GM crops than industrial countries and small farmers were the main beneficiaries. However, this includes the extensive mono-crops planted in Brazil, Paraguay, Argentina and Uruguay. “GM production particularly in Latin America occurs on vast industrial estates. The industry has always promised that GM crops would help small farmers, but the soya barons in Brazil and Argentina are not our idea of ‘small'” said Gareth Jones from the ACB.

The reality is that 2012 was truly the biotech industry’s ‘annus horribilis.’ The ISAAA is ominously silent on the need for long-term feeding studies identified by the international scientific community following the damning results of the Seralini GM rat study; the 24 million ha of US farmland over-run with glyphosate resistant weeds; or the new GM crops in the pipeline, engineered to be resistant to even more toxic herbicides such as 2,4-D, Dicamba and glufosinate, to deal with this catastrophe.

“The $45 million the biotech industry spent to fight against GM food labelling in California illustrates the double standards by which it operates. While claiming to be eradicating hunger and achieving environmental sustainability for the public good, the biotech industry has denied the same public any rights to free choice when it comes to the food they eat or the systems of agriculture they want.” Said Jones.

The ACB wants answers from the GM industry on the following:

If GM crops are so good for small farmers, why did the Indian state of Maharashtra ban GM cottonseed sales in 2012 – does it have anything to do with the near 40% crop failure fuelling a wave of suicides?

If GM crops are so badly wanted by African countries, why did Kenya ban imports at the end of last year?

Why is there so much controversy about exactly how much GM is being grown in Egypt and Burkina Faso? Even the ISAAA admits Egypt grew less GM last year, and Burkina is reported to have banned Bt cotton altogether pursuant to farmers abandoning GM cotton in that country; and If GM crops are the answer to our global food crisis, why did BASF pull out of Europe altogether last year?

It is also of interest that the ISAAA’s financial supporters include: