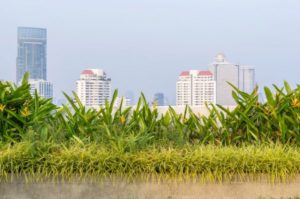 What were the successes of the Durban platform as the agreement has been dubbed?

The big success is that Durban pulled together all the key role players and they were forced to exercise their minds and focus on the biggest threat ever faced by humankind. Paul Stockton, Assistant Secretary of Defense, the man charged by the US with securing the country from cataclysmic disasters, including terrorism such as the 09/11 attack, has no doubt about this and is preparing his nation’s disaster management specialists for attacks much bigger than anything they have ever yet experienced. These attacks he is sure will mostly come from Mother Nature. If he wasn’t in Durban, he should have been.

While the Durban Platform extends the life of the Kyoto Protocol until 2018, the exact legalities still have to be thrashed out. Already the Canadians are out; America, Australia and Japan found enough wriggle room in Kyoto never to implement the provisions which they had agreed to in Japan all those years ago.

Politicians are concerned with the short term

That is one of the problems with these big political jamborees. They are all run by politicians who have, by the very nature of their tenure, a very short planning horizon. None of them is prepared to commit their countries to real cuts in emissions or real action to limit, let alone contemplate the reduction of the amount of fossil fuel fed energy consumption. The result of Durban therefore, at best is a situation where Planet Earth is legally bound to the spectre of a warming of 4 degrees C.

COP17 failed to gain an agreement that compels nations to begin to take radical steps to first stabilize the emission of fossil fuels and then begin to reverse the trend before 2020. This would mean such actions as limiting the amount of fossil fuel energy produced and consumed, heavy subsidization of research into and production of alternative sources of energy and serious consequences for those who breach the terms of the agreement. This is not going to happen any time soon!

An issue of concern will always be the fact that a conference of this nature will inevitably arrive at the conclusion of an agreement set at the lowest common denominator. It is almost impossible to contemplate an aspirational agreement being reached which raises the bar and therefore the quality of life and standards of all, for all generations to come. There is inadequate leadership and political will in the world today for that to happen.

Brightest scientific minds and radical environmentalists on one page

Another positive aspect of COP17 is the fact that the debates and activities around and in support of the actual conference brought the issues clearly and starkly into the public domain. So it became more than just a venue where politicians could thrash out a political accord. It was a venue that brought together some of the brightest scientific minds and some of the most radical environmentalists. This collection and concentration of thoughts and debate helped us to begin to understand the complexity of the issues and the urgency of the situation we are in.

However, Alf Wills, SA’s Chief Negotiator, is right when he asserts that just getting an agreement that the US, China and India would agree to is a great step forward. And this is the real success of COP17. All of the almost 200 countries represented at the Conference signed the agreement. We know that many have to obtain ratification of it from their parliaments before implementation and this is a process fraught with many pitfalls, but at least it creates hope that there is a realization in the world of the seriousness and urgency of the situation.

The one thing we all have to appreciate is that we are all in this together. There is no escape for any of us or our children, or even our children’s children!