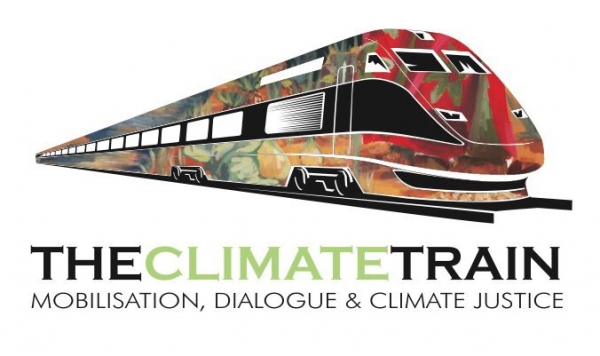 After an epic month-long journey through seven provinces, the COP17 Climate Train is due to arrive in Durban on Sunday morning. It will be greeted by dignitaries and the public at the Durban Station, where it will be parked for the duration of the 17th Conference of the Parties (COP17) for visits by the public and round-table discussions on key climate change issues.

First the train arrives in Pietermaritzburg early tomorrow morning for formal and informal engagements with the community and officials during the whole of Saturday.

Msunduzi-Pietermaritzburg Mayor Sizwe Mkhize and Kwazulu-Natal MEC for Environment Affiars, Meshack Hadebe will officially welcome the train tomorrow morning at 9h30 in the City Hall. The dignitaries will then join the public on the station platform for, amongst others, an
overview of the Climate Train’s work by Indalo Yethu CEO June Josephs-Langa and a representative from Women in Environment.

Under the banner – Mobilization, Dialogue & Climate Justice – the Climate Train represents an unprecedented outreach programme. By Sunday it would have visited 17 towns engaging on people’s climate hopes, aspirations, experiences and solutions on climate change en route to Durban.  The special vehicle and its environmental educationists and artists hosted women’s and youth groups, artists, learners and officials who are often disconnected from the big debates and decisions, through art, tree planting, theatre, Earth Forums and round table discussions.

Indalo Yethu, the South African Environmental Agency, have joined forces with several partners to make possible this extensive awareness raising and engagement process through the Climate Train. The main partners are the Passenger Rail Agency of South Africa (PRASA), the Embassy of the Republic of Germany the British Council and COPART, with the support of the Department of Environmental Affairs, loveLife, the SA National Biodiversity Institute (SANBI) and the German Development Agency (GIZ).

The Climate Train is scheduled to leave Pietermaritzburg on Sunday morning at 08h40am and is scheduled to pull into the Durban station at 11h00am, 27 November, the first day of the two week United Nations Framework on Climate Change Committee (UNFCCC’s) COP17.

In both Durban and Pietermaritzburg, the public is welcome to join in the interactions between 09:o0 and 17:00 every day – no reservations required.