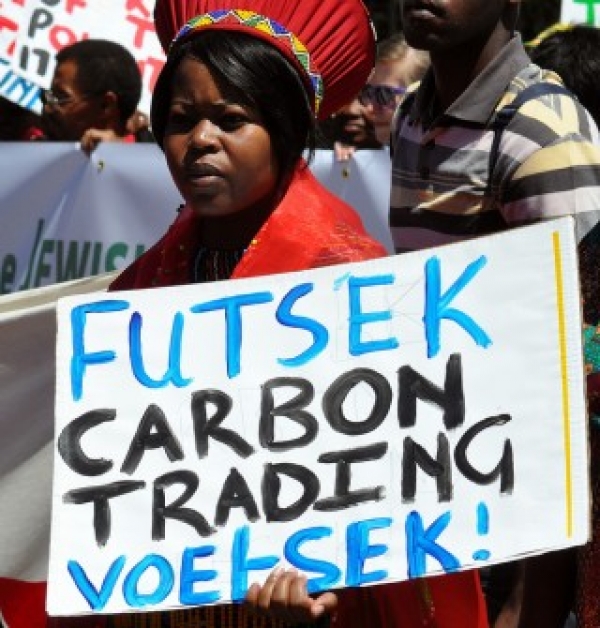 Over 100 civil society organizations from Africa and around the world sent a letter earlier this week to African negotiators attending the UN global climate talks in Durban, calling for them to reject efforts to place agricultural soils within a carbon market.

Countries in Durban will consider whether to advance a separate agriculture work program within the global climate talks. The agriculture work program “would lead to agricultural soils and agroecological practices being turned into commodities to be sold on carbon markets, or used as sinks to enable industrialized countries to continue to avoid reducing emissions,” the letter said. The group noted that bringing African agriculture into international carbon market schemes could bring about a new threat of speculative land grabs to the continent.

African ministers are being urged by the World Bank to endorse carbon markets for agriculture, despite enormous scientific uncertainty in measuring soil carbon, and the overall failure of carbon markets to generate finance or benefits for developing countries. The groups cited a World Bank supported project in Kenya, where farmers are likely to earn only $1 to $5 per year, while the rest of the money goes to developers and consultants.

“Carbon markets are an over-hyped, unreliable, volatile and inequitable source of funding for Africa,” the groups wrote. “In spite of the vast volumes of money currently associated with carbon markets, only a tiny fraction of this goes to projects on the ground.”

Instead, the groups call for developed countries to fulfill their commitments for climate finance with direct annual contributions to the UN’s Adaptation Fund. In addition, negotiators should consider other innovative sources of finance, including a financial transaction tax, and special drawing rights, which could generate billions of dollars for developing countries to address climate adaptation challenges.

“We believe that agroecological practices are a key strategy for adaptation, mitigation and increased yields for African farmers,” the groups wrote. “But these approaches cannot come packaged with, or be structured for, carbon offset credits.”