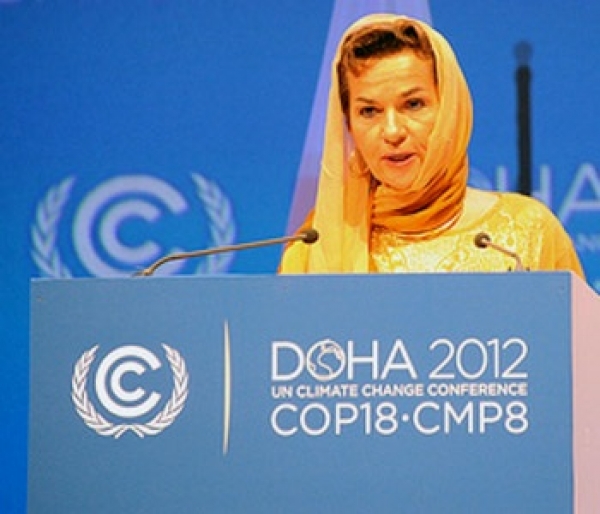 This year, the United Nation’s two-week climate-change conference, COP18 in Doha, Qatar, provides yet another opportunity for serious climate-change mitigation. And with the recent Superstorm Sandy, it is clear that tough decisions must be hammered out as soon as possible because climate change will not slow down for us.

Although the United Nations Framework Convention on Climate Change (UNFCCC) annual conferences are praised as a step in the right direction for increasing awareness on environmental issues, the political gridlock between developed and developing countries has hindered substantial progress in creating long-term plans for curbing greenhouse-gas emissions (GHGs)

At COP 18, participants must decide whether to renew the Kyoto Protocol, the legally binding agreement for industrialized countries to reduce GHGs that is set to expire this month. Developing countries are tasked with hosting clean-energy projects funded by developed countries.

Kyoto: a lack of commitment

Although ratified by 187 countries, the Kyoto Protocol has suffered from a lack of commitment; the U.S. did not ratify the treaty under President George W. Bush and in 2011 Canada abandoned commitments to avoid severe penalties of failing to meet 2012 targets.

Another player with commitment issues to to the Kyoto treaty is the city of Seattle. Although the U.S. never signed the international treaty, in 2005 under the leadership of Mayor Greg Nickels, Seattle garnered praise for adopting the Kyoto treaty goal of 7 percent drop in 1990-level GHGs by 2012 through small, everyday lifestyle changes.

In 2008, Seattle was touted for reaching a 7 percent drop in GHG emissions, but since then population growth has made it difficult to measure success. Current Mayor Mike McGinn has abandoned the Kyoto treaty strategy for an emphasis on tackling big challenges, such as transportation issues.

a PR stunt from the beginning

The city’s dismissal of prior environmental commitments is troubling for critics, such as Director Todd Myers of the Center for the Environment at the Washington Policy Center, who said the Kyoto Protocol in Seattle was a PR stunt from the beginning.

“[To] prioritize not an environmental impact, but political benefit undermines ability [for climate change mitigation]; anything non-serious takes away from solutions that are real,” said Myers.

Whether the Kyoto Protocol is the right model for the international community and the city of Seattle is a matter of opinion. Yet it’s clear that the UNFCCC and Kyoto treaty’s success in raising awareness come to little amidst dead-end talks and half-hearted, politically motivated commitments. Symbolism and complicity are not enough; negotiation, commitment and action are needed for meaningful strides in climate change mitigation.