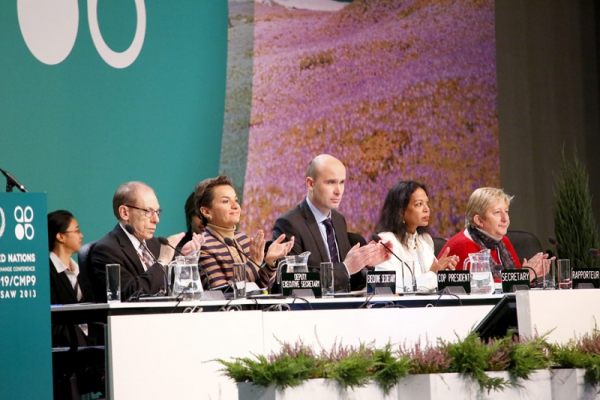 As has become the tradition in the UN climate talks, the last day of the annual Conference of Parties (this year, COP19) stretched into the weekend. And as has become a tradition after the gavel’s sound marked the end of formal negotiations, our feelings couldn’t be more at odds with the relieved cheers and congratulatory remarks of exhausted government negotiators.

Our partners aren’t clapping today. We’re angry, but we’re energized; ready to go back home and build the power we’ll need to push our governments faster, smarter, harder and in new directions.

Amidst concerns that governments were increasingly out of touch with the realities of dangerous climate change and public demand for bold measures to tackle it, civil society groups labelled the COP19 a “missed opportunity”.

There were faint glimmers of progress on important issues such as forest protection schemes, initial funding for adaptation measures and a “loss and damage” mechanism to deal with the costs of unavoidable climate impacts. However, displays of bafflingly obstinate wrecking-ball behaviour from some rich, developed nations such as Japan, Australia and Canada created an atmosphere of distrust. That distrust fed into government’s collective failure to agree to a clear and ambitious roadmap towards the global climate treaty due to be agreed in Paris in 2015.

Failure to overcome lack of clarity

You already know much of this story. We’ve told its most upsetting and heartbreaking parts too many times. The impacts of climate change have never been more obvious. Relentless droughts, wildfires, devastating and unprecedented floods, heatwaves and other extreme weather events over the last year have left almost no country untouched. Yet those same countries’ governments left Warsaw without having unlocked the trust or momentum needed to slow, adapt to and survive climate change.

But there is another story to tell. With a 2015 treaty looming and tensions between countries growing as a result, governments’ true and often ugly colors were exposed like never before. Governments fiercely and often blatantly negotiated on behalf of near-term economic interests at the expense of our future.

Angry and refusing to risk legitimizing their governments’ inaction, over 800 of our partners and friends walked out of the negotiations on Thursday in a striking and massive protest. They returned home to their capital cities and countries’ respective halls of power to mobilize with renewed vigor. And with a more clear understanding of the challenges that lay ahead, they returned to a growing global movement that is increasingly building bridges across cultures, class, ideology and economic sectors.

At the same time, hundreds of our partners and friends stayed inside Warsaw’s National Stadium to keep pushing, lobbying, and ensuring that civil society’s voice was heard.

We are under no illusions about the scale and challenge of the coming years of transition. We’re literally changing the energy systems of 194 countries from polluting fossil fuels to clean energy sources. At the same time, we have to adapt to rapid shifts in the earth’s natural systems that are vital to sustaining life itself. 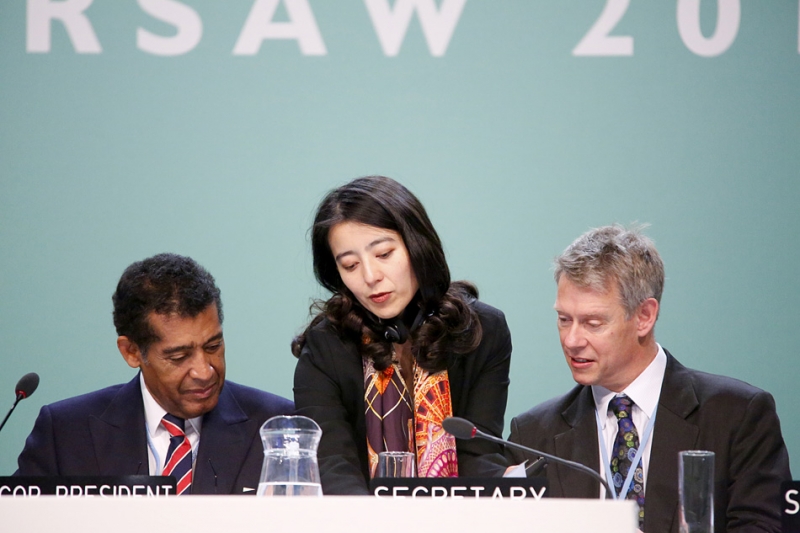 Governments know this, but as they argued over tiny steps toward solutions, they didn’t notice that the mass mobilization is well under way. It may not yet be reflected in this multilateral process, but the world was and is changing around them.

We are taking this fight to every possible front. International groups like 350org are collaborating with local civil society groups to host national and regional Power Shifts. Activists with groups like Greenpeace are risking arrest, incarceration and worse to directly confront the fossil fuel companies. We’re aggressively promoting renewables and energy efficiency around the world. Our partners are pushing hard to phase-out the more than $500 billion spent on fossil fuel subsidies each year, while at the same time accounting for the effects of climate pollution by putting a price on carbon.

Social movements in Latin America, Africa and Southeast Asia are working with the most climate vulnerable communities to identify and build exactly what they’ll need to adapt. Activist investors and academics are exposing and deflating the carbon bubble before it pops. Major funds and large multilateral finance institutions are heeding to public pressure and slowly moving away from financing the most polluting sources of energy. We’re working on transportation emissions – developing policies and technologies to reduce emissions in autos, aviation and shipping.

We’re working on land-use change, pioneering climate smart forms of agriculture, targeting illegal deforestation, and incentivising the protection of the world’s largest carbon sinks. And all of that is just a tiny slice of what’s in the works. Governments may not yet feel it, but that’s about to change.

Looking forward from Warsaw, we know many countries, cities, and states plan to hold elections next year. Our partners and friends are mobilizing citizens around the world to demand climate action from their governments at every scale. We’ll also see climate change rocket back to the top of the international political agenda.

The United Nations Secretary General, Ban Ki-moon, has put world leaders on notice to bring bold pledges and action to his Climate Summit in September. And we’ll have at least two more rounds of UN Climate Talks – each an opportunity to further pressure governments to step up climate action – before convening again at COP20 in Peru. All crucial opportunities to keep pressing our respective countries around the world in the lead-up to a 2015 deal.