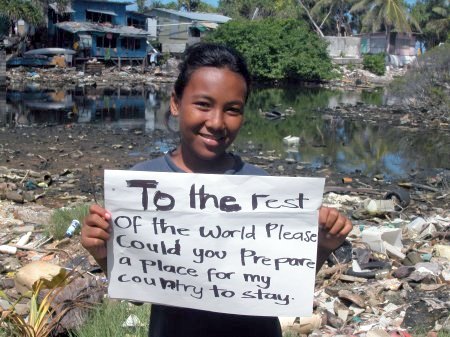 This child hails from Tuvalu, a Polynesian island nation located in the Pacific Ocean between Hawaii and Australia.

Up to 70% of Pacific Island dwellers would have to migrate due to climate change. This was said at COP21 today.

The United Nations University Institute for Environment and Human Security (UNU-EHS) the United Nations Economic and Social Commission for Asia and the Pacific (UNESCAP) presented the first nationally representative household survey conducted on climate change and migration in the Pacific. The survey covered 6,852 individuals representing 852 households in Kiribati, Nauru and Tuvalu. 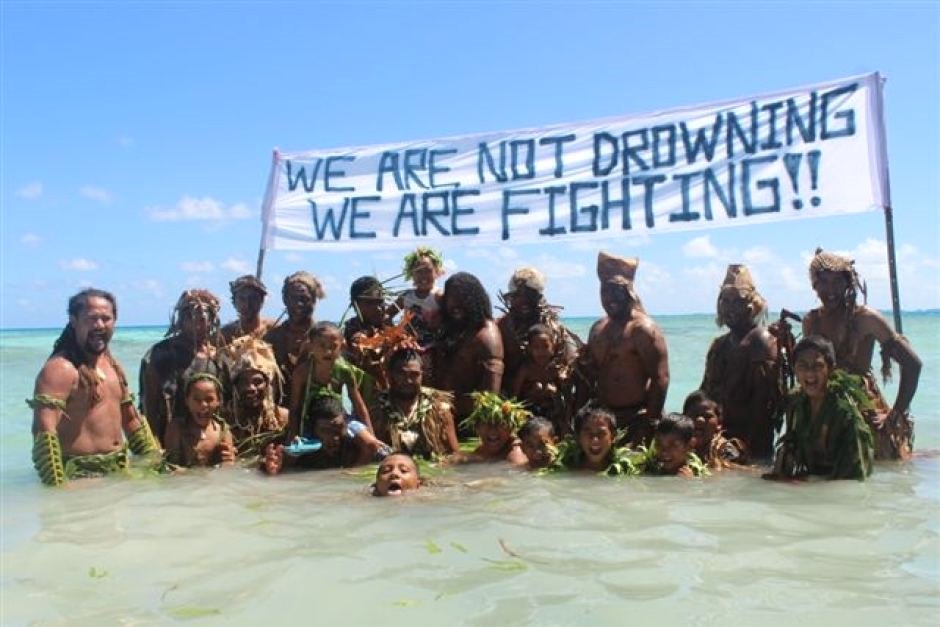 “The results from this unprecedented survey show us empirically what we already know,” says Right Honorable Enele Sosene Sopoaga, Prime Minister of Tuvalu, “Pacific islanders are facing the brunt of climate change impacts and are increasingly finding themselves with few options.” 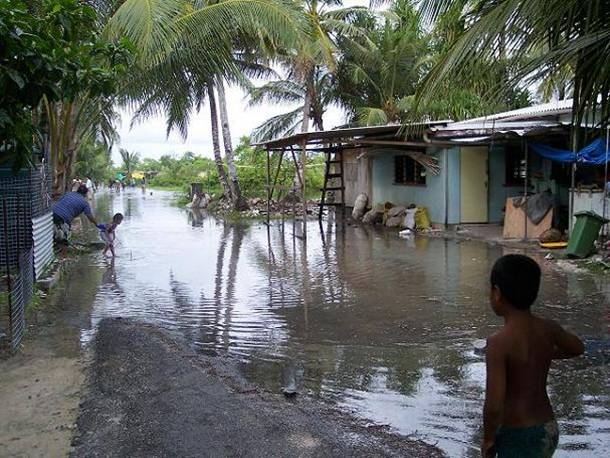 “In Paris, we call on world leaders to address climate change and human mobility in the new climate agreement,” says Dr. Koko Warner, Senior Expert at UNU-EHS, “This issue is not only a Pacific issue; it is a global issue. All countries will be affected by people on the move in relation to climate change, whether they are origin, transit, or destination countries.”

Between 10 and 15% have already migrated

The survey found that 10 per cent of people in Nauru and 15 per cent of people in Tuvalu have already migrated internationally between 2005 and 2015. Based on survey findings, researchers also modeled future migration scenarios. Assuming a medium climate change scenario (such as in the IPCC 5 Assessment Report´s RCP 6, 2 degrees warming by 2100), by 2055 international migration trips for Kiribati and Tuvalu will increase by 35 per cent and 100 per cent respectively. 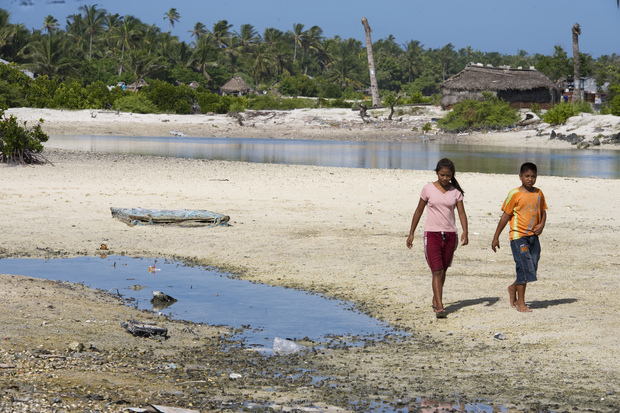 Locals in Tebikenikora, a village in the Pacific island nation of Kiribati. United Nations Secretary-General Ban Ki-moon visited the area in 2011 to discuss villagers’ concerns about the effects of climate change on their low-lying land. Image: UN Photo/Eskinder Debebe

“For migration to help people adapt, it must be one of a wide array of choices that improve living conditions, not as a last resort,” said Peter Craig-McQuaide, Head of Sustainable Energy and Climate Change Unit in EuropeAid. The survey found that remittances and more diversified income from migration could improve resilience to environmental stressors and the capacity to cope with future climate change impacts.

“However, for migration to be an option that improves people’s lives rather than making them more vulnerable, countries need to account for human mobility in their domestic and regional policies to ensure that if people must move they can do so in safety and dignity,” concludes Mr. Craig-McQuaide.