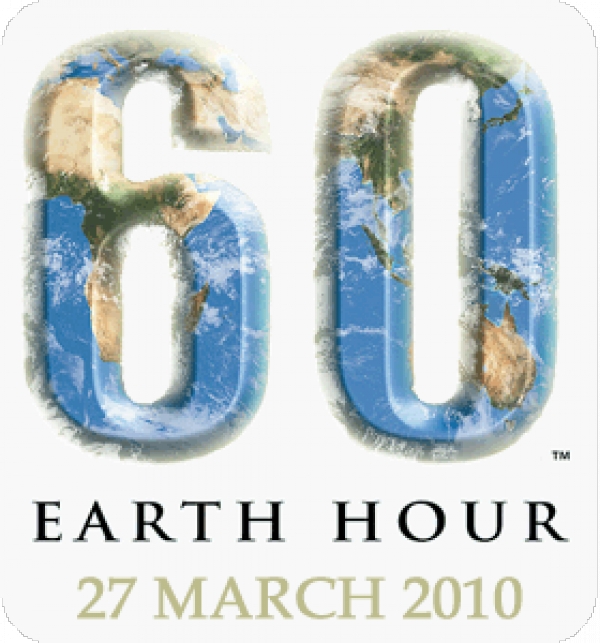 Thousands of offices at some of the world’s leading corporations supported WWF’s Earth Hour ‘lights out’ initiative this year, joining the call for effective action on climate change. Companies encouraged staff to join the hundreds of millions of other individuals from every continent who turned their lights off for one hour at 8.30 pm on Saturday, 27 March.

The companies are emphasising that while corporate support for Earth Hour represents a symbolic action, there is also a critical need for more real action on climate change. Locally, companies including Nedbank, ABB, Pick n Pay, Virgin Active, Vodacom and Woolworths have committed their support.

‘As such energy efficiency and reducing carbon emissions are key focus areas for Woolworths. This approach forms part of Woolworths Good Business Journey – our plan to reduce Woolworths’ impact on people and planet. For this reason we supported Earth Hour by turning off the lights at our head office complex, and running an awareness campaign for our employees (as part of a broader energy saving program) and customers through our various electronic media,’ he added.

On an international level, the ABB Group ran an intranet campaign to its 117,000 employees inviting them to participate by switching off non-essential lights and equipment before leaving office buildings on Friday, March 26 and encouraging them to involve their families and friends. Energy savings and energy efficiency is a key focus for ABB, both in its own activities and through the products, systems and services offered to customers. ABB South Africa is encouraging its 1,500 employees and their families to support Earth Hour 2010 for the second year. Virgin Active gyms across the country handed out candles to their members and closed early on Saturday evening.

Pick n Pay are spreading awareness of Earth Hour in all stores.

‘Since Pick n Pay was established over 40 years ago, we have placed great priority on environmental issues and sustainable practices, and have continually sought ways to promote awareness and opportunities for positive action,’ says Director of Sustainable Development, Bronwen Rohland.

‘We understand that Climate Change is one of the most serious challenges facing our world. Pick n Pay supports Earth Hour and we invite all our customers and staff to take part in this historic and inspiring event.’

Nedbank participated in the WWF Earth Hour event by switching off the lights in at least 30 buildings around the country including Nedbank campus sites, regional offices and selected branches around the country between 8.30pm and 9.30pm on Saturday 27 March. South Africa’s green bank also called on all other businesses, communities and individuals to do the same – for the sake of the planet and the future of all those who call it home. Nedbank also encouraged its entire 29,000 staff member to join the initiative to switch the lights of and make a stand for climate change.

‘It is imperative that individuals and businesses don’t underestimate the power that the Earth Hour affords them to drive the change needed to save our planet from a potentially devastating threat,’ said Maseda Ratshikuni, Head of Cause Marketing at Nedbank.

‘Earth Hour is about far more than a novel way to spend 60 minutes in the dark,’ he points out, ‘it’s a truly global call to action, and an opportunity for the world to put aside its differences for an hour, stand together on an issue that affects us all equally, and take responsibility for our future.’

According to Ratshikuni, Nedbank‘s support of, and involvement in, Earth Hour is the result of their commitment to the environment, their successful 20 year partnership with WWF SA and the recognition of the potential the initiative offers to create real and lasting change by raising awareness of global warming and encouraging behavioural change among companies and individuals, and sending a clear message to the world’s leaders that the people of this planet demand action on climate change.

Since 2006, Nedbank has had an internal program in all its major facilities to reduce carbon emissions, electricity, water and paper usage and to increase recycling of all water.

‘The implementation of sustainable business practices is not just an environmental imperative, it’s a commercial one, too,’ said Earth Hour Executive Director Andy Ridley.

‘Earth Hour brings together cities, communities, businesses and individuals on the journey to positive action on climate change.’