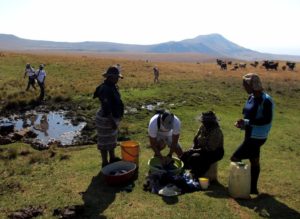 Today, the North Gauteng High Court set aside the 2016 decisions of former Mineral Resources Minister Zwane and the late Environmental Affairs Minister Molewa to permit a new coal mine to be developed in the Mabola Protected Environment near Wakkerstroom, Mpumalanga.

The case was brought by the coalition of eight civil society organisations challenging a range of authorisations that have permitted an underground coal mine in a strategic water source area and a protected area.

The Mabola Protected Environment was declared under the Protected Areas Act in 2014 by the Mpumalanga provincial government as part of the declaration of more than 70 000 hectares of protected area in the Mpumalanga grasslands. This followed years of extensive research and planning by a number of government agencies, including the Department of Environmental Affairs, the South African National Biodiversity Institute and the Mpumalanga Tourism & Parks Agency.

In 2016, without public consultation and without notice to the coalition, the two Ministers gave their permission for a large, 15-year coal mine to be built inside the Mabola Protected Environment.

The Court set aside the permission and referred the decision back to the two Ministers for reconsideration on the basis that the Ministers did not take their decisions in an open and transparent manner or in a manner that promoted public participation, and that the decisions were therefore procedurally unfair.

The court criticised the Ministers for relying on the processes followed by other decision-makers instead of exercising their discretion under the Protected Areas Act independently, referring particularly to their failure to apply a cautionary approach when dealing with “sensitive, vulnerable, highly dynamic or stressed ecosystems” as “an impermissible abdication of decision-making authority”.

The court also held that: “A failure to take South Africa’s international responsibilities relation to the environment into account and a failure to take into account that the use and exploitation of non-renewable natural resources must take place in a responsible and equitable manner would not satisfy the ‘higher level of scrutiny’ necessary when considering whether mining activities should be permitted in a protected environment or not. Such failures would constitute a failure by the state of its duties as trustees of vulnerable environment, particularly where it has been stated that ‘most people would agree, when thinking of the tomorrows of unborn people that is it a present moral duty to avoid causing harm to the environment.'” 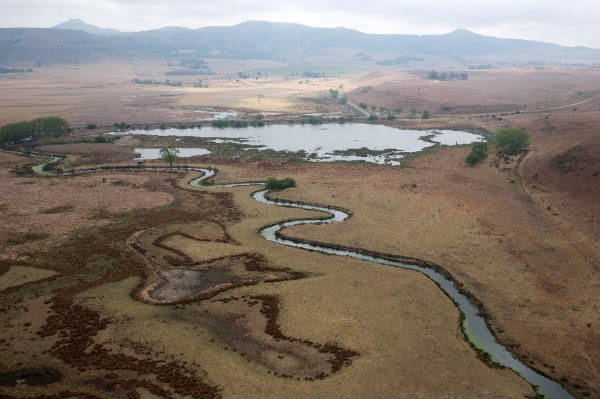 The permission for this mine given by Molewa and Zwane was the first in South Africa for a new mine to be permitted in a protected environment. Earthlife Africa, the Mining and Environmental Justice Community Network of South Africa (MEJCON-SA), the Endangered Wildlife Trust, BirdLife South Africa, the Federation for a Sustainable Environment, the Association for Water and Rural Development (AWARD), the Bench Marks Foundation and groundWork, represented by the Centre for Environmental Rights, challenged the late Environmental Affairs’ Minister’s and the former Minerals Minister’s decisions to allow this mine to go ahead.

The court ordered that on reconsideration of the application for permission to mine in the Mabola Protected Environment, the Ministers are directed to:

The High Court expressed its criticism of “a disturbing feature in the conduct of the Ministers” and endorsed the submission made by counsel for the coalition that “ethical environmental governance and behaviour is enhanced simply by exposing it to the glare of public scrunity”. What resulted was “an unjustifiable and unreasonable departure from the PAJA presripts and lead to procedurally unfair administrative action.” The High Court ordered the Ministers and MEC to pay the coalition’s legal costs on an attorney and client (punitive) scale.

“South Africa has long recognised that the grasslands of Mpumalanga, KwaZulu-Natal and Free State are incredibly important to South Africa’s natural heritage. The grasslands are important water sources, and home to a range of production sectors that underpin economic development. In the case of Mabola, the Protected Environment falls inside a strategic water source area which feeds some of South Africa’s biggest rivers,” says Yolan Friedmann, Chief Executive Officer of the Endangered Wildlife Trust. “Moreover, protected areas not only help protect our biodiversity – particularly our incredible wildlife – and important natural ecosystems, but are also a key part of South Africa’s reputation as a global tourist destination.”

Mashile Phalane, spokesperson for the Mining and Environmental Justice Community Network of South Africa (MEJCON-SA) says: “This judgement is a victory for environmental justice. We want to see protected areas actually protected against mining by our government as custodians of the environment on behalf of all South Africans. This custodianship is violated if decisions that have such important consequences are taken behind closed doors. MEJCON-SA is deeply invested in issues of accountability. This judgement reinforces the fundamental importance of fair and transparent decision making.”

Catherine Horsfield, attorney and mining programme head at the Centre for Environmental Rights, welcomed the judgement. “It confirms to government and to all developers proposing heavily polluting projects in environmentally sensitive areas in South Africa that exceptional circumstances must be shown to exist to justify that proposed development. South Africa is a water-stressed country, and the Mabola Protected Environment, where the coal mine would be located, has particular hydrological significance for the country as a whole.

“The judgement also confirms the foundational principles of our law that went awry when the Ministers made their decisions to permit mining here. These are that no decision of this magnitude can be made unless a fair, proper and transparent decision making process has been followed.”