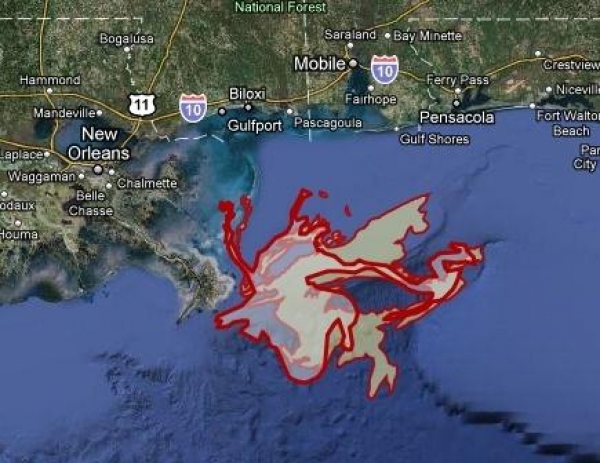 It all began began on April 20th when the Deepwater Horizon oil rig exploded, caught fire, then sank in the Gulf of Mexico off Venice, Louisiana, leaving 11 crew members presumed dead.

The significant crude oil leak resulting from the devastating event poses a serious threat to wildlife, affecting as many as 400 species along the coastal areas of Louisiana, Mississippi, Alabama, and Florida.

Many agencies are working to contain this crisis, but the outcome is questionable. Between 200,000 and 1 million gallons of oil are gushing into the ocean every day, and may continue to do so for another 90 days. BP’s disaster will soon eclipse the infamous Exxon Valdez as the worst oil spill in American history.

And that’s just the beginning: As the Obama administration was approving the disastrous BP drilling, it was also lifting the decades-long, nationwide moratorium on new offshore oil drilling. It plans to push similarly dangerous oil rigs into Alaska, the eastern Gulf of Mexico, and the Atlantic Coast from Maryland to Florida. As Interior Secretary Ken Salazar proudly boasted, it will be the biggest expansion of offshore oil drilling in 30 years.

We have to take action right away. The Center For Biological Diversity has set up a Gulf Disaster Fund, and they are accepting donations.

These are their plans going forward: