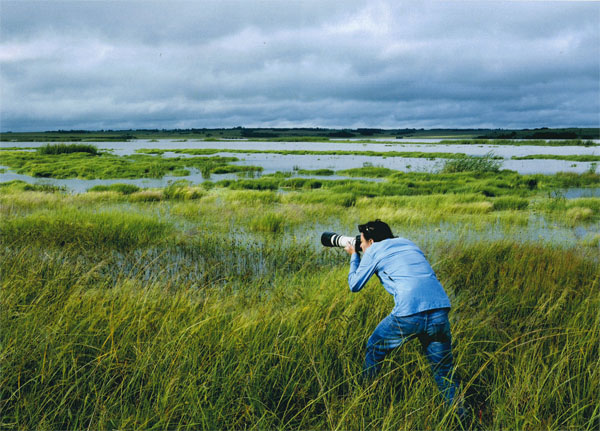 The wetlands of Chrissiesmeer, Mpumalanga are home to various frog species, insects, birds, small game and their predators. This includes various endangered species such as cranes, flamingos and allegedly some newly discovered endemic species of fish and frogs.

As South Africa continues to battle the drought which is further impacting on already scarce water supplies, the Endangered Wildlife Trust (EWT) is implementing measures to conserve wetlands – a primary source of fresh water – and to prevent the loss of water resources to alien invasive plants.

Since long before the era of the Egyptian Pharaohs, wetlands have supported the livelihoods of successive generations of African communities. Despite all the social, economic and technological changes that have taken place over the centuries, communities across the continent continue to depend primarily on wetlands for water, food and fibre. Two of the most important wetland ecosystem services affecting human wellbeing involve fresh water availability and fish supply.

The principal supply of renewable fresh water for human use comes from an array of inland wetlands. Physical and economic water scarcity and limited or reduced access to water are both major challenges facing South African society and key factors which could limit sustainable economic development. Apart from providing goods and services to humans, wetlands have for millennia provided breeding and feeding habitats for birds, mammals, reptiles and amphibians.

The Chrissiesmeer Protected Environment (which forms part of the protected area network of South Africa) comprises over 300 lakes and pans, as well as other wetland types. Due to its richness in wetlands and water birds it is a proposed Ramsar site (wetland of international importance). Many of our threatened bird species depend on wetlands for their survival. These include the Grey Crowned Crane which uses the Chrissiesmeer wetlands for breeding in the summer months. The health of these wetlands is negatively impacted by invasive alien plants such as Black Wattle and bluegum trees, which take up huge amounts of water which would otherwise have flowed into the wetlands, thus impacting negatively on the amount of water available within the wetlands for use by plants, animals and humans.

Ursula Franke, Senior Field Officer for the EWT’s African Crane Conservation Programme notes that there is a visible difference in water quantities when comparing wetlands where alien invasive clearing has not been undertaken to that in cleared wetlands.

Communities living within the Chrissiesmeer Protected Environment can celebrate the start of a new invasive alien clearing project this World Wetlands Day (2 February). Funded by the Department of Environmental Affairs, the project will focus on local job creation through the clearing of invasive alien plants, and will be undertaken in partnership with Eastern Wetland Rehab.

This will ensure the improved health of the wetlands and surrounding grasslands and thus have a positive impact on water availability for communities and cranes within the Protected Environment. The value of this is especially pertinent during this current dry period.