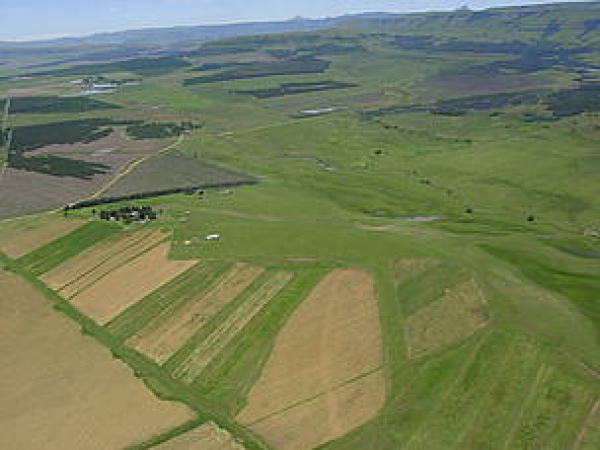 Nedbank’s R9 million investment in WWF South Africa’s Water Balance programme – which was announced at the end of August 2011 – has resulted in some impressive achievements in three nodes identified by WWF-SA as South Africa’s priority water production areas: the Umgeni node (in the Durban/Pietermaritzburg region of Kwazulu-Natal); the Garden Route node (George to Plettenberg Bay region of the Western Cape); and the Grasslands node (Mpumalanga).

In the Grasslands node, Nedbank’s investment has already resulted in 131 hectares of invasive alien plants being cleared, preventing approximately 271,000 kilolitres of water being lost. It has also supported the work of several dedicated farmers, created 12,366 person days of work and added to secondary economies in the area by providing 298 tons of charcoal and 345 tons of pulp wood.

In the Garden Route node (Keurbooms catchment area), an implementing agent has been appointed and progress has been made with two landowners who will be clearing 76 hectares of invasive alien plants that negatively impact on water.

In the Umgeni node, a further investment of R1.6 million has been leveraged through a partnership with the Critical Ecosystems Partnership Fund, enabling dedicated capacity to be allocated to implementing Water Balance.

“We are very pleased with the progress that has been made in the first year since we announced our investment. This project demonstrates our increased focus on water as a key part of our climate change response strategy,” said Brigitte Burnett, Head of Sustainability at Nedbank.

The bank’s investment in the WWF-SA Water Balance Programme is over a five year period and is aimed at balancing its annual operational water consumption of around 550,000 kilolitres through the removal invasive alien plants in high priority water catchment areas.

”Water is not a water sector issue only. It’s an economy and social wellbeing issue, thus requiring collective and concerted efforts from all sectors. It is this collaboration through the Water Balance Programme that has achieved the desirable results in such a short period of time. WWF hopes to see more forward thinking corporates, like Nedbank, take up the challenge of investing in a water secure South Africa” said Helen Gordon, WWF-SA Water Balance Programme Manager.

Essentially, Nedbank’s investment is improving catchment health in the Grasslands and Umgeni nodes and has provided the first funding for the Garden Route node in the Keurbooms catchment of the Western Cape.

Apart from having major environmental and water benefits, the clearing of invasive alien plants has also been proven to have tangible economic and social benefits. Economic benefits flow from the fact that water plays a major role in economic development and social benefits come from the labour intensive work created through the removal of invasive alien plant species.

Through its close involvement with the Green Trust, which it has funded to the tune of more than R115 million over the past two decades, Nedbank has been involved in several other projects aimed at combating threats to South Africa’s fresh water supply. These include the Enkangala Grasslands project, the Riparian Rehabilitation Project in the Kouga River Catchment area and the flood simulation project for the Pongola floodplain.

In addition, the Nedbank Foundation has financed R4.6 million for the distribution of 90-litre Hippo Water Rollers for mainly rural communities with little or no immediate access to clean drinking water. It has also funded the sinking of boreholes for some communities.

Nedbank Capital has also played a major funding role in several water infrastructure projects and acted as an adviser to the South African government on the Lesotho Highlands Water Project Phase II.

“We constantly strive to decrease our own impact on water by reducing our demand and balance our usage. This is driven primarily through continued staff awareness of the group’s water stewardship responsibilities; the installation of more water saving devices such as hydro taps and aerators; grey water facilities at our new green star rated buildings; and the collection and use of rain water to and recycled water for non-potable water requirements.”

“We also recognise the need to continually be extending and deepening our water sustainability journey and have made a commitment to investing in efforts that address issues of sustainability in the country,” said Burnett.