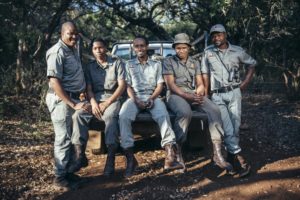 At every sighting, the team on the ground realise what a privilege it is to witness rhino in the wild. The fact that the rhino donors do not get to experience this daily but continue to support these creatures proves that there is hope for our endangered species yet.

A significant contributing factor to the demise of our rhino, other than poaching, is the loss of suitable habitat. The Black Rhino Range Expansion Project (BRREP) spearheaded by WWF Nedbank Green Trust and hugely supported by WILDLANDS – a programme of the WILDTRUST and Ezemvelo KZN Wildlife is fighting for this cause and have to date moved 216 Black rhino to new homes in Africa. 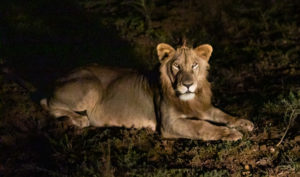 In November 2019, the 13th new black rhino population was created through BRREP that saw 17 Black rhino from across South Africa being relocated to Liwonde National Park in Malawi, two of these specially selected individuals came from Somkhanda Community Game Reserve.

“This was momentous step in the fight to bring Black rhino back from their critically endangered status. Witnessing the passion and dedication from so many different individuals and organisations coming together for a common cause is humbling and inspiring,” comments Pippa Orpen, Senior Monitor of Wildlife ACT based at Somkhanda Community Reserve.

Meiring Prinsloo, Somkhanda Community Game Reserve Manager added, “This translocation means so much for conservation and is a real motivator to the team on the ground to continue the important and often dangerous work of protecting our natural heritage.” 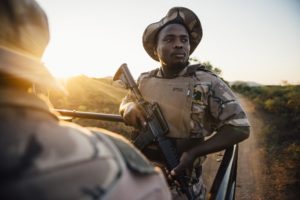 With all the horrifying news about rhino poaching, it is easy to lose hope. But whether one is a member of the anti-poaching unit or a rhino donor or adoptee, we must remember that we are making a difference, we are contributing to the survival of these endangered species, and we should be extremely proud.

WILDLANDS, a programme of the WILDTRUST, together with the Emvokweni Community Trust wishes to thank each and every donor, sponsor, adoptee for every penny and time given towards helping to conserve our wild heritage.

WILDLANDS offer a range of packages for the public to adopt the Somkhanda wildlife.