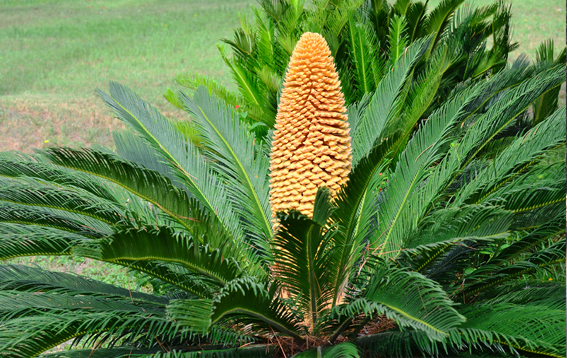 In a ground-breaking decision, and for the first time on record in the Eastern Cape and possibly in South Africa at large, an Encephalartos cycad poacher has been sentenced to ten years direct imprisonment by the Jansenville regional court.

The Endangered Wildlife Trust (the EWT) would like to commend the National Prosecuting Authority, Advocate Coetzee, and the members of the South African Police Service who arrested the aforementioned poacher and three others. This is a truly outstanding conclusion to this case and will hopefully send a strong message to would be perpetrators that it is not worth removing these endangered plants from the wild.

The case involved four poachers, arrested in 2014 for attempting to smuggle twelve Encephalartos lehmannii, the Karoo Cycad, to Johannesburg. The E. lehmannii is listed as a Protected species in the national list of Threatened or Protected Species, published on 23 February 2007. The matter, prosecuted by Advocate Coetzee in the Jansenville regional court, concluded on 24 June 2015, where the presiding officer, Magistrate Rene Esterhuize, sentenced three of the poachers (Shadrack Matambo, Desmond Manodawafa and Alex Khoza) to five years direct imprisonment and sentenced the fourth poacher (Sibusiso Khumalo) to ten years direct imprisonment for the same offences. Sibusiso Khumalo was sentenced to a lengthier jail term due to his previous two convictions for cycad poaching. The vehicle used in the commission of the offences was also seized and forfeited to the State.

The EWT wholeheartedly supports the work of all parties involved in bringing these poachers to justice and looks forward to seeing more cases concluded like this one in the future. They are active in awareness raising activities and enforcement training programmes specific to cycads, hosting various training interventions with law enforcement officials from mixed enforcement agencies including the South African Police Service.