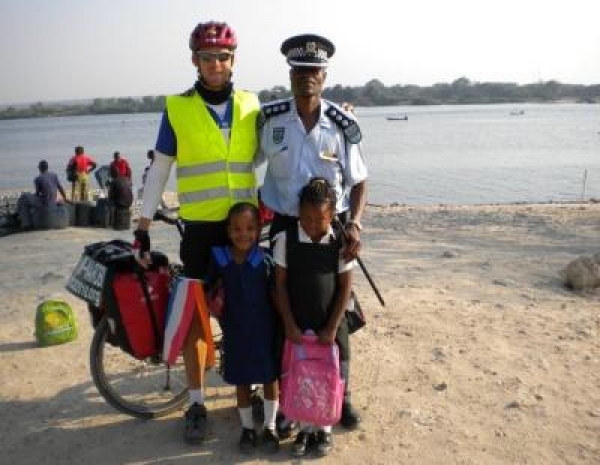 One in four people on this planet, including 550 million Africans living in rural areas, do not have access to electricity. This lack inhibits their economic development. Electricity can power their mobile phones, light their homes, and pump up water for irrigation. Renewable energy provides an affordable and eco-friendly way to improve their lives.

The Dutchman, Rick de Gaay Fortman (31) is undertaking a 7000 km journey from Cape Town to Nairobi to raise awareness for renewable energy in Africa. He has taken unpaid leave from his employers, Shell, to raise at least 50,000 euros to change the lives of more than 4000 schoolchildren in Zambia.

His proceeds will go straight to Solar Aid, a non-profit organization in Zambia and none will be used for the cost of the trip, which is aimed at fundraising and creating awareness. Among his list of sponsors are Lemnis Lighting, Triodos Foundation, The World Food Programme and Trees for Travel. These are mostly Dutch institutions.

On August 23, Rick arrived in South Africa. He started cycling from Cape Town on a 7000 km trip through Namibia, Botswana, Zambia, Malawi, Tanzania, Rwanda and Uganda, hoping to arrive in Kenya’s capital, Nairobi on December 15. On his way he stops at different schools, community centres and solar energy projects. 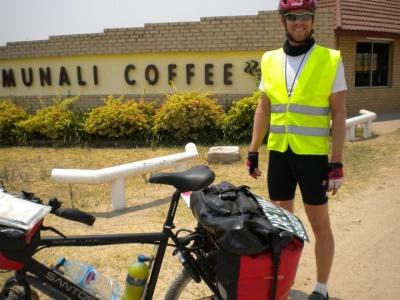 ‘My meeting with Namibian political leaders was definitely unforeseen. I stayed at a farm between Noordoewer and Grunau and the owner happened to be the head of protocol of the Namibian President. His cousin was Deputy Minister of Mines and Energy. This was unexpected and a pleasant surprise as it put me in touch with the highest authorities to promote my cause. During the trip I had many unexpected and wonderful encounters with people that have been extremely helpful in supporting my cause.’

Tons of environmentalists support Rick’s trip. Bear Grylls, the daredevil presenter on Discovery Channel’s ‘Ultimate Survivor,’ calls it ‘an epic journey for an epic cause.’

Lousewies van der Laan, vice-president of the European Liberals, says ‘Rick’s courage and determination are an example to any young person trying to combine adventure with a passion for making the world a better place.’

Bert Koenders, former Dutch minister of Development Coordination, says ‘In my experience, renewable energy for poor people is the best catalyst for sustainable economic development in Africa. That is why Rick’s initiative is not only admirable, but also essential. There must be much more political and commercial attention for the enormous opportunities that exist in this field.’ 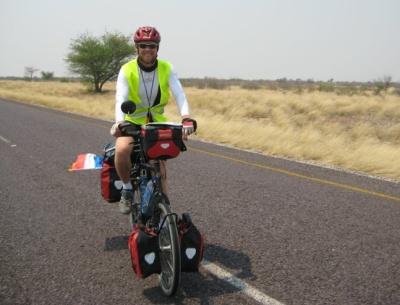 Since college Rick has always been involved in community work.

‘Throughout my education I always knew in the back of my mind that I would someday be involved with community projects,’ he says.

‘I am convinced that the future of energy, for my own generation and future generations, lies in sustainability.’

He dreams of starting his own business in renewable energy. Rick has currently entered Kenya for his last two weeks of cycling and has about 400 km left to Nairobi.