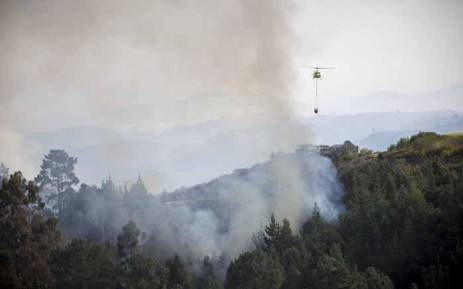 Democratic Alliance (DA) leader Mmusi Maimane will on Monday visit Knysna in the wake of the devastating fires which have claimed the lives of seven people, including children and left widespread damage across the region.

Maimane will visit residents affected by the inferno and assess the damage caused.

More than 12,000 people were evacuated from their homes due to the blaze.

The Knysna Municipality says the fires in the region have been contained and firefighters are now making sure they don’t spread any further.

The municipality’s Fran Kirsten says: “We’re very happy to report that the fires are all contained and we’ve no further incidents through the night and nobody was evacuated.

“So the teams are monitoring the situation and hopefully today they will be able to control the fire.”

Meanwhile, in the southern Cape, firefighters will remain on high alert in the Eden district.

The Western Cape government’s James-Brent Styan says: “The very good news is that the fire in the region has been contained.

“There are one or two points of concern but following some good work was done over the evening and early hours of the morning, we’re quietly confident that we might have won the battle.”

Knysna residents are counting the costs after deadly wildfires devastated the region.

The death of a woman over the weekend now brings to seven the number of people who’ve died in the blaze.

The announcement of Enala Manda’s death came shortly after news of volunteer firefighter 63-year-old John Blaauw’s passing as a result of the raging fires.

Manda’s relative, Alfonso Niyirenda, says that fourteen happy years in Knysna have now been marred by the loss of his family member.

On Wednesday, Bradley Richards, a 24-year-old Plettenberg Bay volunteer firefighter, died after flames caused him to suffer 70% burn wounds to his body.

A family of three, including a toddler who was about to celebrate his third birthday, also perished in the inferno last week.