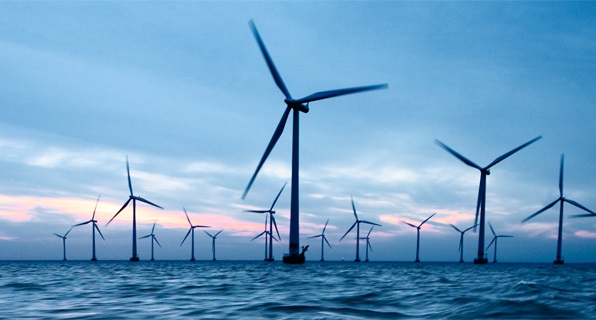 How could you tell if there’s an energy transition underway? Just ask Dong Energy. The $154 billion fossil-fuel company is abandoning all fossil fuels and changing its name to Ørsted, to honor the discoverer of electromagnetism.

Dong once stood for Danish Oil and Natural Gas. On Feb. 2, the company announced it will stop all use of coal by 2023. On Sep. 29, Dong sold all its oil and gas business. On Oct. 2, the company called for an extraordinary general meeting to ask for approval of the change of name. “This is no longer who we are,” said Thomas Thune Andersen, chairman of Dong’s board of directors. “Now is the right time to change our name.”

“Our vision is a world that runs entirely on green energy. Climate change is one of the most serious challenges facing the world today, and to avoid causing serious harm to the global ecosystems, we need to fundamentally change the way we power the world by switching from black to green energy,” Andersen said.

Its new name comes from the Danish physicist and chemist Charles Hans Ørsted, who in 1820 found that electric current produces magnetic fields. The discovery would prove key in understanding how to generate and transport electricity, and thus make electricity commercially available. The new name is also a nod to a key part of how wind turbines work: mechanical movement causes changes in the magnetic field which produces electricity.

From selling oil and gas, over recent years, Dong transformed itself into the world’s largest offshore wind farm company. Though the Danish government holds a majority stake in the company, it has been able to achieve this transformation without major financial troubles.

“It’s an astonishing transformation,” says Jens Houe Thomsen, an analyst at Jyske Bank told FT earlier this year. “It is hard to think of many other oil and gas companies that have made as big a shift as Dong has away from fossil fuels towards renewable energy.”

The company provides nearly half of all electricity and a third of all heat in Denmark. In 2016, Dong installed its 1,000th wind turbine. It is also slowly converting its coal-fired power stations to burn wood or household waste.

The Big Shift Global‘s vision is for all people to have access to clean and affordable renewable energy.