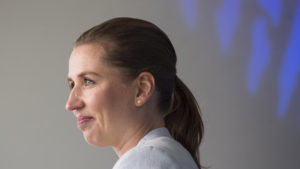 Social Democrat leader Mette Frederiksen, 41, became the country’s new prime minister on Wednesday, after she secured a political deal with three other left-wing parties to form a one-party minority government.

Under the agreement, the new government pledged to introduce binding decarbonisation goals and strengthen its 2030 target to reduce emissions by 70% below the 1990 level – the current target is 40%.

The left-wing alliance acknowledged this was “a very ambitious target” and that the last five points of emissions reduction to 70% would be “particularly difficult to reach”.

But the alliance warned “the world and Denmark are in a climate crisis” and that limiting global temperature rise is “not just the right thing to do, it’s also the most economically responsible one”.