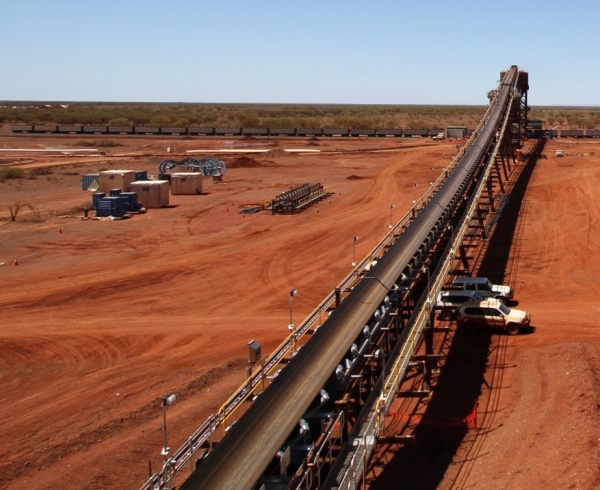 Africa faces rapid urbanisation and as its population continues to grow unabated, more and more people are moving to cities every single day. The situation is no different in Gauteng, with thousands of people flocking to Johannesburg and other cities in the province every year to find work. The province’s population now stands at over 12.3 million people.

“Nowhere else on the African continent is this dynamic of rapid urbanisation more vividly displayed than right here in the province of Gauteng, a metropolitan province lashed by the winds of inward migration from neighbouring provinces, the SADC region and indeed the entire continent,” says Gauteng MEC for Infrastructure Development, Qedani Mahlangu.

As the province becomes more urban, its cities need to become ‘smart cities’. To handle large-scale urbanisation, city officials are under pressure to find new ways to manage complexity, increase efficiency and improve the quality of life for the many citizens living in formal and informal settlements.

Much has been written recently about the growing concept of ‘smart cities’. Some definitions take a narrow view of the term, by seeing them as places that make better use of information and communication technology, but smart cities in a broader sense encapsulate an integrated approach to improving the efficiency of city operations, the quality of life for citizens, and growing the local economy.

In its bid to lead the way in forging Africa’s future ‘smart cities’, the Gauteng Provincial government is grappling with the challenges of creating sustainable economic opportunities, while finding ways to bridge the socio-economic and equality gap that is a legacy of apartheid.

“Creative and lasting solutions will need to be found to problems such as conditions of squalor in the province’s informal settlements, as well as environmental challenges such as the quality of the province’s water and air,” says MEC Mahlangu.

In line with the Province’s Vision 2055 the Gauteng Department of Infrastructure Development is working in collaboration with the Gauteng Planning Commission to craft the Gauteng Integrated Infrastructure Master Plan. The master plan will set out plans to enhance the quality of life of citizens in a globally competitive Gauteng city region. With the master plan, emphasis will be on ‘quality of life’ for Gauteng citizens, in contrast with other general infrastructure plans that often emphasise construction of projects, jobs to be created, and other economic spin-offs. ÂÂ

A holistic look at population trends

“With our province’s vision, we are embarking on an ambitious, pioneering, and even bold social engineering project,” explains Mahlangu. “The plans takes a holistic look at the population trends of the province, factoring in the current land mass and use, reading the geopolitical and socio-economic milieu, as well as the technological and environmental innovations and using all of these to predict challenges of the future, and work out solutions in advance,” she says.

The Master Plan will be complemented with the creation of a provincial ‘Planning House’. The proposed “Gauteng Urban Planning and Exhibition Centre” will contain a scale model of the province with representations of each and every building in the city, every highway, railway, gas pipeline, data pipeline, electricity, telephone, rivers, water infrastructure and formal and informal settlements to assist with the ongoing master planning process. The concept has been used in other city regions that have adopted the master planning approach – notably Singapore and Hong Kong.

“With good infrastructure planning, we can over a period of a few decades raise the standard of life in Gauteng, and thereby enhance the continued attractiveness of this province to investors and professionals, looking for a place where their innovation and ingenuity can find expression,” concludes Mahlangu.

The conference, hosted at the Sandton Convention Centre on the 16th & 17th July, brings together public and private sector infrastructure experts and businesses to discuss “Africa’s future cities and managing Africa’s urban development.”